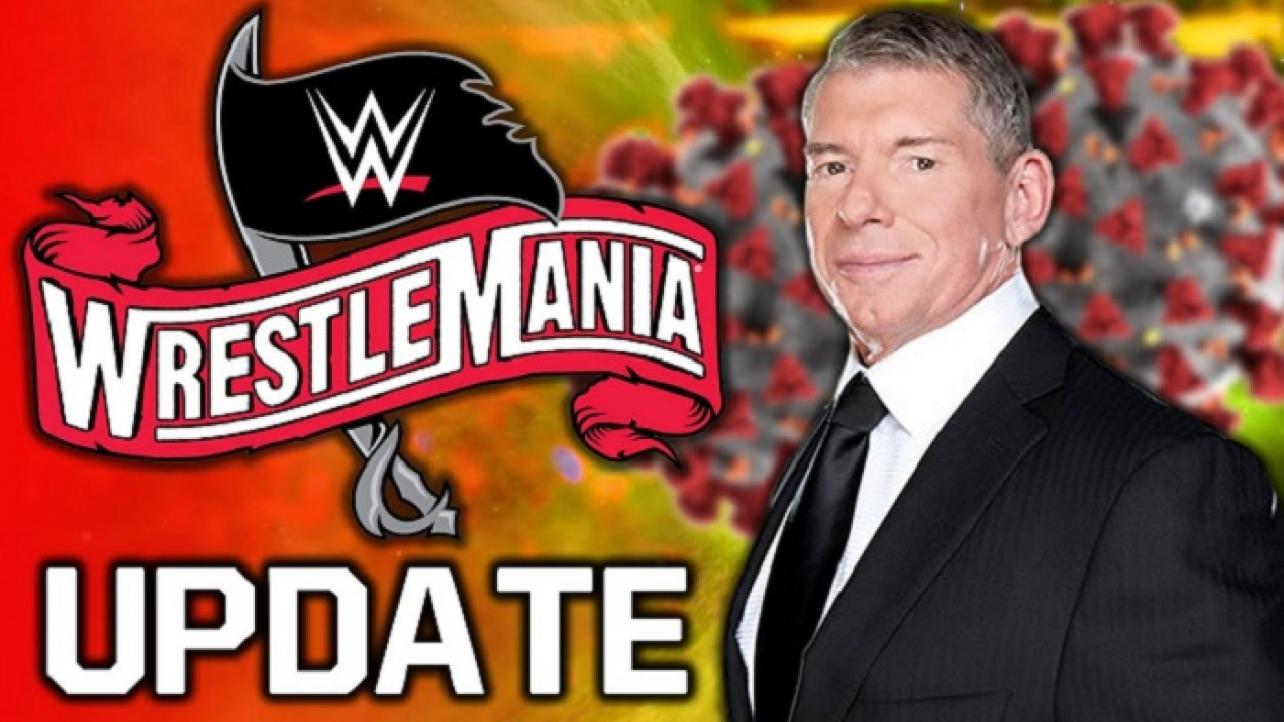 WrestleMania 36 Spoilers: More Superstars Pull Out Of Show, WWE Forced To Remove Others With Fevers

Apparently Roman Reigns isn’t the only WWE Superstar that has pulled out of WrestleMania 36, as a growing list of names that the company is keeping confidential will not be included in this year’s two-night pay-per-view special for a wide-variety of reasons.

Outside of the breaking news on Thursday evening regarding “The Big Dog” pulling himself from his scheduled WWE Universal Championship match against Bill Goldberg at WrestleMania 36 due to health concerns related to the Coronavirus Pandemic and his previous battle with Leukemia, there are other names that are “being kept confidential” by WWE that will not be part of the shows next weekend.

According to Dave Meltzer in this week’s issue of the Wrestling Observer Newsletter at F4WOnline.com, multiple additional WWE Superstars will not be part of WrestleMania this year after informing the company that they were feeling ill.

In these situations right now, due to the Coronavirus Pandemic, WWE is immediately pulling talent off of shows when they are claiming to be sick.

In other cases, WWE Superstars arrived at the WWE Performance Center in Orlando, Florida — the site of the tapings for this year’s two-night WrestleMania 36 taped pay-per-view events — with slight fevers above 100.4 F, which was WWE’s cut-off point for not allowing talents to work.

Additionally, there were some employees and other wrestlers who reportedly told WWE that they were simply not comfortable flying in to Orlando for the show for various reasons.

WWE has apparently told all wrestlers and employees that if they do not feel comfortable traveling during the Coronavirus Pandemic, they absolutely do not have to, and that such a decision was promised not to negatively affect them in any way, shape or form when it comes to booking / creative decisions, or anything else related to their WWE careers going forward.

For those who missed the initial report regarding Roman Reigns shockingly informing WWE that he is refusing to work WrestleMania 36 after working recent empty arena Friday Night SmackDown shows, click here to read the original article here at eWrestling.com!

Finally, for an exclusive potential *spoiler* update on his rumored replacement for the WWE Universal Championship match against Goldberg at WrestleMania 36, click here to read the follow-up article here at eWrestling.com!

We will keep you posted as updates continue to surface regarding WWE Superstars pulling out of WrestleMania 36, how WWE plans to handle the changes to matches advertised for the show and more right here at eWrestling.com! Another great way to keep up with late-breaking news, rumors and spoiler updates is to follow us on Twitter @MattBoone1984!

This is getting crazy …#BREAKING #UPDATE on #WWE stars (MANY in addition to #RomanReigns) REMOVED from #WrestleMania36 for a growing wide-variety of reasons (some refuse to work, others forced off due to medical issues) (#WrestleMania)

WrestleMania 36 Spoilers: More Superstars Pull Out Of Show, WWE Forced To Remove Others With Fevers