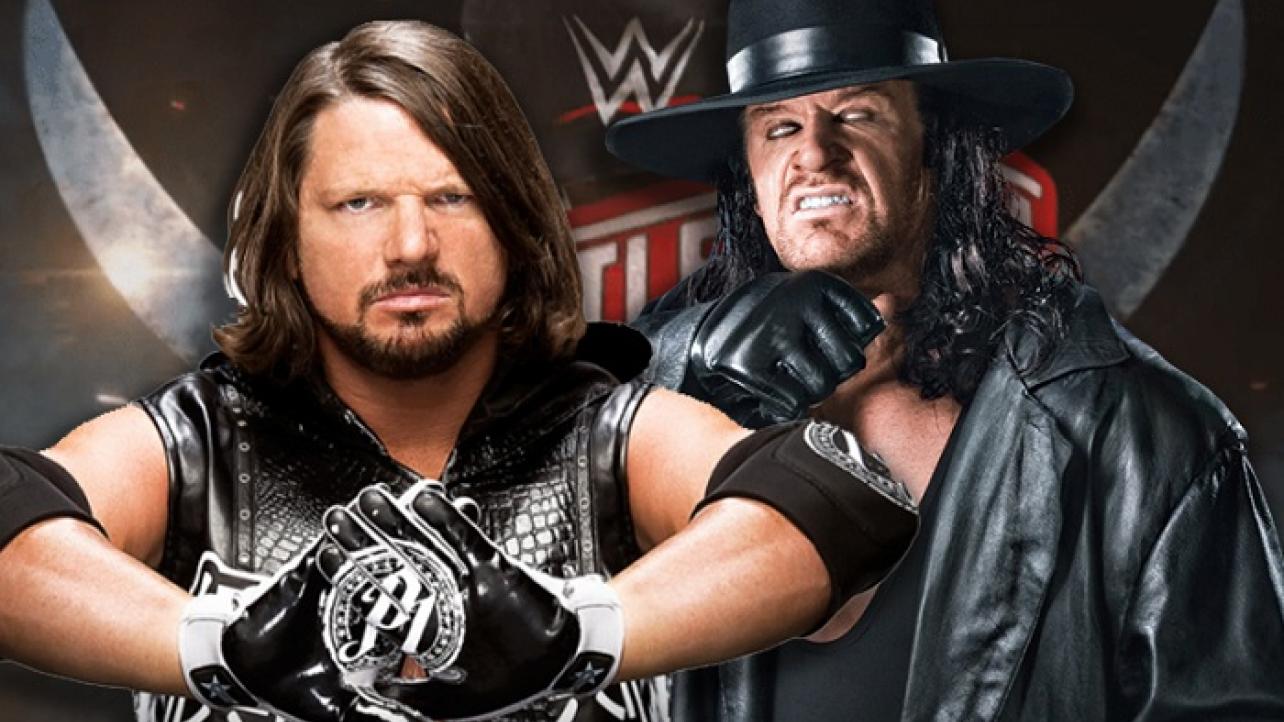 WrestleMania 36 Spoilers: Updates From Taping Of The Undertaker vs. A.J. Styles “Boneyard Match”

Some updates and spoilers shedding light on the first-ever WWE Boneyard Match between The Undertaker and A.J. Styles at WrestleMania 36 have surfaced.

Although WWE has yet to give any specific information regarding what exactly a “Boneyard” Match is, Dave Meltzer wrote in this week’s issue of the Wrestling Observer Newsletter at F4WOnline.com that it sounds like it will take place in a mock-cemetery setting of some kind.

“The Phenomenal One” recently confirmed this on his official Mixer channel, noting that it is pretty much a “Buried Alive” or “Graveyard Match,” but WWE stayed away from calling it that due to the Coronavirus Pandemic that is currently sweeping the nation.

Styles then went on to indicate that it would basically be a No Holds Barred type of Street Fight, except that it will take place in the mock-cemetery stage.

As noted, WWE has already taped the match, along with the rest of the content for this year’s WrestleMania 36: Too Big For One Night pay-per-views during their WWE Performance Center tapings and television shoots throughout this past week.

The majority of the two-night PPV event scheduled to premiere on Saturday, April 4th and Sunday, April 5th were taped on Wednesday, March 25th and Thursday, March 26th. We have posted several details and spoilers from the WrestleMania 36 two-night taping at the WWE PC this week.

WrestleMania 36 Spoilers: Updates From Taping Of The Undertaker vs. A.J. Styles “Boneyard Match”