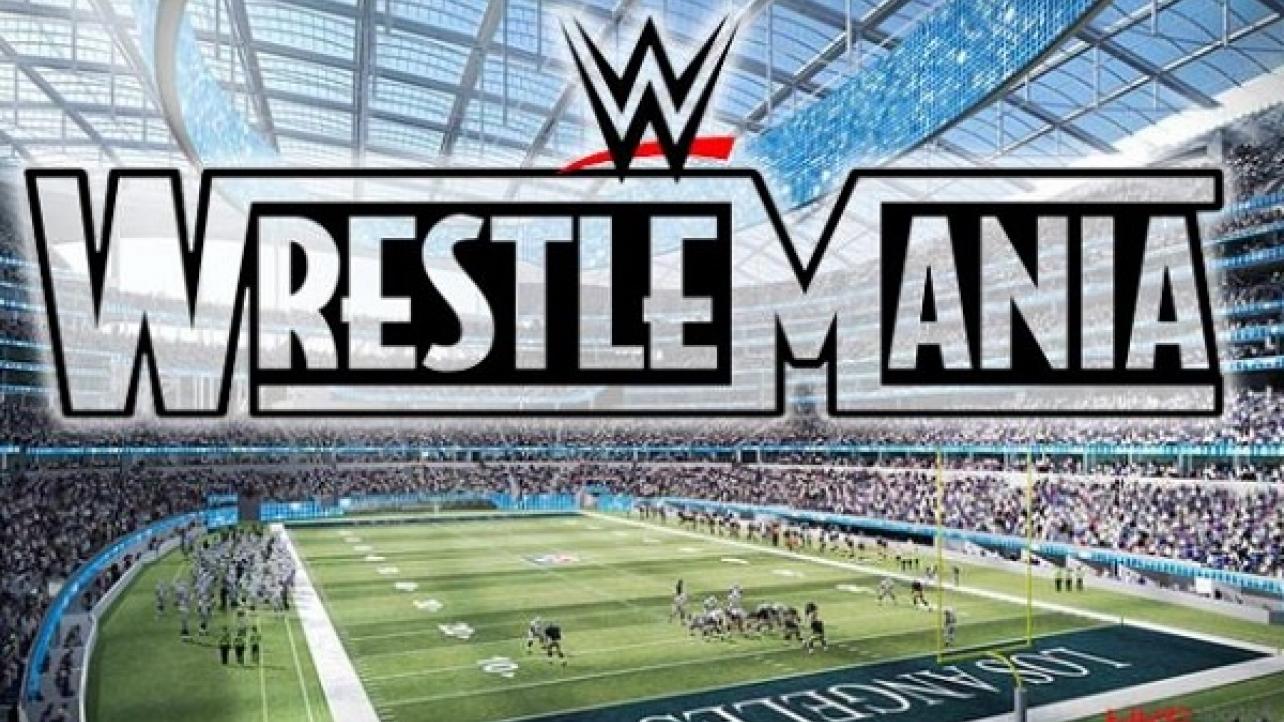 WrestleMania 37 To Take Place At New Football Stadium In Los Angeles, CA. In 2021?

According to the Wrestling Observer, WWE’s biggest event of the year is most likely headed to the west coast for 2021.

Reports indicate that the new football stadium being constructed in Hollywood Park Los Angeles, which will supposedly hold up to 100,000 people, will be WWE’s host for WrestleMania 37 (Next year’s in Tampa will be event number 36).

WWE originally wanted the stadium for 2022 so that they could claim the new attendance record after several events had been run, including the Superbowl the February prior to Mania 37, but the city of L.A. apparently pushed for 2021 to test out the possible traffic concerns that caused such a big ruckus after this past year’s rendition at MetLife.

WWE has yet to officially announce the deal.

WrestleMania 37 To Take Place At New Football Stadium In Los Angeles, CA. In 2021?