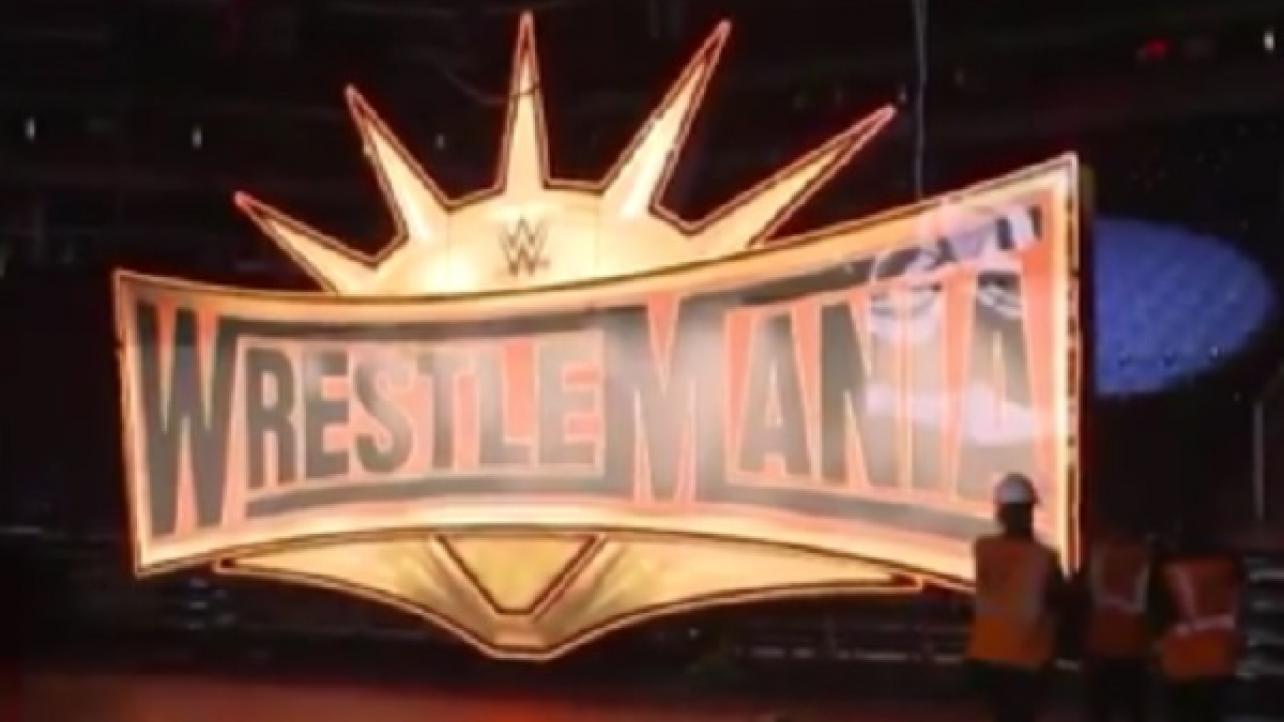 – WWE released the following footage of the WrestleMania 35 banner being raised inside the Talking Stick Resort Arena ahead of tonight’s post-Royal Rumble edition of WWE RAW in Phoenix, Arizona. Make sure to join us here at eWrestling.com this evening for live play-by-play results coverage of WWE RAW.