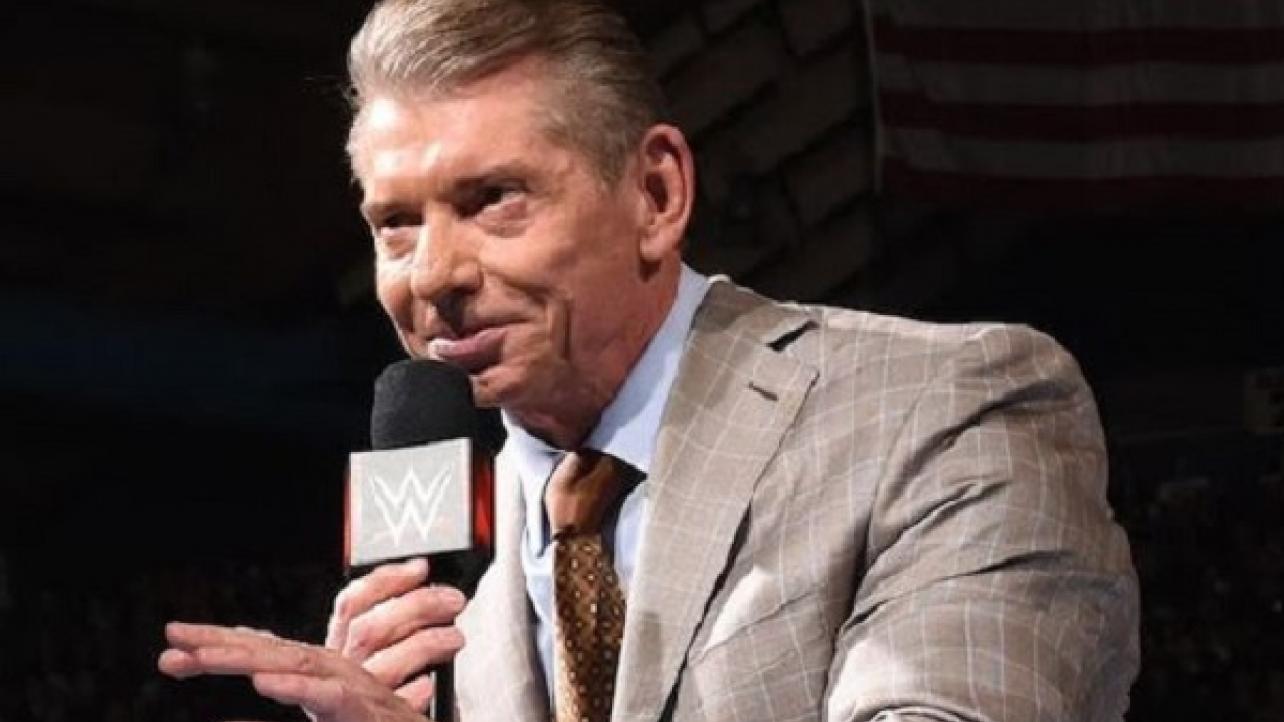 As noted, on Thursday WWE released their 2018 Q4 earnings report. To go with the release, WWE held a conference call featuring Vince McMahon and other WWE executives.

Featured below, courtesy of Jason Powell and ProWrestling.net, is a complete recap of the call.

-The call was hosted by WWE Chairman & CEO Vince McMahon, Co-Presidents George Barrios and Michelle Wilson, and and WWE Investor Relations Michael Weitz. Weitz read through the legalities and turned the call over to Vince.

-Vince spoke about how they set financial records and said “we know what we’re doing.” He noted that they completed their television deals with FOX and NBCU. He said both parties will give them more exposure. He touted the financial success of the Greatest Royal Rumble and WWE Super Show-Down stadium shows. He also spoke about some of the additional programming and noted that they held the first women’s pay-per-view.

-Barrios and Wilson read through the financial presentation. Barrios cited Crown Jewel and Super Show-Down as key drivers of revenue growth. Barrios gave extra attention to the live events section. It was noted that they ran fewer live events and chalked it up to running special events such as Crown Jewel and Super Show-Down. Barrios noted that they do not intend to host a conference call the day after WrestleMania this year as they’ve done in the past.

-Weitz opened it up to callers. The first caller asked about any potential investments the company may make, and also asked about the UK process. Barrios spoke of local content and localization of their current content. He said they will put more people in key international markets. He said they are still working on some key rights deals in some of their bigger international markets and noted that they won’t release down the numbers per market. He said they should have all of their agreements in these markets done by the middle of the year.

-The next caller asked about the metrics of having a second season of Mixed Match Challenge on Facebook Watch. The caller noted that it has not been renewed for a third season. He also asked about the possibility of adding a third hour of Smackdown. Wilson said they learned a lot about producing content for Facebook and said that Facebook worked closely with them. Barrios said they have produced six hours of live content on Mondays and Tuesdays. He mentioned WWE Main Event and 205 Live. He said live content is valuable and said they have to think about what’s the best platform for each piece of content. He said they are doing that evaluation now and once they finalize that they will let everyone know.

-Barrios responded to a question about future big international shows by stating that they have a ten-year agreement to produce content in the Middle East (Saudi Arabia), but he wouldn’t comment on any additional large scale international shows they may be planning. He noted that the fourth quarter of 2019 should see a big increase due to the new television rights deals going into effect.

-A caller asked about another wrestling organization entering the market (All Elite Wrestling). Barrios kept his response brief by saying that it’s too early to get a feel for what the impact will be, but stressed that they feel they are the premier brand in the world.

-A caller asked about WWE business in China. Wilson mentioned their distribution partner and said they are delivering Raw and Smackdown in Mandarin.

-The next caller asked about future WWE Performance Centers in new locations and now close they are to opening. Barrios didn’t announce any new markets.

-A caller asked about free cashflow conversion. Barrios said he was going to stay away from answering that while citing that they need to finalize some of their rights deals.

-The idea of NXT content airing on Fox was brought up by a caller. Barrios said one of the big changes that have happened over the last ten years is that the company has become a media company. He said the second the monetization of comes from multiple platforms. He said the question for NXT and other shows is what’s the best way to have the fans consume them. He said it’s not an easy call. The caller followed up and asked about the awareness of NXT aside from the network. Wilson brought up Halftime Heat and how it trended worldwide during the Super Bowl. She said that speaks volumes to the awareness of the NXT brand. The caller noted that it was “certainly better than the halftime show”, which led to some laughs.

-A caller asked about how other streaming services could affect WWE. Vince spoke about how unique WWE programming is and how that helps them.

-The caller asked about Ronda Rousey and how damaging it would be to the company if she left. Vince spoke about the company’s initiative to reach more women. Vince said Ronda becomes a brand of WWE, and it’s different than what you saw in UFC. Vince said Ronda can help make talent “and she’s doing just that.” Vince said Rousey is one of the brightest people they have ever done business with. He said it’s an amazing salute to Rousey as an athlete and a human being that she’s adapted to WWE so well. Vince said athletes are not cartoons and people get hurt. Vince noted the absence of Roman Reigns and John Cena working a reduced schedule due to his movie career. Vince ran through a long list of injuries they company has endured this year and said that’s not common for them to have so many, and he said it’s one of the reasons that television ratings and live events attendance has dropped. He said there will be other individuals coming from different areas who will join them on a long term basis who will help them as well.

-The final caller asked for details about what’s next for WWE Network. Barrios said they have a big reveal planned. He said they’ve talked in the past about things they can do and noted that it’s an award winning service. He said things will come in stages and said they are excited about sharing the details in the future. The call concluded shortly thereafter.

For an incredibly detailed breakdown of all WWE business figures from the Q4 earnings report, click here.