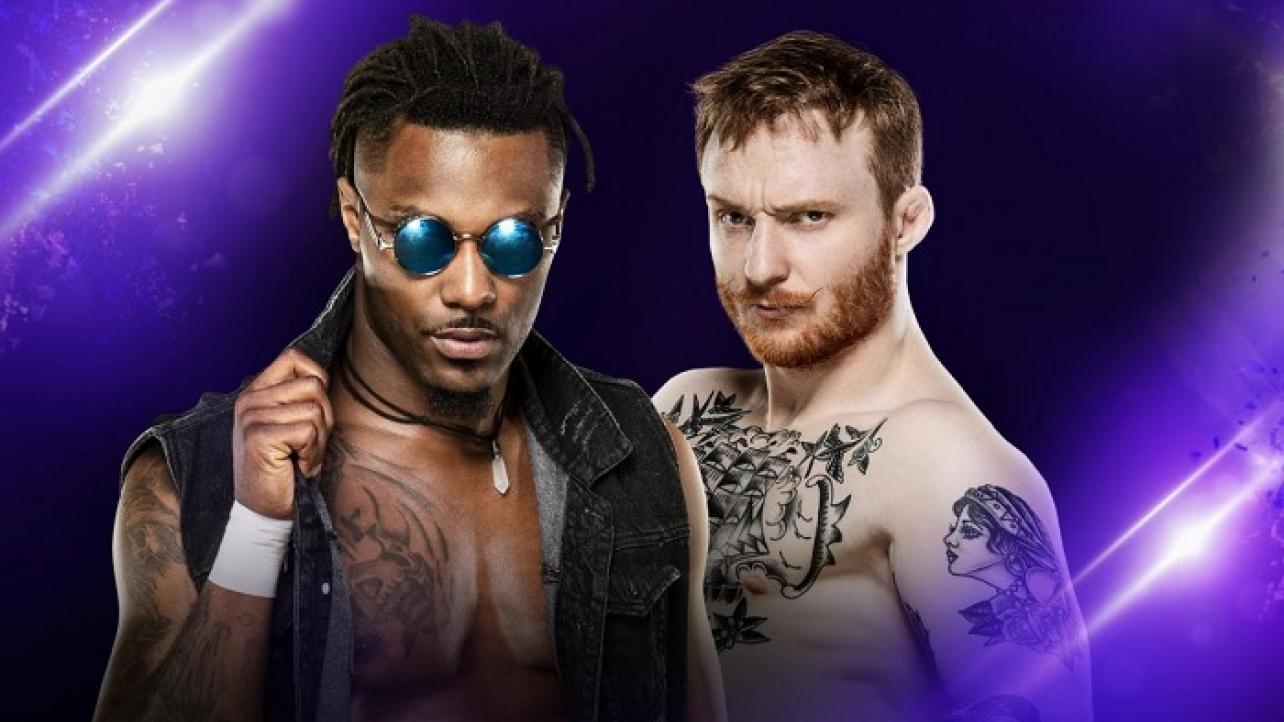 Miles, an impressive standout at the WWE Performance Center, is fresh off last week’s controversial victory over Danny Burch, as replays appeared to show Miles with a handful of tights. Regardless, Miles now looks to go 2-0 against The Brit-Am Brawlers, as he’ll exchange haymakers with the ultra-physical Lorcan in what figures to be a slugfest that is not for the faint of heart.

“Swerve” also enters tonight’s edition of the purple brand having won his most recent bout, as he defeated Tony Nese on Wednesday on NXT, despite Gallagher’s looming presence at ringside. Now, Scott has a chance at redemption when he takes on Gallagher, who defeated him in the Interim NXT Cruiserweight Title Tournament to eliminate him from championship contention.

Don’t miss the most exciting hour of television, streaming on WWE Network at 10 ET/7 PT tonight!

Make sure to join us here at eWrestling.com TONIGHT for WWE 205 Live Results coverage!