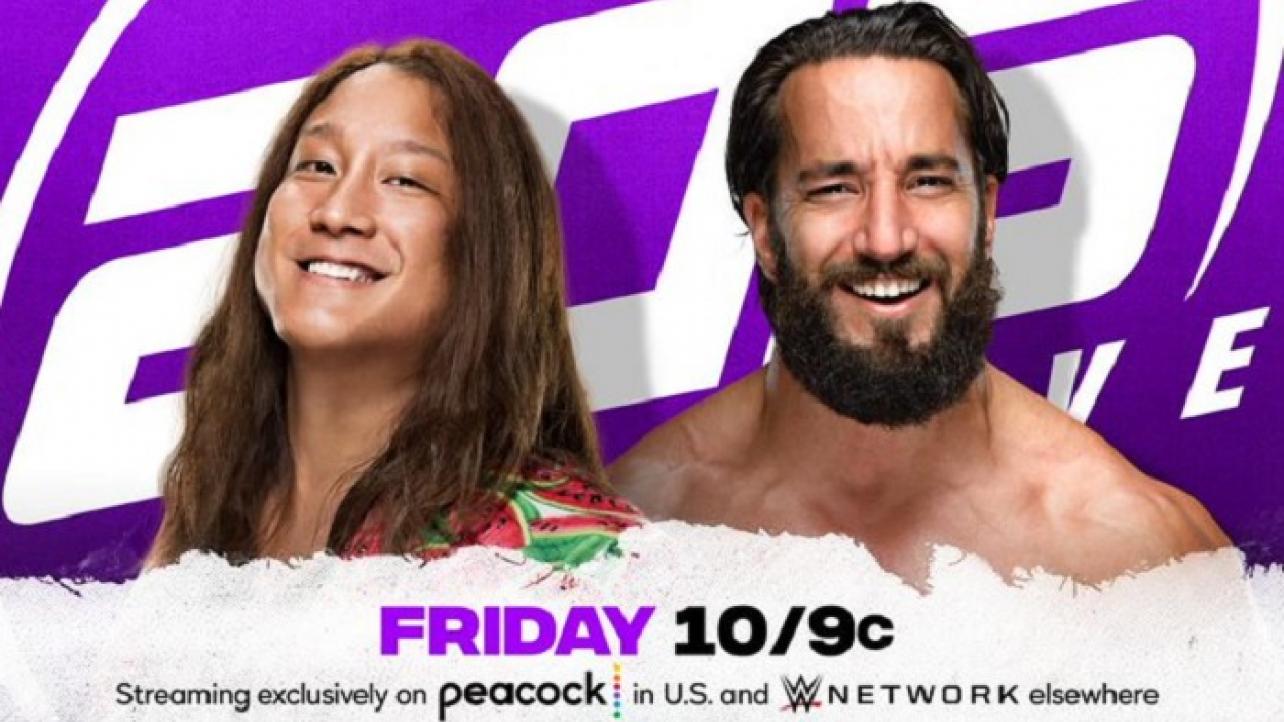 On tap for tonight’s purple brand program is an exciting pair of matches, as Ikemen Jiro goes one-on-one against “The Premier Athlete” Tony Nese, and Asher Hale takes on Grayson Waller in singles competition.

This week’s show kicks off with the usual video opening and then we shoot live inside the Capitol Wrestling Center where Vic Joseph and Nigel McGuinness welcome us to the show.

We then head down to the ring for our first match of the evening. Asher Hale and Grayson Waller make their respective ring entrances and then the bell sounds to start off this bout.

The two newcomers to the scene in 205 Live trade leg kicks and then Waller takes Hale down. The two exchange some back-and-forth action, including on the floor, until finally when reemerging in the ring, Waller hits a stunner and a flying knee for the victory.

We shoot backstage. Although August Grey wants to end his feud with Ariya Daivari, it will be “The Persian Prince” who will make that call.

Now we shoot to our weekly video package recapping Cruiserweight action on this week’s black-and-gold brand show, as Kushida’s title defense on this Tuesday’s NXT show is shown.

We head back down to the ring for our second of our two advertised matches on this week’s program.

Newcomer to the purple brand program, Ikemen Jiro, makes his way down to the ring, as does his opponent for this evening, “The Premier Athlete” Tony Nese.

These two have an excellent main event that goes ten-plus minutes and culminates with Jiro blasting The OG of 205 Live with a big kick to score the pin fall victory and end this week’s show with another victory.