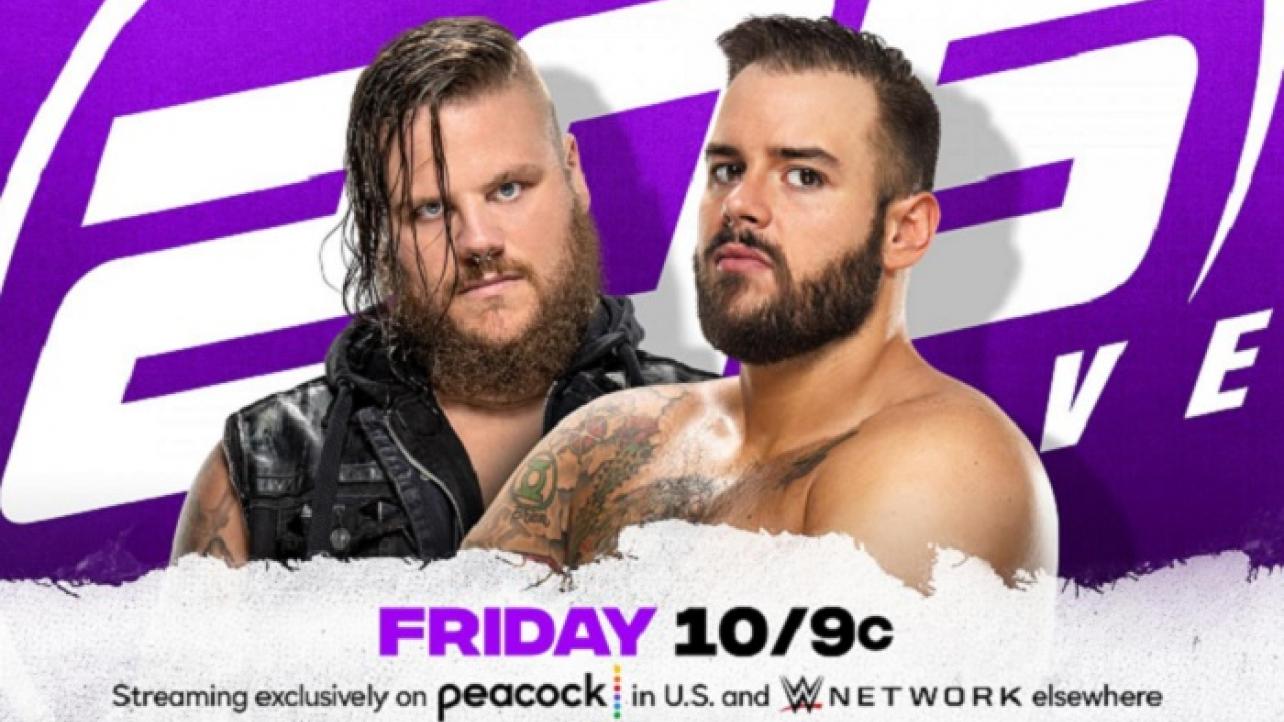 On tap for tonight’s show is an exciting pair of matches, as Joe Gacy goes one-on-one against Josh Briggs, while Ikemen Jiro battles Grayson Waller in the other advertised bout.

This week’s WWE 205 Live show kicks off with the usual weekly signature open and then we shoot inside the Capitol Wrestling Center in Orlando, FL., where we hear Vic Joseph and Nigel McGuinness welcome us to the show.

On that note, Ikemen Jiro makes his way down to the ring as he will be going one-on-one against Grayson Waller. Jiro settles into the ring with his beautiful light blue ring jacket as the fans give him a nice reception. His music dies down and then the theme for his opponent hits.

Grayson Waller heads down to the ring and settles inside the squared circle as his theme cuts off and the fans start making some noise.

The bell sounds and we’re off-and-running with our opening contest here on 205 Live. Early on the two battle back-and-forth, with Jiro, of course, keeping his aforementioned ring jacket on in trademark form.

Eventually we see Jiro start to take over control of the offense, including hitting an insane top-rope splash onto Waller on the floor, and scoring several close near falls. When all is said-and-done, however, a big boot drops Jiro and then Waller hits a running jumping knee to deck him for the pin fall victory. Excellent opening bout here on this week’s purple brand program.

After the opener wraps up, we shoot to an “earlier today” message from one-half of tonight’s main event, which features competition outside of the Cruiserweight division.

Following a quick break, we head back inside the CWC where McGuinness and Joseph talk up our upcoming main event as we gear up for our second of two advertised matches for tonight’s show.

The theme brings out our first of two competitors and then the second makes his way out. The bell sounds and we’re off-and-running with this week’s 205 Live main event.

We see Gacy on the receiving end of a big splash but then when the two big men recover, it is Gacy who is getting kudos from McGuinness and Joseph on commentary for showing his violent side.

Gacy hits a nice back suplex and looks to clothesline Briggs over the top. Briggs hangs on so Gacy just forearm blasts the hell out of him like JBL in his prime.

We see Briggs fighting off a leg submission attempt by Gacy and then moments later, Briggs is finishing off Gacy and scoring the victory in our final match of the evening here on 205 Live with a running lariat that almost knocks his head off.

Hghlights are shown of the match and then Briggs is seen celebrating as Gacy is recovering at ringside as the credits roll and this week’s show goes off the air. Thanks for joining us!