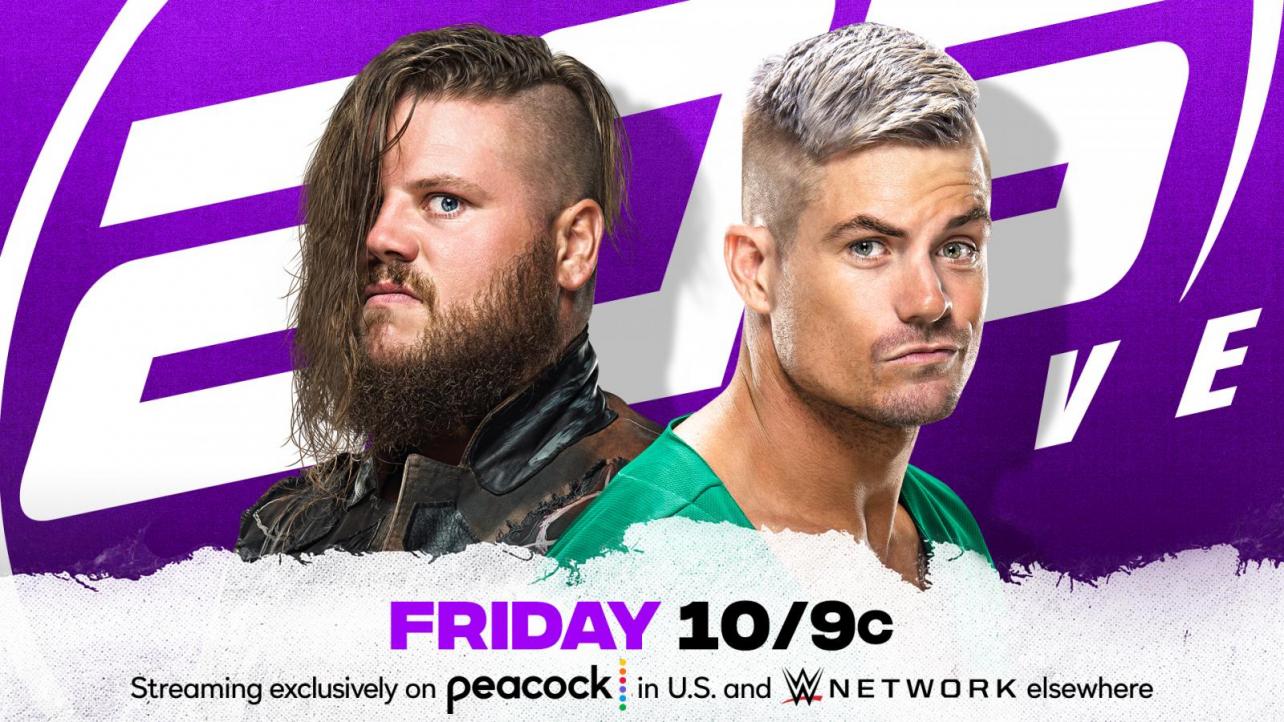 On tap for tonight’s show is an exciting pair of matches, as Joe Gacy takes on Grayson Waller in singles competition, while Ikemen Jiro meets Andre Chase in one-on-one action.

The regular signature opening video airs to kick off this week’s edition of WWE 205 Live on the WWE Network on Peacock.

We see the crowd inside the Capitol Wrestling Center in Orlando, FL. as the camera pans around the venue while Vic Joseph and Nigel McGuinness welcome us to this week’s show.

From there we get ready for our opening contest, as our two competitors doing battle in our first of two advertised matches makes his way down to the squared circle.

After a quick stop by the commentary table where we see Joseph and McGuinness pumped up ready to call the opening bout, Ikemen Jiro and Andre Chase settle into the ring.

The bell sounds and we’re off-and-running with this bout. We see Jiro keeping his trademark flashy (this time, yellow) ring jacket on as the action gets underway.

After some back-and-forth action early on, we see Chase start to take over after using whatever tactics necessary to gain the upper-hand and keep the offensive advantage.

We hear the crowd try to rally Jiro back into competitive form, however Chase remains in control of the contest thus far. Jiro ends up finally blasting Chase with a big super kick that helps him shift the momentum back into his favor, where he ultimately closes things out in this one, earning a pin fall victory.

After a quick commercial break, we return inside the CWC where we head back down to ringside for our second of two scheduled matches here on this week’s purple brand program.

We step outside the Cruiserweight division once again this week, as Joe Gacy makes his way down to the ring for our main event of the evening.

Also coming out is his opponent for tonight, the impressive up-and-comer with flashy martial arts-heavy offense, Grayson Waller. Waller settles into the squared circle and this one is about to get underway.

The bell sounds and we’re off-and-running with our featured attraction of the week here on 205 Live. Early on we see a very aggressive attack from the larger Gacy, as he takes it to an admittedly game Waller here in the early goings.

As the action gets going a couple of minutes deep into the bout, we see Waller start to pull ahead into the offensive lead, mixing in the aforementioned martial arts-heavy attack and even using some high-offense attacks off the top-rope.

Finally, the two start to turn up the intensity level a bit and after some more back-and-forth action, we build to the finish, which sees Gacy hitting a springboard turning lariat off the ropes that turns Waller inside-out and earns him the pin fall victory. The show goes off the air after some highlights recapped by the commentators. Thanks for joining us!