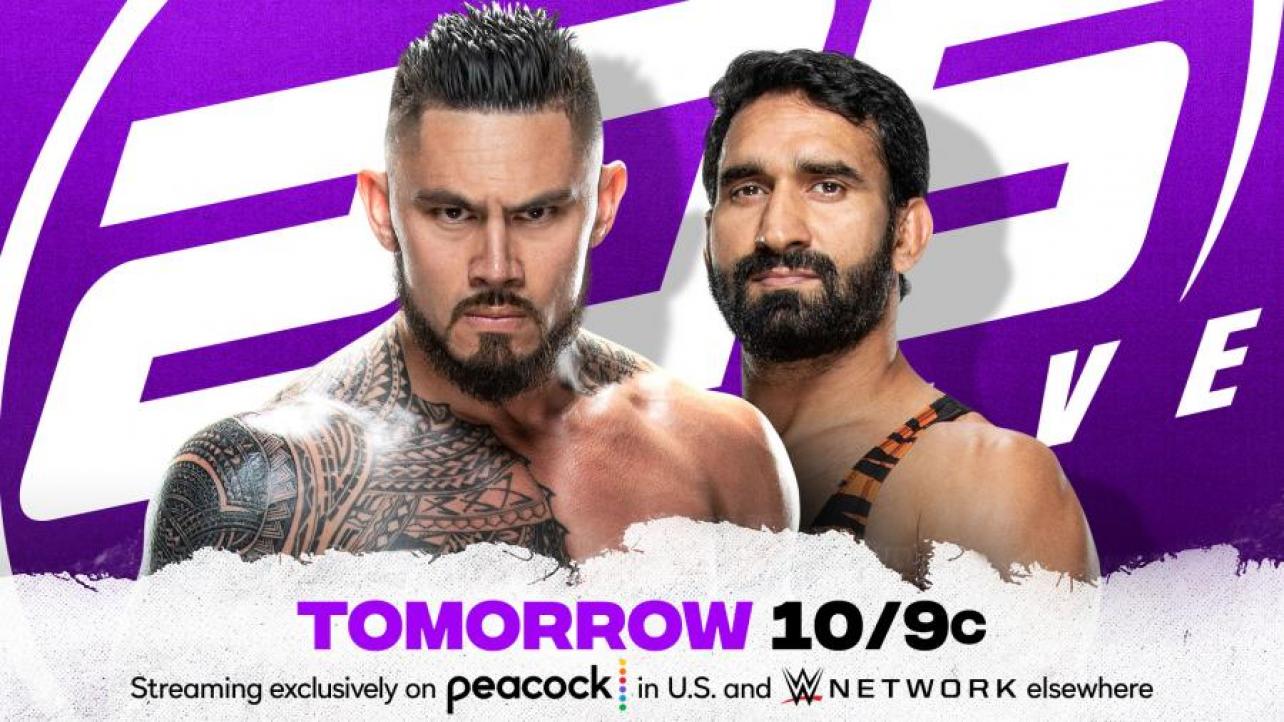 Immediately following this week’s edition of Friday Night SmackDown on FOX, the latest installment of WWE 205 Live premieres on the WWE Network on Peacock.

The regular signature open airs to get this week’s purple brand program off-and-running and then we shoot inside the Capitol Wrestling Center in Orlando, Florida where the commentary duo welcomes us to tonight’s show.

From there, we head down to ringside as it’s time to get ready for our first of three advertised matches for tonight’s show.

This one will be contested in the women’s tag-team division, as out comes the team of Amari Miller and Valentina Feroz. They will be squaring off against the duo of Katrina Cortez and Yulisa Leon.

The bell sounds and we’re off-and-running with our opening contest here on this week’s show. Leon holds her opponents hand and climbs to the top-rope. She walks the ropes a bit and then flips off for a cool high spot that pops the crowd inside the CWC.

After some more back-and-forth action, we see Miller and Feroz finally shift the offensive momentum into their favor before ultimately finishing this one off for the victory.

With our first match of the evening out of the way, it’s time to head back down to the ring for our second of three advertised matches here tonight.

This one is expected to be a good one, as we’ve got Malik Blade going one-on-one against Duke Hudson in singles action.

The bell sounds and we’re off-and-running with this one. Early on we see Hudson show off his impressive strength and power as he manhandles Blade straight out of the gate.

Blade finally shifts the momentum into his favor, but it isn’t long-lived, as Hudson eventually takes back over and ultimately finishes him off with an impressive victory. Good match.

We head to a quick ad break time out and when we return, we get ready for our main event and final match of the evening here on this week’s purple brand program.

On that note, we head to the ring and it’s time to get things underway. Xyon Quinn makes his way out and heads down to the ring, as does Jeet Rama. The pre-match introductions are out of the way and there’s nothing left to do but lock horns for these two.

The bell sounds and we’re officially off-and-running with our headline bout of the evening. Early on we see Quinn doing a good job of using his speed and quickness to avoid the bigger, stronger Rama. Eventually Rama takes over and starts to dominate the action.

Rama hooks Quinn’s arms and launches him with a big overhead slam that sends Xyon down Jeet Street. He does a good job of beating down Quinn for a while, but ultimately Quinn takes back over and pulls off the victory in what was actually an excellent main event here on this week’s show. That’s how this week’s episode wraps up. Thanks for joining us!

Xyon Quinn and @JeetRamaWWE are set to throw down tomorrow night on #205Live!https://t.co/Xr7WVruP1J