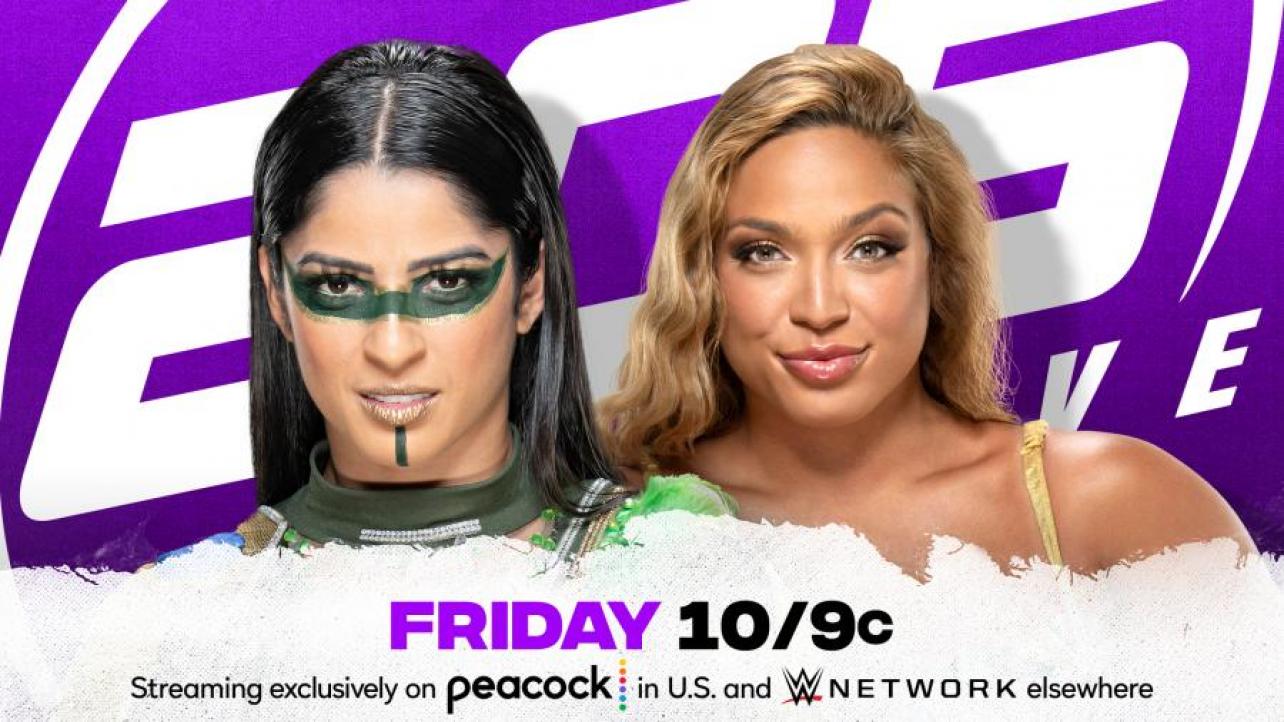 The regular intro kicks off this week’s purple brand program and then we hear the sounds of our regular commentary duo, who is eventually shown on camera to reveal that Nigel McGuinness is wearing a sleeveless shirt for his duties this evening.

We head down to the ringside area for our opening match of the evening this week, as our first of three scheduled matches for tonight’s show is about to get underway.

With that said, out comes Valentina Feroz and Elektra Lopez for the opener. The bell sounds and we’re off-and-running with this one. After some back-and-forth action, we see Lopez pick up the victory.

We head back to the ring for our second match of the evening, where Erica Yan awaits her opponent. We hear the familiar sounds of Amari Miller’s theme song and she makes her way to the squared circle as well.

The bell sounds to get this one off-and-running and here we go with our tweener bout of the evening, the bridge bout between the opener and main event. We see some back-and-forth action early on and then we watch as Miller pulls into the offensive lead, where she ultimately finishes her off for the win.

After a quick commercial time out, we head back inside the CWC where the commentators get us ready for our headline bout of the evening.

On that note, we head back down to the ring where Andre Chase makes his way out. Out next is his opponent for this week’s main event, Solo Sikoa.

The bell sounds and our main event of the evening is now officially off-and-running. Chase gets in Sikoa’s face to start this off, and Sikoa blasts him with a slap that knocks him down.

We see Sikoa dominate the early action until eventually Chase connects with a big move that shifts the offensive momentum into his favor. This doesn’t last long, however, as Sikoa ends up fighting back into competitive form before taking over and ultimately finishing off Chase for the win in our final bout of the evening. Thanks for joining us!