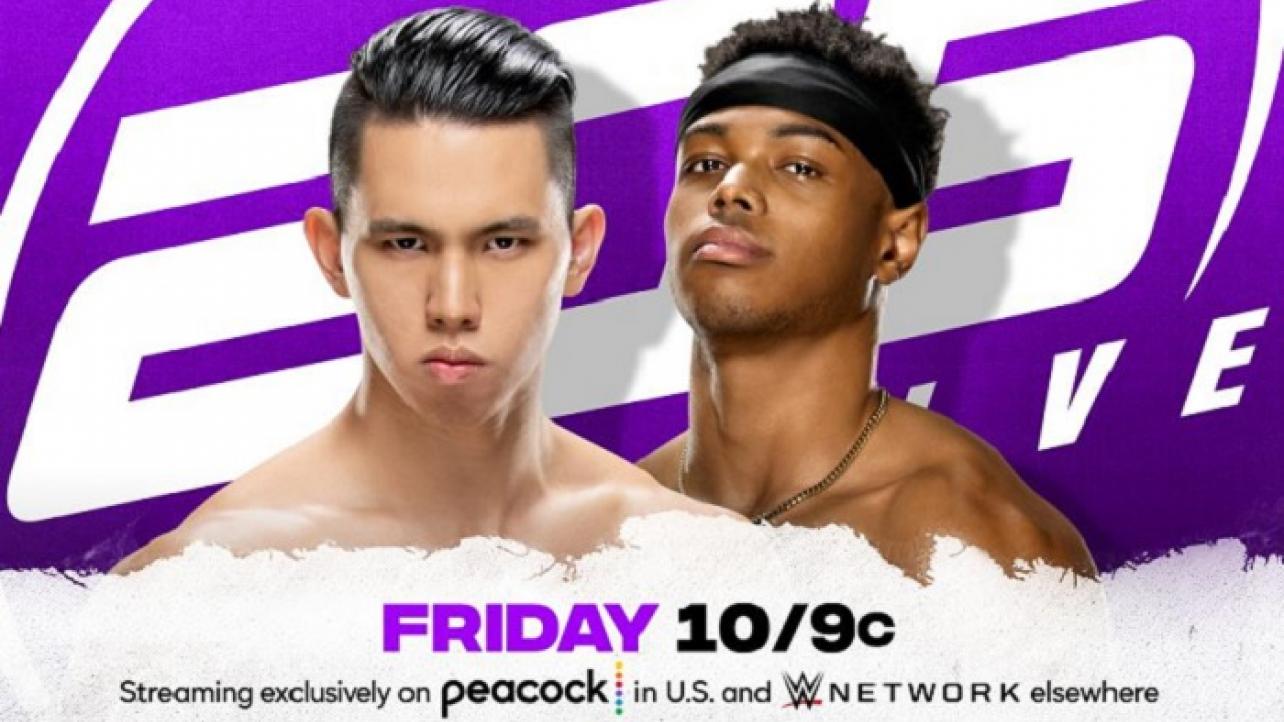 WWE 205 Live returns this evening on the WWE Network on Peacock.

On tap for tonight’s purple brand program, which emanates from the Capitol Wrestling Center in Orlando, Florida and serves as the final 205 Live show of 2021 is Edris Enofe vs. Guru Raaj, Amari Miller vs. Nikkita Lyons, as well as Dante Chen vs. Dracy Anthony.

Featured below are complete WWE 205 Live results from Friday, December 31, 2021.

This week’s show kicks off with the usual signature cold open video package and then we shoot inside the Capitol Wrestling Center where the commentary duo welcomes us to the show.

On that note, we head down to the squared circle for our opening contest. Edris Enofe makes his way down to the ring, and afterwards, his opponent Guru Raaj makes his ring entrance.

The bell sounds and we’re off-and-running with our first match of the evening. We see some back-and-forth action early on and then Enofe pulls into the offensive lead and starts to control the contest.

Enofe hits a nice fisherman’s suplex and a big hurricanrana before Raaj fights back into competitive form. He has a brief offensive run, landing some kicks and a monkey flip.

From there, however, Enofe proves his win on Von Wagner on NXT 2.0 was no fluke, as he soars off the top-rope with a shooting star press before covering Raaj and picking up the pin fall victory for his second straight win.

We return to the ring after a quick ad time-out and we get things set for our second of three advertised matches here on the final purple brand program of the year.

On that note, Amari Miller makes her way down to the ring. She settles inside the squared circle and then Nikkita Lyons enters the ring to make her WWE debut.

The bell sounds and we’re off-and-running with this one. Early on we see Lyons display an impressive mix of speed-and-power, proving that “the fighter in her will always prevail,” as she noted in her pre-match comments from the locker room.

Miller is reeling now as Lyons blasts her with a huge right hand that connects flush with her jaw. Miller fights through the pain, however, and executes a nice suplex. She then drives Lyons face-first into her knee for the pin fall victory.

After picking up the win over the debuting Lyons, Miller embraces her parents, both of whom are sitting in the front row, to celebrate her victory on her birthday.

It’s main event time on our final edition of WWE 205 Live of 2021, as the year wraps up with one last singles showdown with Dante Chen and Draco Anthony going one-on-one.

After we return from another quick commercial break, we settle inside the ring where Dante Chen makes his way out to the ring. Out next is his opponent for the headline attraction for tonight’s show, Draco Anthony.

Now we hear the bell sound and our final WWE match of 2021 officially gets underway. Early on we see Chen looking impressive as he puts on a clinic in his third ring appearance in front of the WWE Universe after returning from a three-month hiatus due to a knee injury.

As the pace and intensity in the ring picks up, we hear the live crowd on-hand break out in dueling chants, showing support for Chen and Anthony as this match nears its’ conclusion.

Finally, we see blasts Chen with a big elbow to the grill in the corner of the ring. From there, Chen fires up and connects with consecutive clotheslines that puts Anthony down with authority. He follows that up with a pump-kick to the jaw that connects and then hits a sit-out finisher that Nigel McGuinness on commentary calls “Dante’s Inferno.”

That will do it for the final WWE 205 Live show of 2021, as the show goes off the air on that note. Thanks for joining us and everyone have a safe and happy New Year!