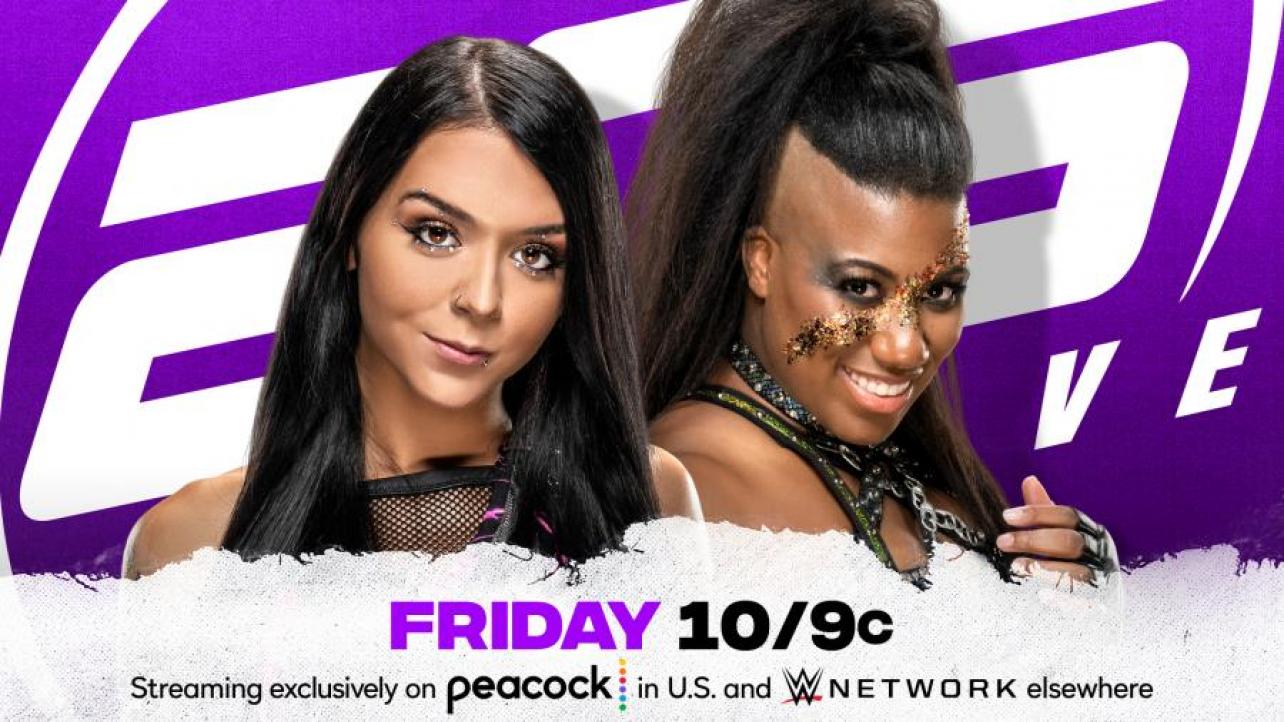 Immediately following this week’s edition of Friday Night SmackDown on FOX, the latest installment of WWE 205 Live premieres on the WWE Network on Peacock.

On tap for tonight’s show is Ikemen Jiro vs. Malik Blade, Ember Moon vs. Cora Jade and Oney Lorcan vs. Xyon Quinn.

Featured below are complete WWE 205 Live results for Friday, September 24, 2021.

The usual signature opening video package starts off this week’s purple brand program and then we shoot inside the Capitol Wrestling Center in Orlando, FL. as the commentators welcome us to tonight’s show.

From there, we head straight down to the ring for our opening contest. Our first bout of the evening here on tonight’s show will feature Xyon Quinn going one-on-one against Oney Lorcan.

The bell sounds and we’re off-and-running with this match. Early on we see some back-and-forth action. Lorcan gets in some offense but is then turned inside-out but a huge running clothesline from Quinn.

We see Quinn take over and soon thereafter, ultimately finish Lorcan off for an impressive victory here in our opening bout on this week’s show.

We get ready for our second match of the evening as we head back down to ringside. The familiar sounds of Ikemen Jiro’s theme hits and the fan-favorite makes his way down to the ring.

Also making his entrance is newcomer Malik Blade, who will compete on the show for the second week in a row. His ring attire, however, isn’t anywhere near as cool as Ikemen Jiro’s — as you would expect, of course!

The bell sounds and we’re off-and-running with our second of three advertised matches here on tonight’s purple brand program.

We see Jiro pull off to the early offensive lead, as he takes it to Blade with high-energy, fast-paced offense. He bounces off the ropes and hits a flip into a back-splash on Blade.

Blade starts to shift the momentum in his favor and after enjoying a minute or two in the offensive lead, we see Jiro re-gain the offensive driver’s seat. Moments later he ultimately finishes him off for the victory.

Cora Jade’s theme hits and out she comes for our next and final match of the evening. She settles into the squared circle for our featured bout of the evening here on 205 Live and then her theme music cuts off.

Now we hear the familiar sounds off Ember Moon’s theme and out comes the former NXT Women’s Champion as she heads to the ring for our main event.

The bell sounds and we’re off-and-running with this one.

Early on we see Moon and Jade slowly work their way into a battle. Jade tries controlling the arm of Moon but Moon flips her way free and takes Jade down to the mat in the process, earning some style points all-along.

After Moon enjoys some time in the offensive driver’s seat, we see Jade take over. Jade walks the ropes to hit a cool hurricanrana that launches Moon around the ring.

Moments later, Moon fights back into the lead. She hangs Jade upside down in the tree of woe and hits a running kick to the dome of her opponent. It isn’t long after that when we see Moon finally finish Jade off, scoring the victory in our main event of the evening. Thanks for joining us!