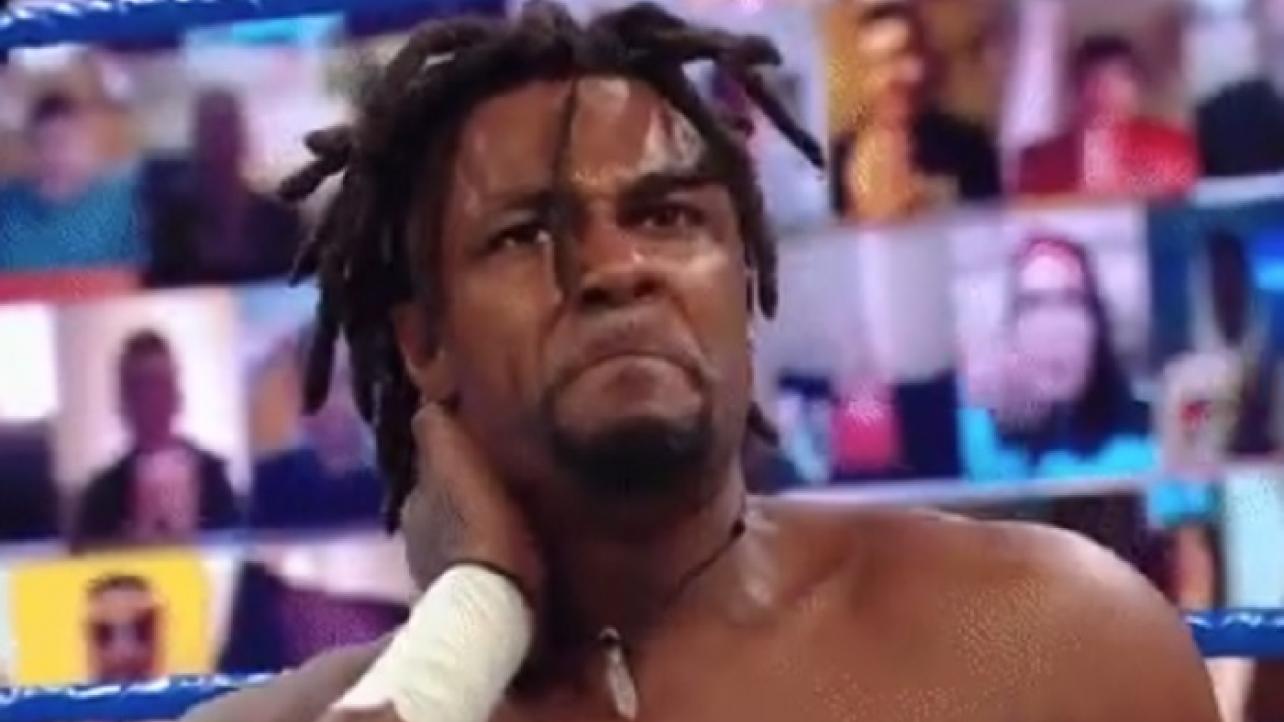 The WWE Cruiserweight division is back on display this evening with this week’s episode of the WWE’s purple brand program.

WWE 205 Live returns with a new episode on the WWE Network immediately following the conclusion of this week’s WWE Friday Night SmackDown Results (9/25/2020).

On tap for this week’s purple brand showcase of the Cruiserweight division on WWE 205 Live ia an exciting showdown pitting Isaiah “Swerve” Scott one-on-one against Ariya Daivari, as well as an additional singles bout with Mansoor going up against Ashante “Thee” Adonis.

Featured below are complete WWE 205 Live results from Friday, September 25, 2020.

After the usual signature opening video package airs to start this week’s show the same way as every Friday night purple brand program begins, we shoot inside the Amway Center in Orlando, Florida in front of a sold-out WWE ThunderDome virtual fan audience.

Nigel McGuinness On Commentary Once Again

Welcoming us to the show on commentary once again is Nigel McGuinness, who recently returned after Drew Gulak sat alongside Vic Joseph at the announce desk for the weekly post-SmackDown Cruiserweight showcase program.

From there we see a freshly-shaven Mansoor make his way out, as he will be kicking off things inside the ring in our first of two matches scheduled for tonight’s broadcast.

His opponent will be the man who recently dropped a tough loss to The Brian Kendrick but has been learnnig from the advice of the veteran, the impressive up-and-comer Ashante “Thee” Adonis.

The bell sounds and here we go. Mansoor looks completely different than usual with the new fresh-shaven look. He drops Ashante with a nice inverted DDT that puts the momentum in his favor here in the early goings.

Now Adonis slingshots Mansoor over the ropes, but he lands on the ring apron. Adonis with a nice forearm and he ends up blasting him with the ring ropes to the throat to drop Mansoor to the floor outside the ring.

“Thee” Adonis comes out after him and continues to show his vicious streak, shouting “ya’ll need to stop playin’ with me!” after putting the boots to Mansoor on the follow-up attack on the floor.

Back in the ring, Ashante remains in the offensive driver’s seat, scooping Mansoor up by one-leg and hoisting him over his shoulder as he falls back to the mat with him. After trying to use The Brian Kendrick’s finisher to pick up the win, things end up changing into the favor of Mansoor.

The babyfaced Superstar-in-the-making ends up taking over from here, capping off his offensive comeback with a nice electric chair slam for the pin fall victory, keeping his win streak alive here on WWE 205 Live this week in the opening contest.

Our main event of the evening here on the two-match lineup of WWE 205 Live is up next.

After some in-house commercials and advertisements air in between our two scheduled matches of the evening, we head back inside Amway Center. We see the WWE ThunderDome virtual audience react as our headline attraction of the show is about to get underway, as both Isaiah “Swerve” Scott and Ariya Daivari have settled into the squared circle.

The bell sounds and here we go. After some early back-and-forth action, we see “Swerve” Scott begin to pull ahead. He gets Daivari grounded after blasting him with a dropkick while Daivari was on his knees.

From there, Scott starts to stretch Daivari out a bit, as he focuses his offensive attack on the left arm of his opponent here on the mat.

The action spills out to the floor outside the ring where we see “Swerve” look to slam Daivari onto the announce table until Daivari escapes and re-enters the ring. As Scott gets back into the squared circle, Daivari turns the offensive momentum in his favor after he plants “Swerve” with a nice DDT.

After Daivari enjoys some time in the offensive driver’s seat, we see Scott work his way back into the match as he starts to fight back now. He starts gaining some good momentum, capping off an offensive comeback with a nice jumping-flatliner for a close near fall.

Whose house? You know the rest! “Swerve” Scott is picking up the pace now as this match switches into another gear. Nasty suplex. “Swerve” Scott ends up finishing off Daivari with his House Call finisher. Once again, whose house??! You know! Excellent main event to wrap up this week’s 205 Live.