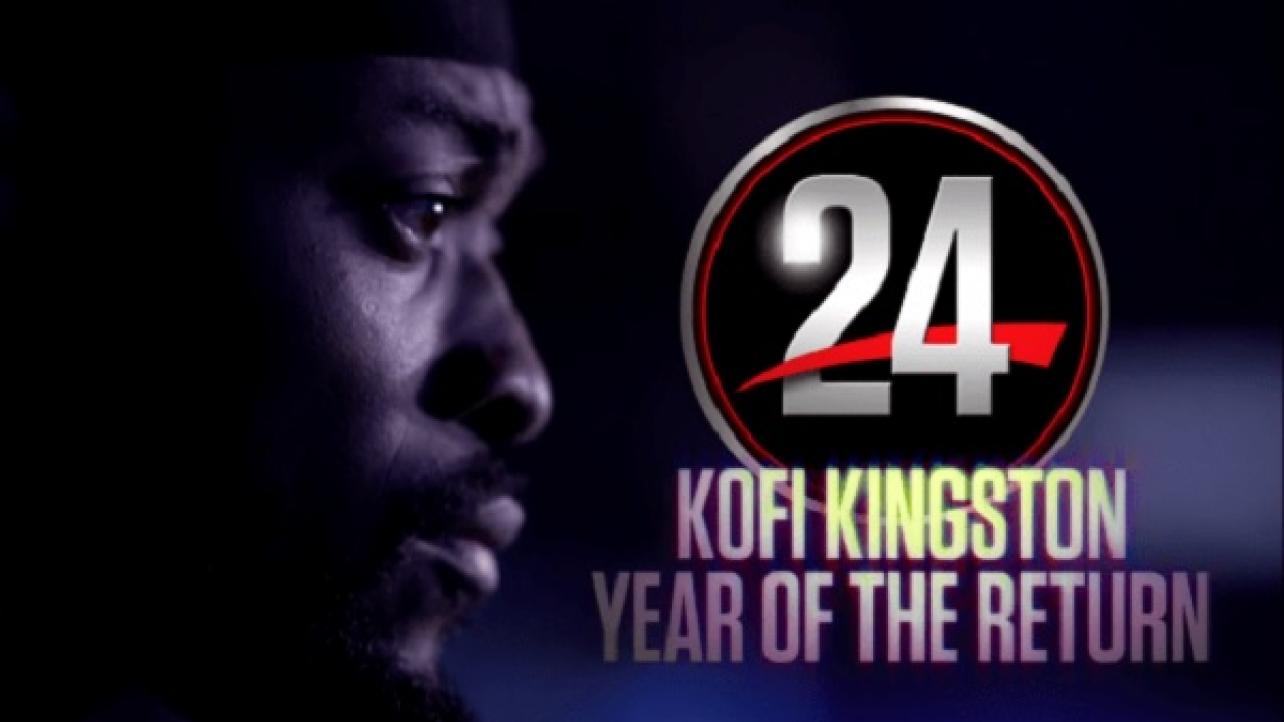 As noted, WWE will be premiering two new documentary specials as part of their lineup of programming on the WWE Network for WWE SummerSlam 2019 Week this week.

In addition to the “WWE Chronicle: Seth Rollins” documentary special that is scheduled to premiere immediately following the NXT TakeOver: Toronto special on Saturday night, the latest installment of WWE’s critically acclaimed original documentary series, “WWE 24,” will also make its’ debut on the WWE streaming service this weekend.

Immediately after the WWE SummerSlam 2019 pay-per-view on Sunday night, as noted, WWE will premiere, “WWE 24 — Kofi Kingston: The Year Of Return.”

To promote the premiere of the latter special on the reigning WWE Champion, who defends his title against Randy Orton at Sunday night’s PPV at Scotiabank Arena in Toronto, Ontario, Canada, WWE released a pair of videos on their official YouTube channel on Tuesday and Wednesday.

First up, is a video that the company released on Tuesday, which is a “WWE 24 Extra” clip labeled, “Kofi Kingston offers a personal glimpse into his family life.” The description for the video reads: “Kofi Kingston describes how he met his wife and what it’s like to be a father in this extra from WWE 24 – Kofi Kingston: The Year of Return, streaming this Sunday after SummerSlam on WWE Network.”

Check out the WWE 24 Extra clip on the new special focusing on Kofi Kingston below.

Additionally, WWE uploaded and posted a second video on Wednesday, which is the official promotional trailer for the new “WWE 24” special documentary on the current WWE Champion.

The official description for the second video reads: “Kofi Kingston’s inspirational WWE journey culminates in celebration as he returns to his homeland of Ghana, West Africa, in WWE 24 – Kofi Kingston: The Year of Return, streaming after SummerSlam on WWE Network.”

Check out the official promotional trailer for “WWE 24 — Kofi Kingston: The Year Of Return” below.