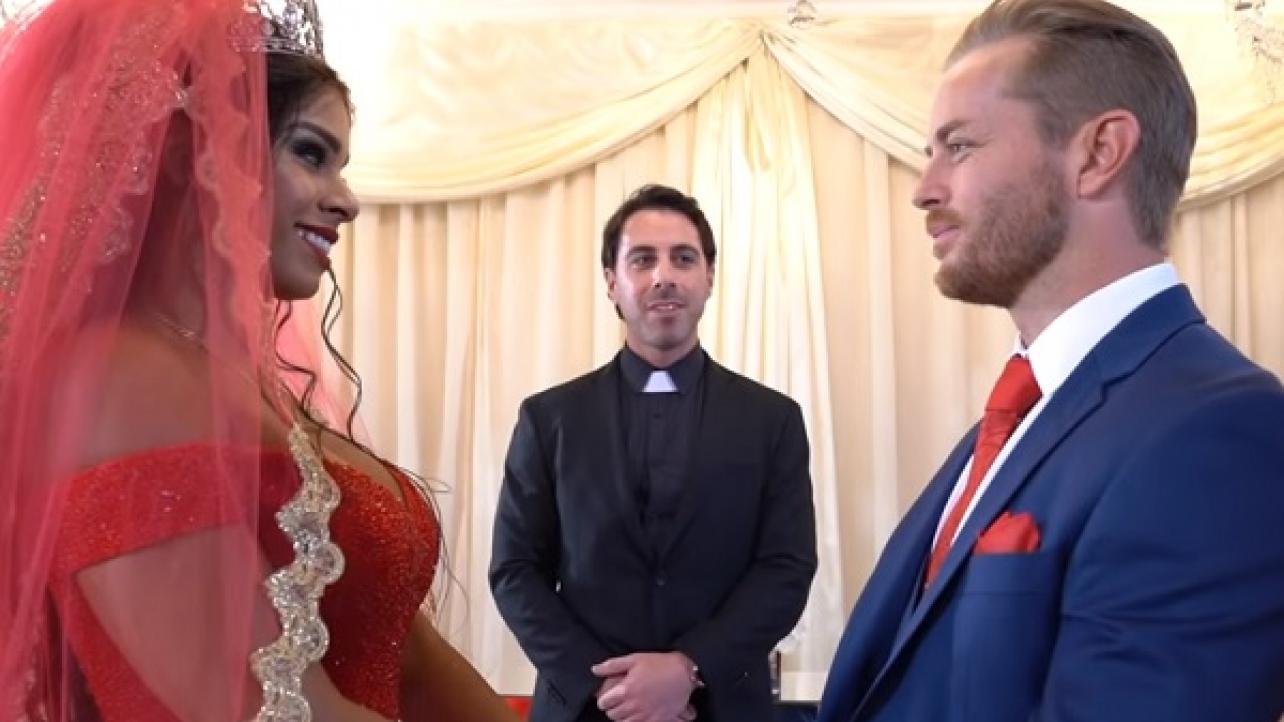 As it turns out, the WWE 24/7 title change that took place when R-Truth attacked and pinned Drake Maverick at his wedding to reclaim the championship was not actually the 205 Live General Manager’s real wedding ceremony.

The video, which was released via WWE’s official YouTube channel on June 21st, has been viewed by nearly five-million people, which is still quite a bit shy of the 6.4 million views the initial golf course WWE 24/7 title change drew back on June 2nd.

As far as Maverick’s real wedding with Renee Michelle, a former WWE Mae Young Classic tournament competitor, a number of WWE Superstars and personalities were in attendance for the ceremony. Among them were Braun Strowman, Matt Hardy, Jeremy Borash, EC3, Melissa Deadrich and WWE Vice President of Creative, Joe Belcastro, who was also the person who portrayed the “minister” in the faux wedding ceremony that WWE filmed.