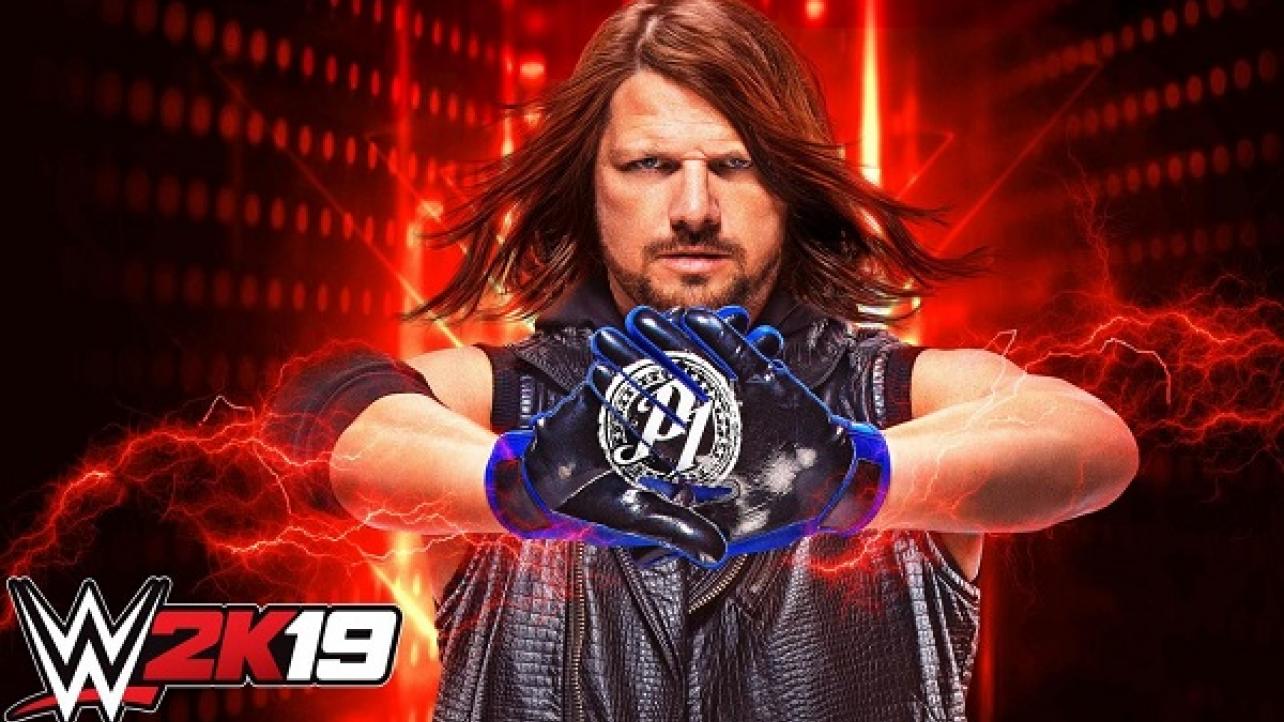 2K Sports and WWE issued a press release this week regarding the downloadable content (DLC) for the upcoming WWE 2K19 video game.

Available items to include a variety of playable Superstars from WWE, NXT and 205 Live; access to new moves; unlockable content and player progression features

New York, NY – September 19, 2018 – 2K today announced details surrounding the Season Pass and downloadable content offerings for WWE® 2K19, the forthcoming release in the flagship WWE video game franchise. The offerings will include playable WWE, NXT and 205 Live Superstars, including Bobby Lashley, EC3, Lio Rush and Ricochet; a large variety of new in-game moves; and access to both unlockable content and player progression features. The individual content packages will begin releasing in late 2018, with some packages releasing in early 2019, for the PlayStation® 4 computer entertainment system, the Xbox One family of devices including the Xbox One X, and Windows PC.

“WWE 2K19’s downloadable content will offer many popular playable WWE, NXT and 205 Live Superstars, as well as our largest offering of new moves to date,” said Greg Thomas, President at Visual Concepts. “This content is a must-have and great value for any WWE 2K fan, and it serves as a solid complement to this year’s extensive roster, feature set offerings and overall gameplay experience.”

WWE 2K19 downloadable content offerings are scheduled to include the following items and be available for purchase on the PlayStation™Network for the PS4™ system, Xbox Live online entertainment network from Microsoft for Xbox One and Steam for Windows PC:

* Players can also decide the overall rankings and attribute levels for all playable characters throughout the life of the product;

* Players will gain access to unlock and boost MyPlayer ratings and attributes made available at launch as part of the game’s MyCareer mode;

* Players can also unlock all clothing made available at launch that provides attribute boosts in MyCareer;

* MyPlayer KickStart will be available for $9.99.

About the WWE 2K19 Season Pass

Players may purchase select WWE 2K19 downloadable content at a reduced price point through the game’s Season Pass. For $29.99, a savings of more than 20 percent versus individual content purchases, players will receive the following items as they become available:

Developed collaboratively by Yuke’s and Visual Concepts, a 2K studio, WWE 2K19 is rated “T” for Teen by the ESRB. WWE 2K19 is currently scheduled for worldwide release on October 9, 2018 for the PS4™ system, Xbox One and Windows PC. For more information on WWE 2K19 and 2K, visit wwe.2k.com, become a fan on Facebook, follow the game on Twitter and Instagram using the hashtags #WWE2K19 and #NeverSayNever or subscribe on YouTube. For more information on the WWE 2K19 Million Dollar Challenge, please visit wwe.2k.com/milliondollarchallenge/rules.

All trademarks and copyrights contained herein are the property of their respective holders.