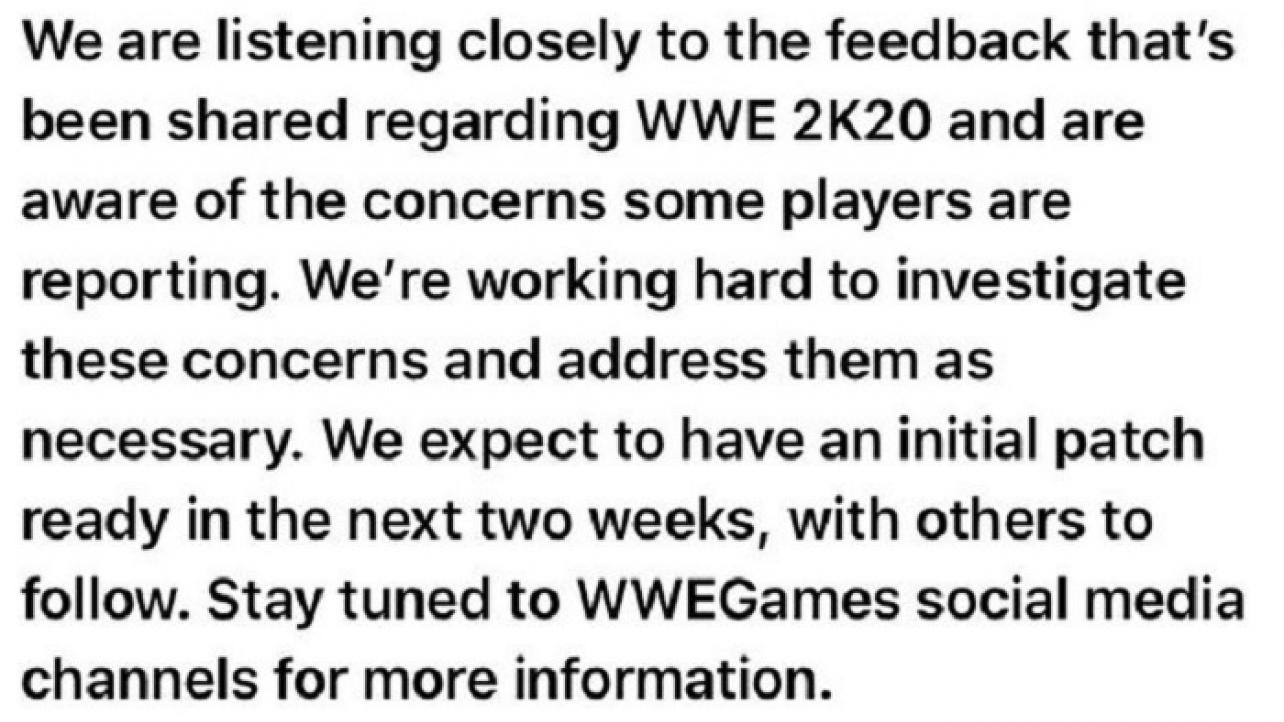 It looks like the fan criticism regarding the new WWE 2K20 video game from 2K and WWE has caught the attention of the higher-ups behind the project.

On Friday, the official @WWEgames Twitter feed released a statement in response to the harsh criticism the game has received from gaming fans on the world wide web.

Fans across the globe have been creating viral videos, asking for refunds and sending their feedback to 2K Games about the product that is far-under expectations.

In response to the criticism, @WWEgames issued the following statement:

We are listening closely to the feedback that’s been shared regarding WWE 2K20 and are aware of the concerns some players are reporting. We’re working hard to investigate these concerns and address them as necessary. We expect to have an initial patch ready in the next two weeks, with others to follow. Stay tuned to WWEGames social media channels for more information.”

We will keep you posted here at eWrestling.com as more information regarding the WWE 2K20 backlash surfaces!