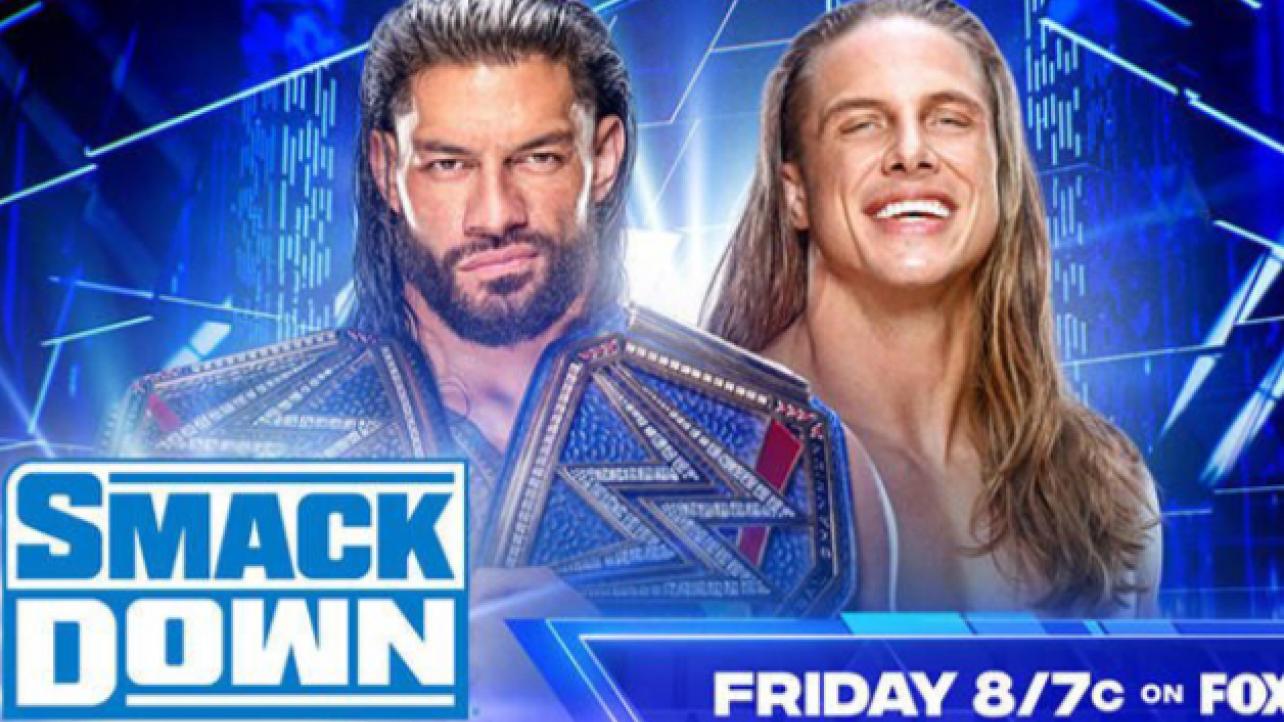 WWE RAW last Monday night opened up with a brand-new episode of MizTV with The Tribal Chief’s special counsel Paul Heyman as the special guest of The Miz. Paul Heyman and The Miz had a conversation about the upcoming WWE Money In The Bank Premium Live Event and how even though the statistics say the MITB Match winner is almost guaranteed to become the next WWE Undisputed Universal Champion, they will not be able to defeat Roman Reigns.

Riddle would then make his way out and end up interrupting Reigns’ special counsel and The Miz, which would lead to a back and forth with Heyman. Heyman then revealed that he had a special stipulation to be added to the championship match on WWE SmackDown to raise the stakes, which Riddle said he did not care. Heyman then revealed that if Riddle loses to Roman Reigns on Friday night, Riddle can no longer challenge for the Undisputed WWE Universal Title as long as Reigns is the champion. The belief is The Tribal Chief will retain his title on Friday’s WWE SmackDown, then defend the title against “The Apex Predator” Randy Orton at the WWE SummerSlam Premium Live Event on July 31 in Nashville, Tennessee and defend against Drew McIntyre at WWE’s Clash At The Castle on September 3 in Cardiff.

This will be the first title defense of Roman Reigns since he beat Brock Lesnar on Night Two of WWE’s WrestleMania 38 Premium Live Event on April 3rd to unify the WWE and WWE Universal Championships. The Original Bro has been feuding with The Bloodline since they injured Randy Orton on the May 21 episode of WWE SmackDown. Riddle has since been teaming with Shinsuke Nakamura after Nakamura’s partner would be taken out as well by The Bloodline, but they would come up short in their attempt to beat The Usos and capture the WWE Undisputed Tag Team Titles. Riddle would then call Reigns out on last week’s show and that would lead to the match between himself and Sami Zayn, which he won.

You can check out WWE’s announcement below:

As revealed by @HeymanHustle, if @SuperKingofBros does not defeat @WWERomanReigns this Friday in the championship match on #SmackDown, Riddle will not be able to challenge for the Undisputed WWE Universal Championship as long as Roman Reigns is champion!#WWERaw pic.twitter.com/lRlpUqt6e4