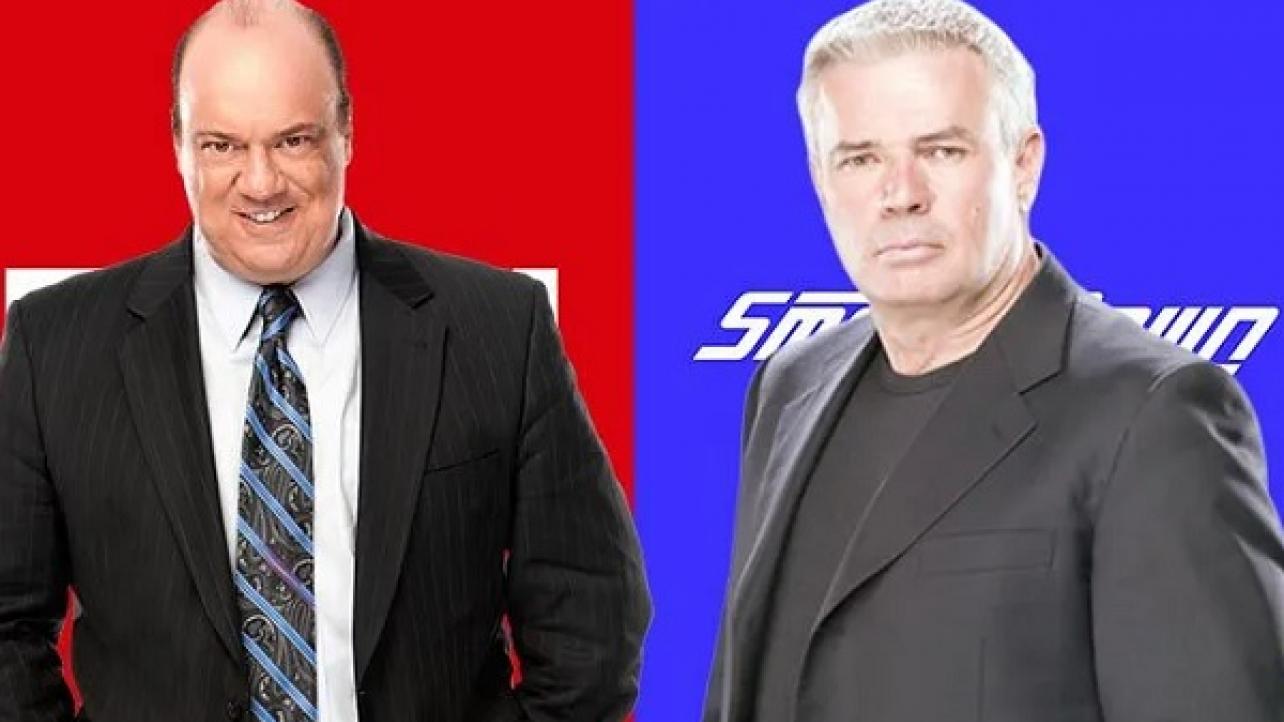 It looks like the new era in WWE, with Paul Heyman and Eric Bischoff running RAW and SmackDown Live behind-the-scenes, could be kicking off this coming Monday and Tuesday night.

According to an e-mail blast that WWE has sent out to fans, Paul Heyman will be starting his role as Executive Director of WWE RAW for this coming Monday night’s show at the American Airlines Center in Dallas, Texas, and Eric Bischoff will start as the SmackDown Live Executive Director on Tuesday night’s blue brand show from the AT&T Center in San Antonio, Texas.

Not only will they be in their new roles, but WWE is advertising that they will also be on TV, meaning the two could have on-air roles as part of the changes despite initial reports to the contrary.

Additionally, PWInsider.com is now reporting that the two are already officially “on the job.” As noted, their ideas and contributions will be implemented over a period of time rather than immediately so there isn’t expected to be any massive changes that will be immediately noticable when watching the shows.

Check out the aforementioned e-mail blast with the photos advertising Paul Heyman and Eric Bischoff for this coming week’s episodes of RAW and SmackDown Live below, and make sure to join us here at eWrestling.com on Monday and Tuesday evening for live play-by-play results coverage of both shows.