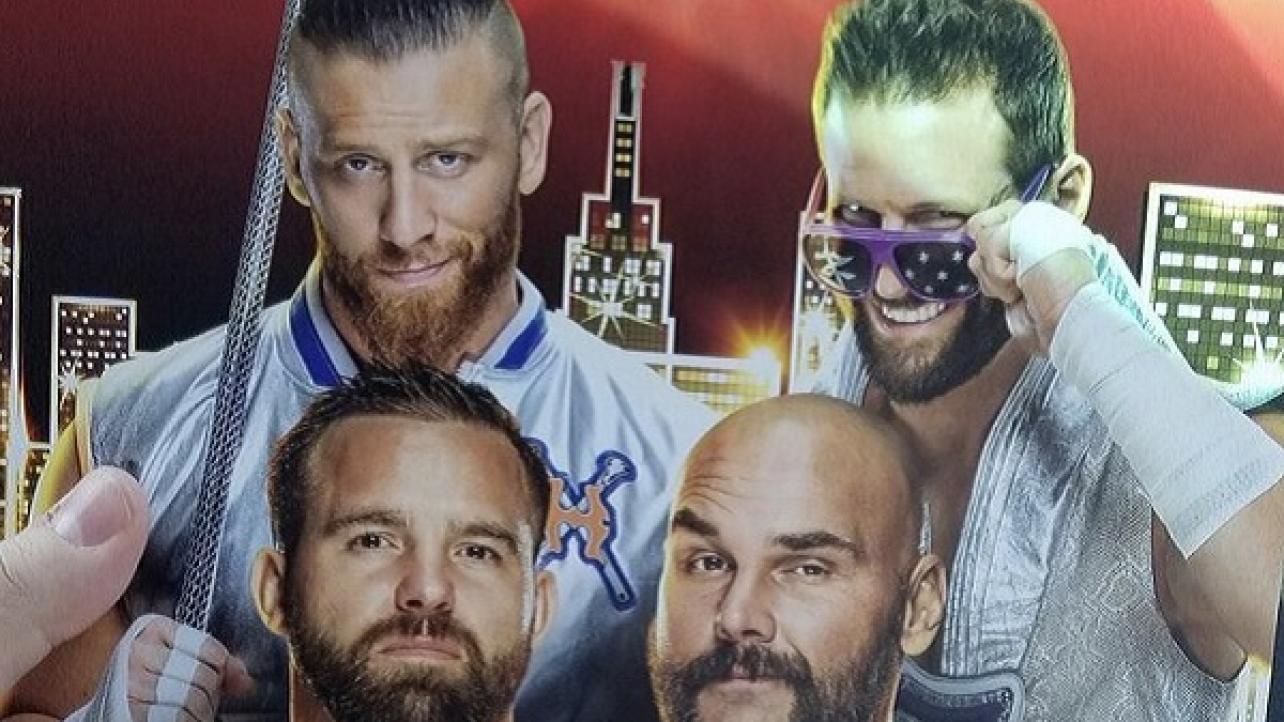 It looks like the RAW Tag-Team Championships will be defended at WrestleMania 35, after all.

As seen on the WrestleMania 35 “go-home” edition of RAW this week, Curt Hawkins and Zack Ryder issued a challenge to The Revival for a RAW Tag-Team Title shot at the biggest show of the year.

There was talk that Hawkins and Ryder would be part of a multi-team match for the RAW Tag-Team Titles, however now it appears that it will be a regular tag-team match between the aforementioned two teams.

@WrestleVotes is reporting that local advertisements in the New York City area are promoting a straight tag-team match pitting The Revival against Zack Ryder and Curt Hawkins, with the RAW Tag-Team Championships on-the-line.

Check out the spoiler advertisement making the rounds in NYC confirming a new title match for Sunday’s mega-PPV below.

“Get new sources” they said…. pic.twitter.com/30iM1tbcng