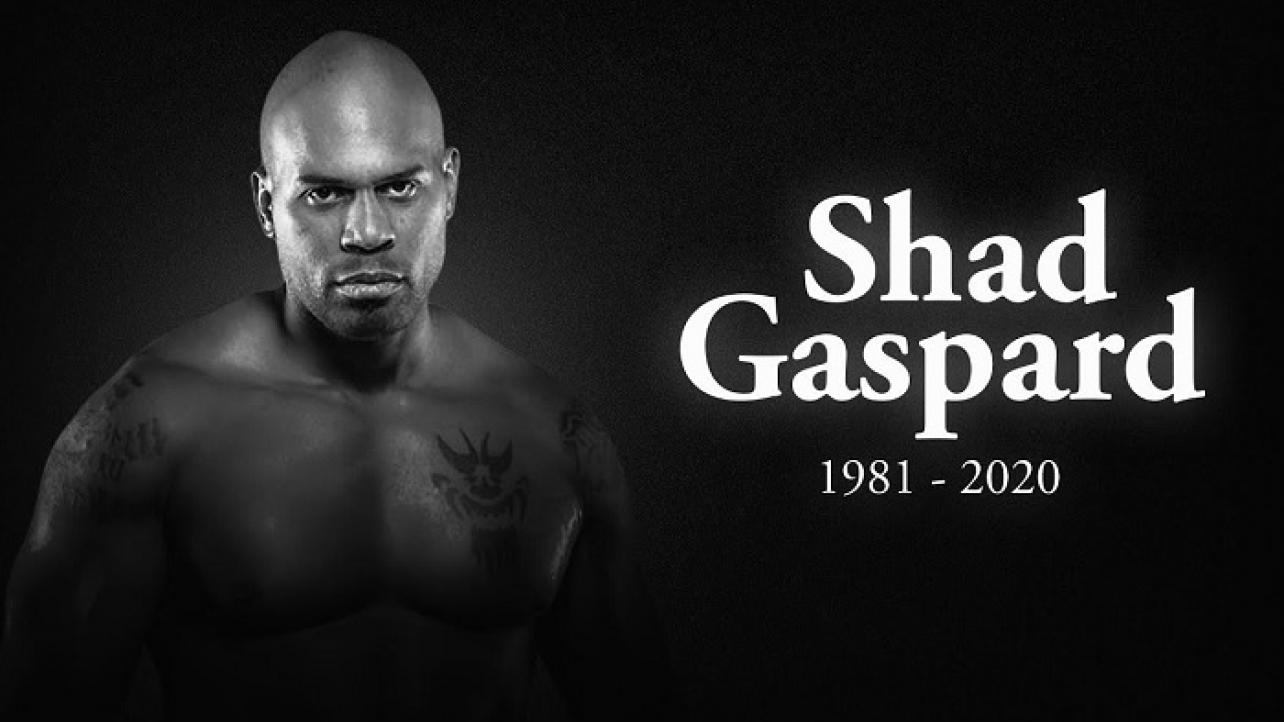 WWE acknowledged the passing of the late Shad Gaspard on their NXT on USA broadcast on 5/20, showing a graphic along with the words “In Memory of Shad Gaspard 1981-2020.”

Some fans wondered why the company didn’t make any mention of him on Monday Night Raw and a source noted that it was simply because at that time, despite the odds, there was no official confirmation that he had passed away.

WWE is saddened to learn that former WWE Superstar Shad Gaspard has passed away at the age of 39. https://t.co/ngyuRpkjps

In addition to WWE, All Elite Wrestling also paid respects to the pro wrestling veteran, as WWE Hall Of Famer and AEW announcer Jim Ross spoke about the tragic news during the AEW Dynamite “Double Or Nothing 2 ‘go-home’ show on Wednesday night.

J.R. paid his respects to the former Cryme Tyme member by bringing it up during one of the matches on the show and talking to co-commentators Tony Schiavone and The Excalibur about the tragic story.

We here at eWrestling.com would again like to extend our condolences to the family and friends of the late Shad Gaspard.