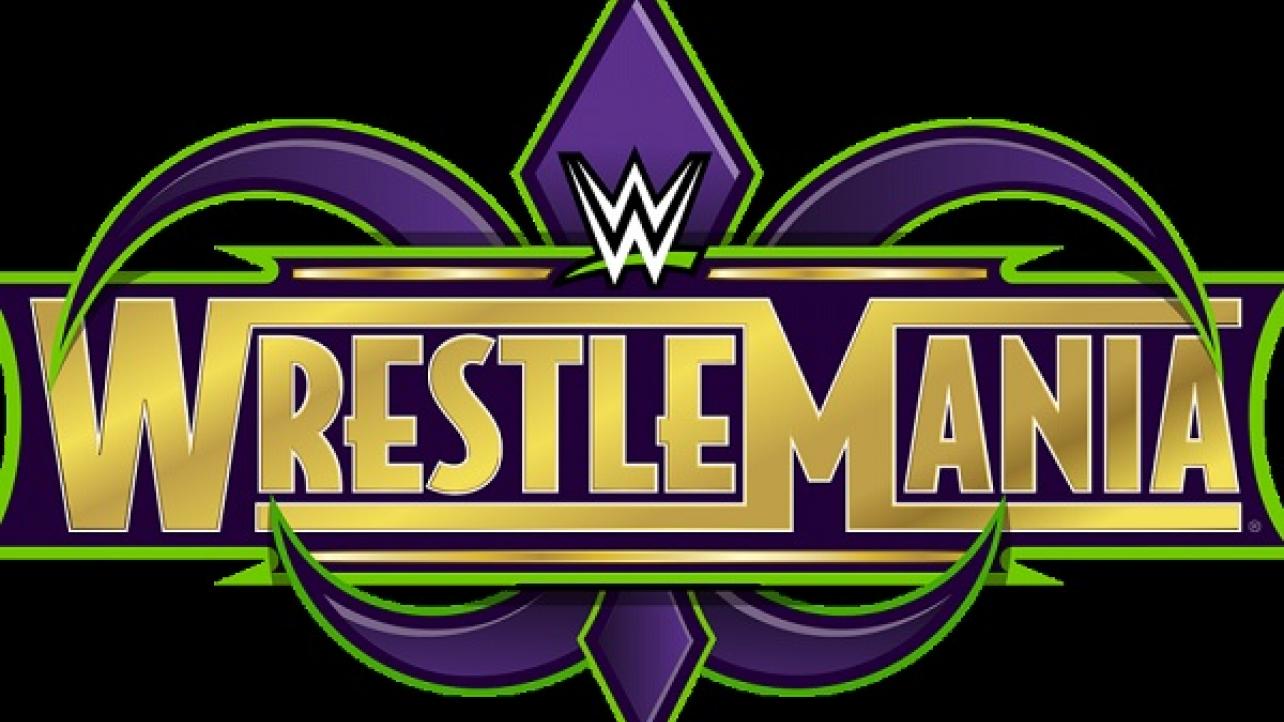 On Monday, WWE announced that SNICKERS and WrestleMania have extended their partnership, as they will serve as the official sponsor for this year’s WrestleMania 34 pay-per-view at the Mercedes-Benz Superdome in New Orleans, Louisiana this April.

Featured below is the complete press release that WWE sent out this morning:

HACKETTSTOWN, N.J.and STAMFORD, Conn., March 5, 2018 /PRNewswire/ — For the third consecutive year, SNICKERS® Brand will serve as the exclusive presenting partner of WrestleMania 34, one of the biggest sports and entertainment events in the world. WrestleMania, WWE’s annual pop-culture extravaganza, will take place Sunday, April 8, 2018 at the Mercedes-Benz Superdome in New Orleans and stream live around the world on WWE Network.

SNICKERS’ presenting partnership of WrestleMania is highlighted by custom content produced by WWE for SNICKERS, which will feature WWE Superstars and the brand’s popular ‘You’re Not You When You’re Hungry’ campaign. The creative will appear across WWE’s global digital and social platforms, which includes the #1 sports channel and #2 channel overall in the world on YouTube, on the award-winning WWE Network, and on WWE’s flagship TV programs Monday Night Raw® and SmackDown Live® on USA Network, a long-standing SNICKERS partner.

As part of the agreement, SNICKERS will have promotional activity at WrestleMania Axxess – WWE’s four-day, interactive fan festival, presence at WWE live events leading up to WrestleMania, retail promotions, as well as custom digital and social content, including a branded WWE.com and YouTube series hosted by WWE digital correspondent Cathy Kelley. SNICKERS will also leverage WWE’s Instagram page, which has more than 14 million followers – the most of any major sport – with a sponsored Instagram story on the day of WrestleMania.

“We’re thrilled to partner with WWE for a third consecutive year as the presenting sponsor of WrestleMania 34 in New Orleans,” said Michael Italia, Senior Brand Manager, SNICKERS Brand. “The animated personalities of WWE cannot afford to be hungry in the ring, which makes our partnership that much more of an authentic extension of our ‘You’re Not You When You’re Hungry’ campaign. We’re eager to connect with WWE’s passionate fan base in person and across social media this year, as this event continues to grow in attendance and engagement.”

“As one of the biggest sports and entertainment events in the world, WrestleMania will again provide SNICKERS a global platform to deliver their award-winning ‘You’re Not You When You’re Hungry’ campaign,” said John Brody, WWE Executive Vice President, Global Sales & Head of International. “Our continued WrestleMania partnership with SNICKERS is a result of innovative and entertaining collaborations that engaged our passionate fans worldwide.”

Additionally, SNICKERS will be the presenting sponsor of the WrestleMania block party at Champions Square outside the Mercedes-Benz Superdome, which is free and open to the public, and will include fun-filled entertainment areas with music, games and food.

SNICKERS is also currently conducting a retail sweepstakes on U.S. military bases that will give 25 winners free access to stream WrestleMania on WWE Network.

WrestleMania is more than just a one-day event; it’s a week-long celebration that will stretch throughout the New Orleans region. In addition to WrestleMania, other events include: WrestleMania Axxess®, WWE’s four-day, interactive fan festival at the Ernest N. Morial Convention Center, and four spectacular live events taking place at Smoothie King Center, including the 2018 WWE Hall of Fame Induction Ceremony, NXT TakeOver®, Monday Night Raw® and SmackDown Live®. WWE will also host activities designed to give back to the local community during WrestleMania Week including “Be a STAR” bullying prevention rallies, hospital visits and Make-A-Wish events. Additional information on these events will be announced in the future at www.wrestlemania.com.