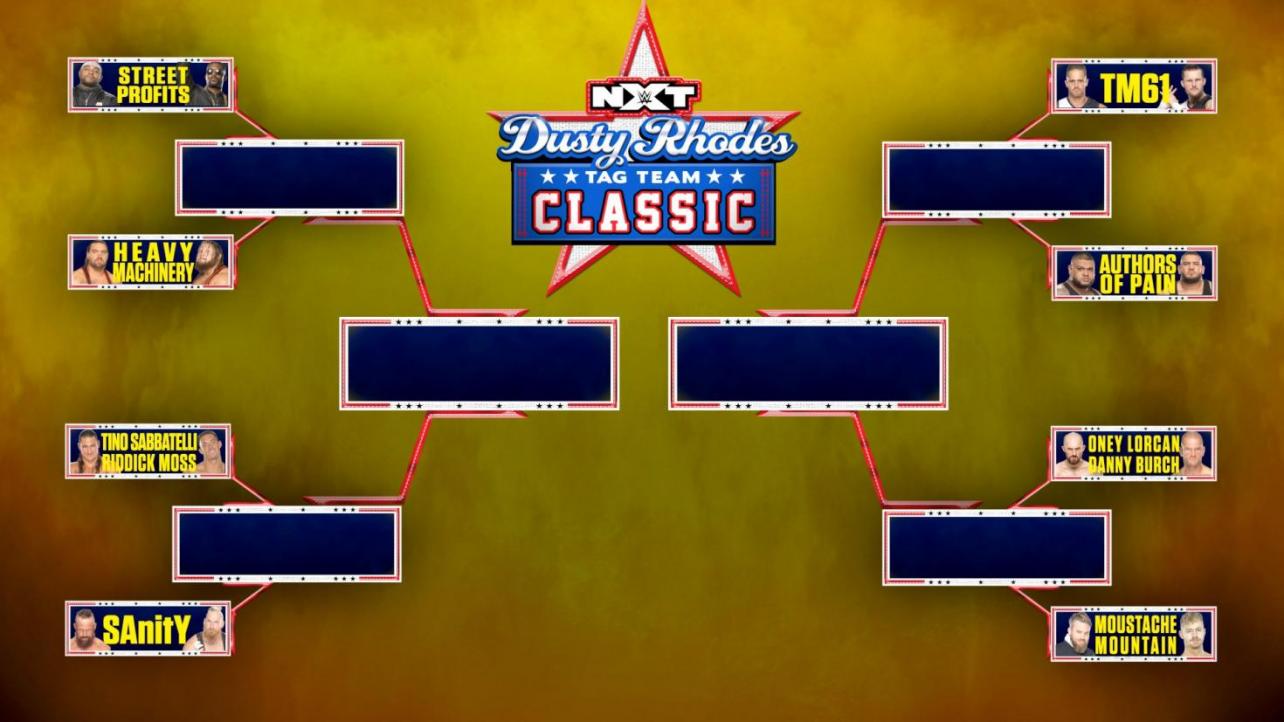 After officially announcing the tournament on television on this past Wednesday night’s episode of NXT TV on the WWE Network, the brackets for this year’s Dusty Rhodes Tag-Team Classic have been set.

The Dusty Rhodes Tag Team Classic is back, and WWE.com has the tournament bracket!

NXT General Manager William Regal announced the return of the Dusty Classic this week and revealed that matches will begin on the March 7 episode of NXT, with the tournament winners going on to challenge Undisputed ERA’s Bobby Fish & Kyle O’Reilly for the NXT Tag Team Championship at TakeOver: New Orleans.

Eight of NXT’s top duos will compete in the tournament honoring WWE Hall of Famer Dusty Rhodes. The first round will feature four must-see matches, including a showdown between rising young tag teams Heavy Machinery and Street Profits; a rematch of the 2016 tournament final, the red-hot returning duo of TM61 vs. former Dusty Classic winners The Authors of Pain; the athletic tandem of Riddick Moss & Tino Sabbatelli against the chaos-seeking SAnitY; and what is sure to be a slugfest pitting hard-hitters Oney Lorcan & Danny Burch against the bastions of British Strong Style, Tyler Bate & Trent Seven, aka Moustache Mountain.

Which duos will advance to the second round of the prestigious tag team tournament and come one step closer to challenging for the NXT Tag Team Titles at TakeOver: New Orleans? Tune in to NXT every Wednesday night at 8/7 C on the award-winning WWE Network as the Dusty Rhodes Tag Team Classic returns!

#WWENXT GM @RealKingRegal has announced the return of The #DustyClassic… and a huge opportunity awaits the winning team! pic.twitter.com/sDpktiwXMv