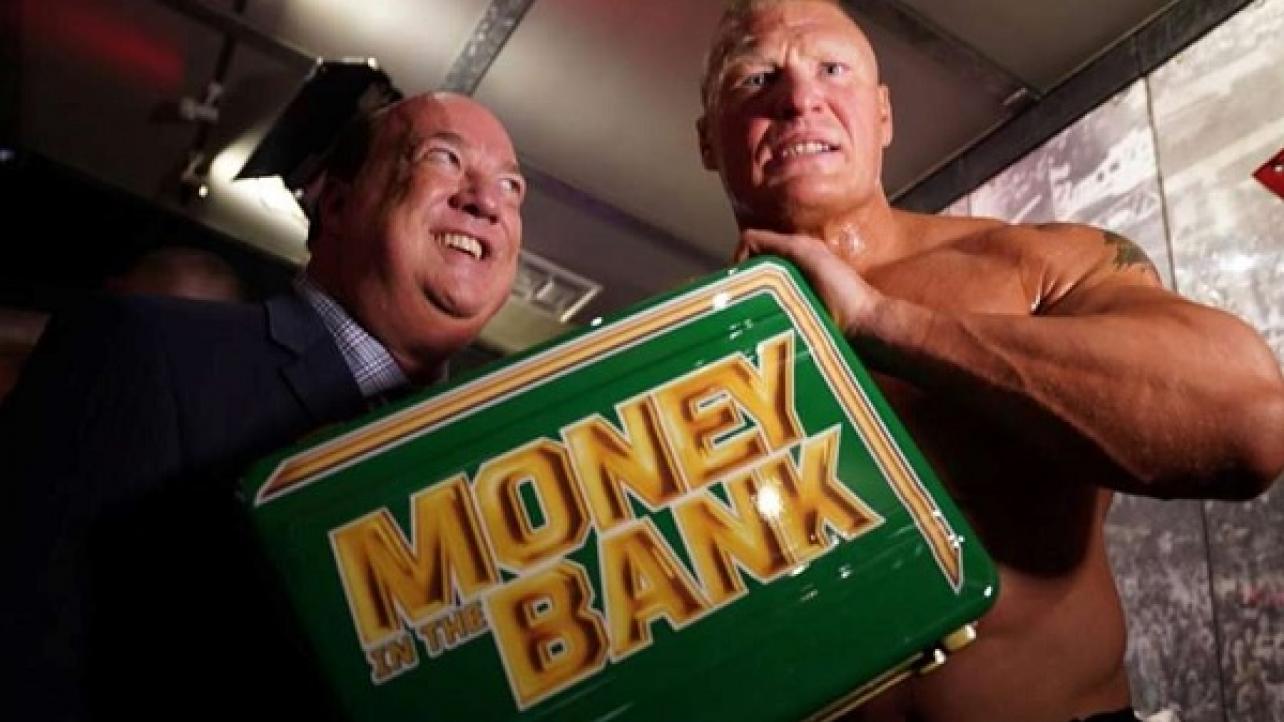 Whether it is another false promise or an attempt to attract viewers, WWE has announced that Brock Lesnar will cash in his Money in the Bank contract this Monday on Raw. In the WWE article, it is confirmed that the cash-in will occur against Seth Rollins. Here’s what WWE tweeted with Paul Heyman representing his client and Rollins’ tweet as well:

After Brock Lesnar learned about the one-year clause in the Money in the Bank contract, the question on everyone’s mind was when The Beast would make his move. Now, Paul Heyman has put the matter to rest: It’s happening this week, and it’s happening against Universal Champion Seth Rollins.

Following the McMahon family’s opening of an executive review to determine Lesnar’s punishment for “disrespecting” the Money in the Bank contract, Paul Heyman went on the offensive, declaring that his client would take a proactive rather than reactive strategy and would cash in on Rollins this Monday.

There is still some suspense at play here. Heyman did not specify when The Beast would be cashing in, only that it would occur between the hours of 8 p.m. and 11 p.m., “at a time of [Lesnar’s] choosing.” Still, that doesn’t mean the title is Brock’s for the taking. Rollins is one of the only men to crack the code of defeating Lesnar, and with the champion at least having some specifics to work with, his chances of a repeat are higher than Heyman and Lesnar are likely willing to admit.

Dude “won” his MITB contract without even participating in a match. Now is “cashing it in” via his advocate on social media. Who even is @BrockLesnar anymore? Hope you’re not lying Paul; bring this goon to Raw so I can stomp out what’s left of him. https://t.co/hFEexksp1t