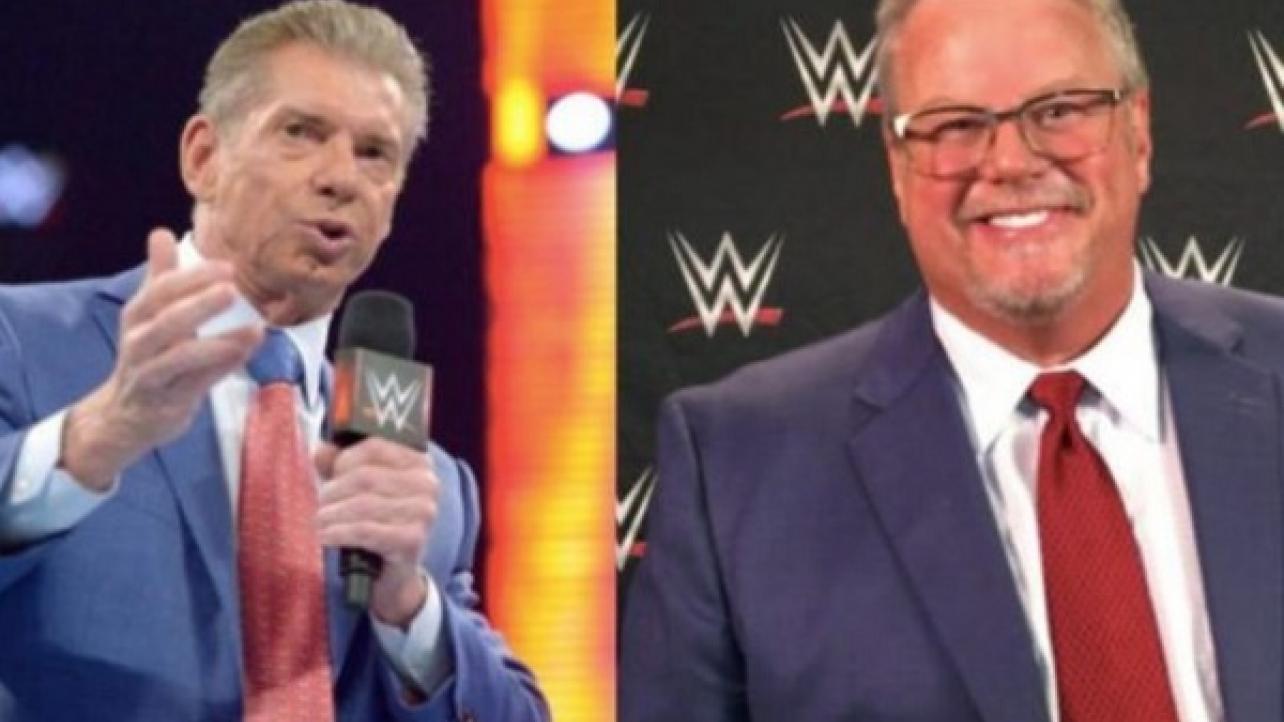 In news from the “Wait, What?!” department, WWE announced on Tuesday that Bruce Prichard has been named the new Executive Director of SmackDown.

WWE issued the following press release today to spread the news about the new lead man behind-the-scenes for the blue brand.

We will keep you posted here at eWrestling.com as updates regarding this announcement and what happened with Eric Bischoff as details continue to surface. Stay tuned and make sure to check our lead reporter Matt Boone’s official Twitter page @MattBoone1984 for more late-breaking WWE and AEW news and rumors.

Prichard will oversee the creative development of Friday Night SmackDown on FOX and ensure integration across all platforms and lines of business, replacing Eric Bischoff.

Prichard brings nearly 40 years of experience in sports entertainment with an extensive background in character development and creative storytelling. Over the course of his career, Prichard has served in a variety of roles including announcer, producer, agent and on-screen personality. Earlier this year, Prichard returned to WWE as a member of the company’s creative team.

About WWE
WWE, a publicly traded company (NYSE: WWE), is an integrated media organization and recognized leader in global entertainment. The company consists of a portfolio of businesses that create and deliver original content 52 weeks a year to a global audience. WWE is committed to family-friendly entertainment on its television programming, pay-per-view, digital media and publishing platforms. WWE’s TV-PG, family-friendly programming can be seen in more than 800 million homes worldwide in 28 languages. WWE Network, the first-ever 24/7 over-the-top premium network that includes all live pay-per-views, scheduled programming and a massive video-on-demand library, is currently available in more than 180 countries. The company is headquartered in Stamford, Conn., with offices in New York, Los Angeles, London, Mexico City, Mumbai, Shanghai, Singapore, Dubai, Munich and Tokyo.

EXCLUSIVE UPDATE: @ewrestlingcom has received statement from @WWEPR CONFIRMING @EBischoff no longer works for @WWE in ANY capacity.

What does this mean?!

UPDATE: @RajahNews has received a statement from @WWE CONFIRMING @EBischoff NO LONGER works for #WWE in ANY capacity.