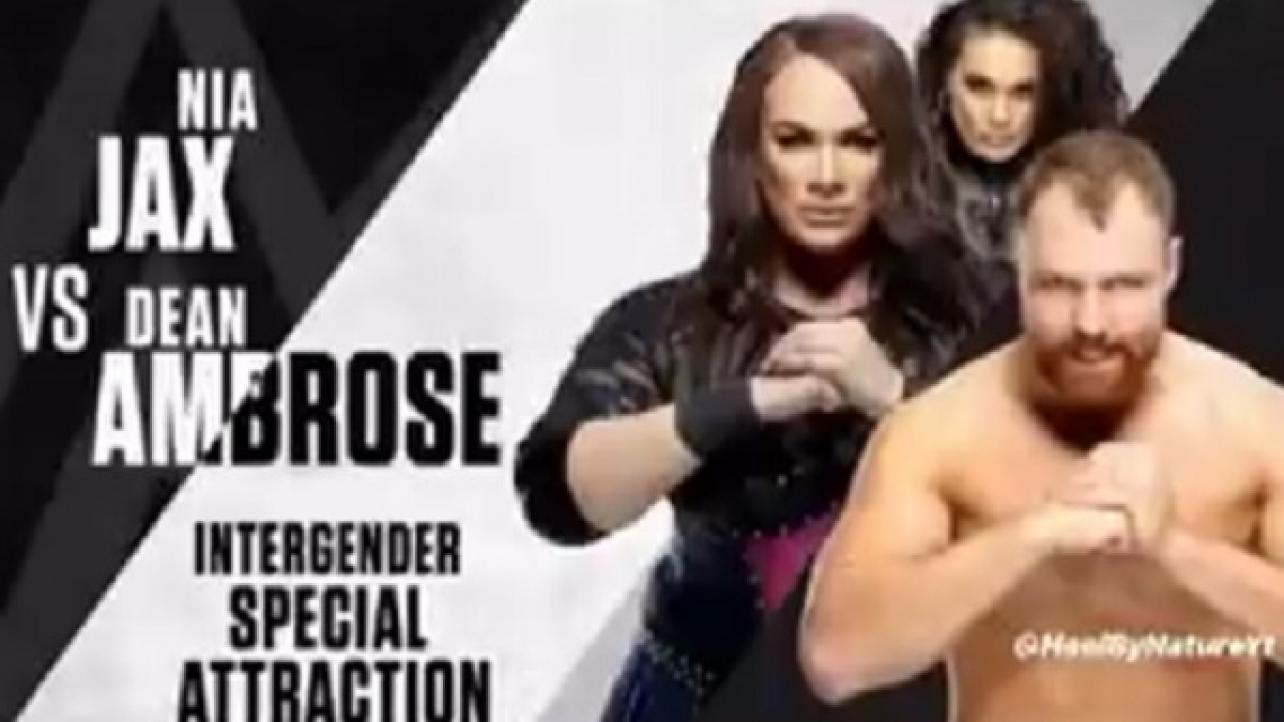 After their interaction on a recent episode of WWE RAW, which saw Jax cut off an Ambrose in-ring promo and physically knock him out of the ring, WWE has booked a match between the two Superstars.

Dean Ambrose vs. Nia Jax is happening on a live event in Arkansas. No matter the side of the fence you stand on intergender wrestling, all eyes will be on this. #WWE pic.twitter.com/OfV8Ilo8Cy

Fellow WWE Superstar and Total Divas cast member Paige also heard about the “Special Intergender Attraction” booking for the WWE Jonesboro show on 2/22. The inspiration for the new movie “Fighting with my Family” produced by Dwayne “The Rock” Johnson wrote on her official Twitter page: “Yessss an actual intergender match!! Couldn’t be happier for my girl [Nia Jax] killing it every damn day! You better werkkkk sis!”

Yessss an actual intergender match!! Couldn’t be happier for my girl @NiaJaxWWE killing it every damn day! You better werkkkk sis! https://t.co/5cSRUQCm4m

As noted, both Dean Ambrose and WWE have confirmed that he will not be signing a new contract with WWE when his current deal expires shortly after WrestleMania 35 in April.