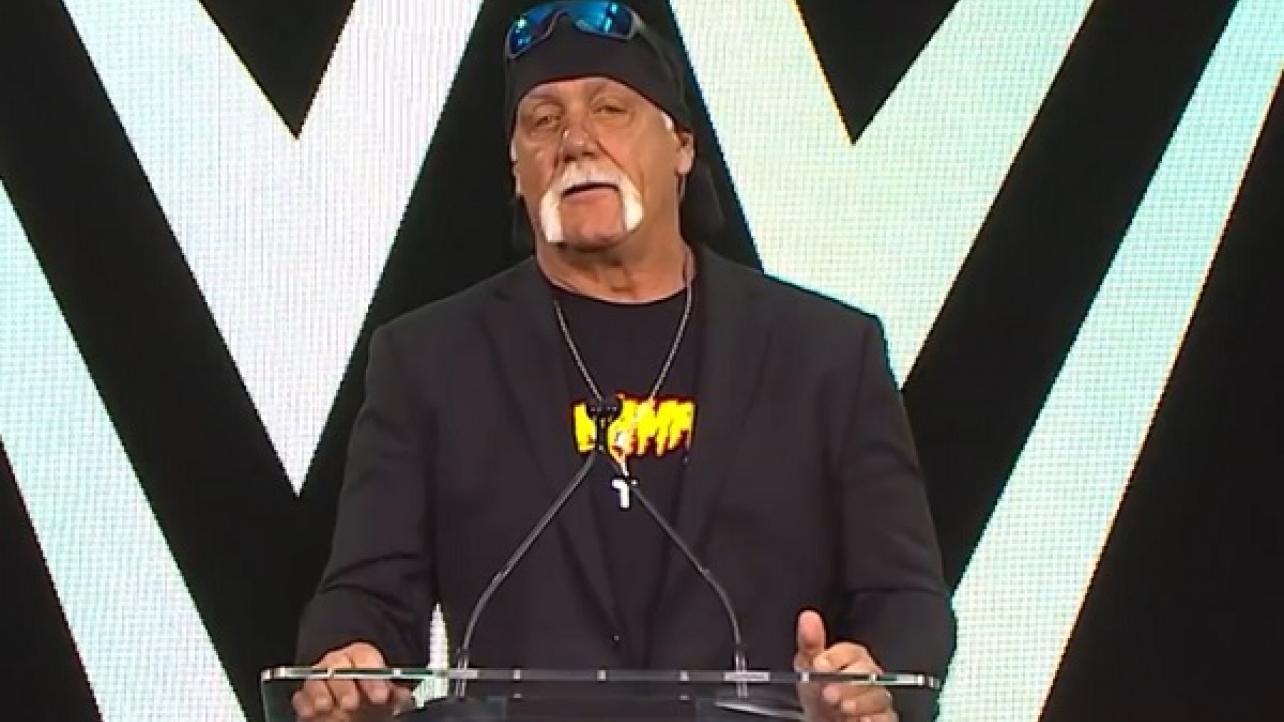 “The Hulkster” will take the stage at the WWE Hall Of Fame induction ceremony this weekend.

WWE.com released the following announcement, confirming Hulk Hogan as the man who will induct Brutus “The Barber” Beefcake into the WWE Hall Of Fame:

Hulk Hogan and Brutus “The Barber” Beefcake had each other’s back through thick and thin in WWE. This Saturday, The Hulkster will have the honor of presenting his close friend when he receives sports-entertainment’s highest honor, as he will induct Beefcake into the WWE Hall of Fame during the 2019 Induction Ceremony this Saturday, the eve of WrestleMania 35.

Hogan and Beefcake first joined forces in 1989, headlining that year’s SummerSlam against “Macho King” Randy Savage and the monstrous Zeus and later stepping into a Steel Cage to battle the ruthless duo. When Beefcake returned to the ring after a parasailing accident that nearly ended his life, Hogan was literally in “The Barber’s” corner, joining forces with him to form The Mega Maniacs, a duo that battled then-World Tag Team Champions Money Inc. at WrestleMania IX.

What stories will Hogan share about his friend as Brutus “The Barber” Beefcake enters the WWE Hall of Fame? Find out during the 2019 WWE Hall of Fame Induction Ceremony, streaming live this Saturday at 7 ET/4 PT on WWE Network.

Tickets for the 2019 WWE Hall of Fame Induction Ceremony at the Barclays Center in Brooklyn, N.Y. are available now.