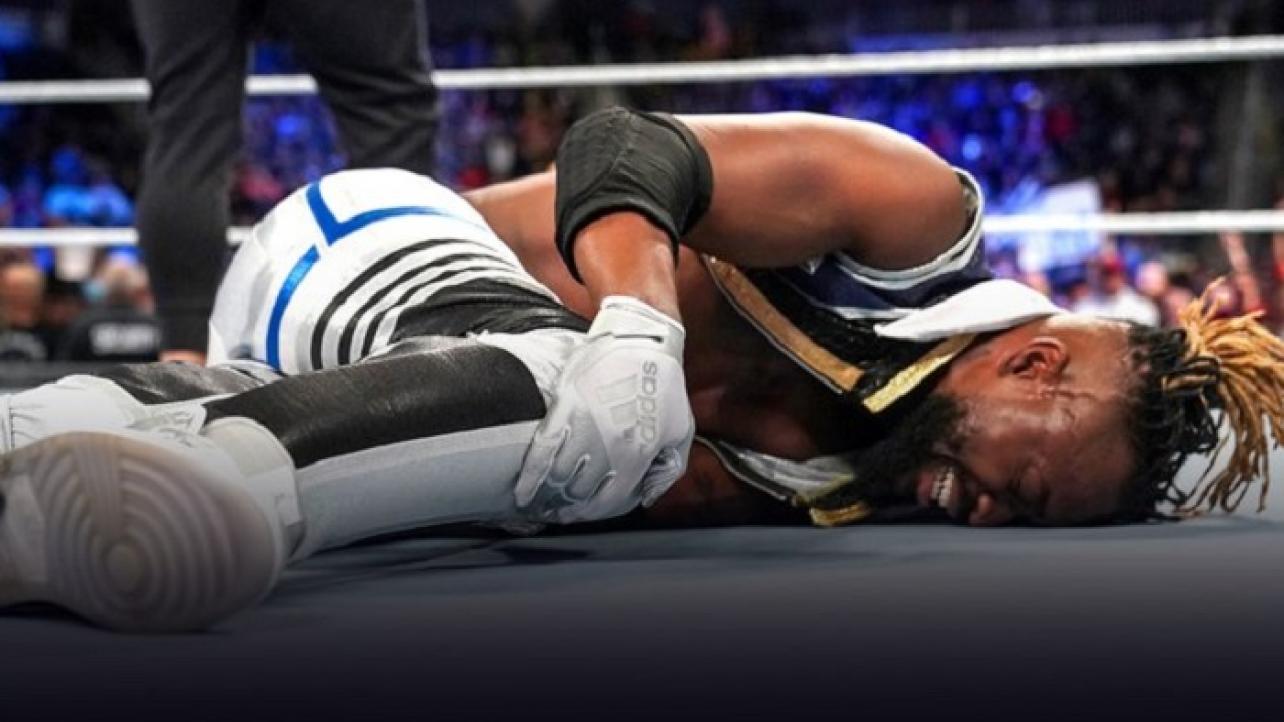 WWE has announced an injury to Kofi Kingston.

Following the main event of last week’s Friday Night SmackDown, Kingston and Xavier Woods were attacked in a post-match beatdown by Roman Reigns and The Bloodline.

On Thursday, WWE announced that Kingston had been evaluated and suffered a MCL sprain in his knee, which could keep him out of action for anywhere from a few days to eight weeks.