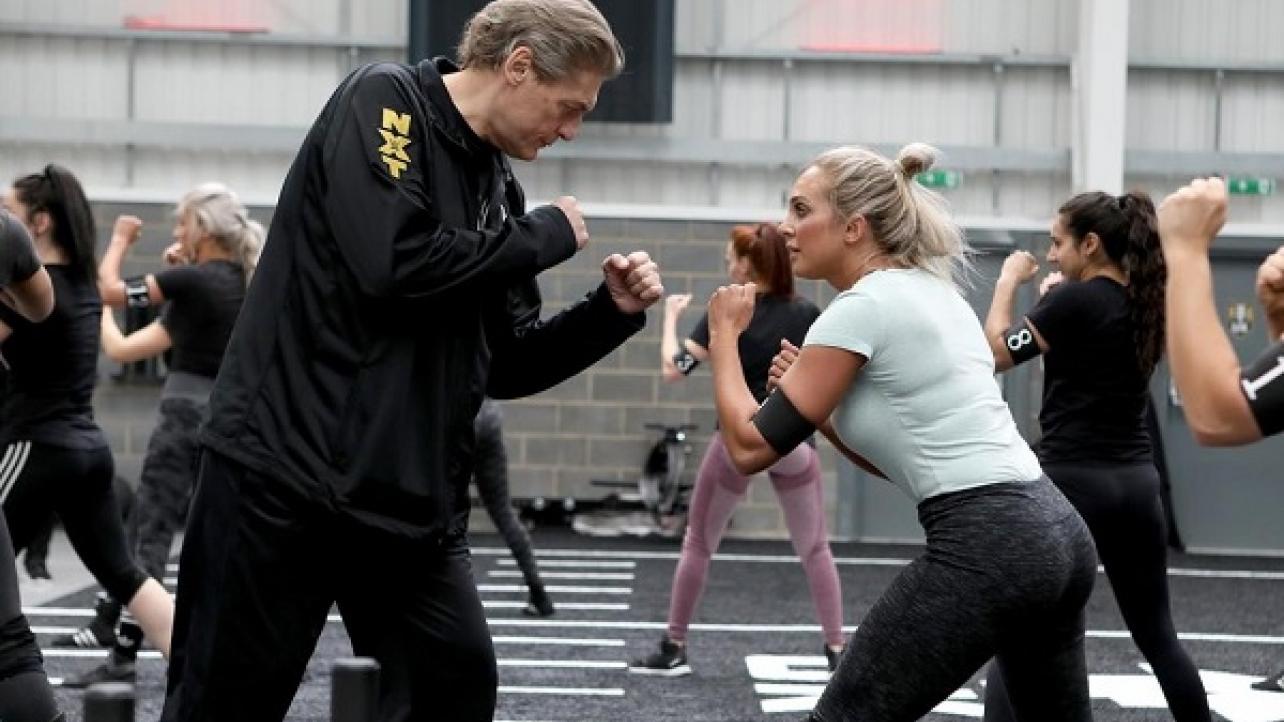 WWE announced via their official website on Thursday the list of names who attended the NXT U.K. tryout camp this week in London, England.

WWE.com released the following regarding the NXT U.K. women’s tryout camp in London this week:

The WWE U.K. Performance Center in North London is hosting 18 top female wrestlers from the United Kingdom, Europe and beyond at a tryout this week.

Check out the full rundown of attendees below:

28-year-old Dubliner Karen Glennon, a seven-year veteran who competes under the name of Martina. Known for her irreverent behavior inside the ring, Glennon is currently a titleholder in Scotland and has toured the U.S. and Japan, in addition to throughout the U.K.

Popular Londoner Candy Floss, 19, who has made many appearances in NXT UK. A freestyle wrestler in her youth, she began training for sports-entertainment at age 15.

Six-year pro Bethany Jefferson, aka Shax, who has previously trained at the WAW Academy in Norwich headed by Paige’s parents, Saraya & Ricky Knight.

Italian wrestler Sabrina Casiraghi, who’s gone by the aliases Jokey and Aivil. Casiraghi made her debut in March 2015 and is currently a champion in Italy. She has also competed regularly in Glasgow-based Insane Championship Wrestling.

Ireland’s Valkyrie Marie Cusak, 22. After initially learning the ropes in Bray in 2014, she traveled to England to study at various wrestling schools. She holds the women’s title for Over The Top Wrestling in Dublin.

24-year-old Winona Makanji, better known as Kanji, a high-flyer who made her in-ring debut in December 2017.

Philippine-born Gisele Mayordo, from Canada. Trained by Lance Storm, the 5-foot-7 Mayordo wrestles as Gisele Shaw. She wrestled in high school and was a competitive figure skater before turning to the squared circle.

22-year-old “Rhio” Rhianna McDonnell. A two-time Preston City Wrestling Women’s Champion, McDonnell is a multi-sport athlete who has a background in karate and taekwondo.

Former powerlifting champion Kaydell Joyce, from Dublin, better known as Debbie Keitel. She began her training three years ago and has since learned under the likes of England’s Marty Jones and Japan’s Emi Sakura.

20-year-old Mariah May Mead, a wrestler and model from England. Training since January 2018, she made her in-ring debut earlier this year. While in high school, Mead ran track and field and cross country, including in national competitions.

20-year-old Emma O’Sullivan, aka Raven Creed, from Cork, Ireland. A black belt in karate, O’Sullivan has been wrestling for five years in Ireland and the U.K.

25-year-old Mercedez Blaze, an independent wrestler who competes on the U.K. indie scene.

For more details on WWE’s talent recruitment efforts, including how to apply for a tryout, visit WWEPerformanceCenter.com.