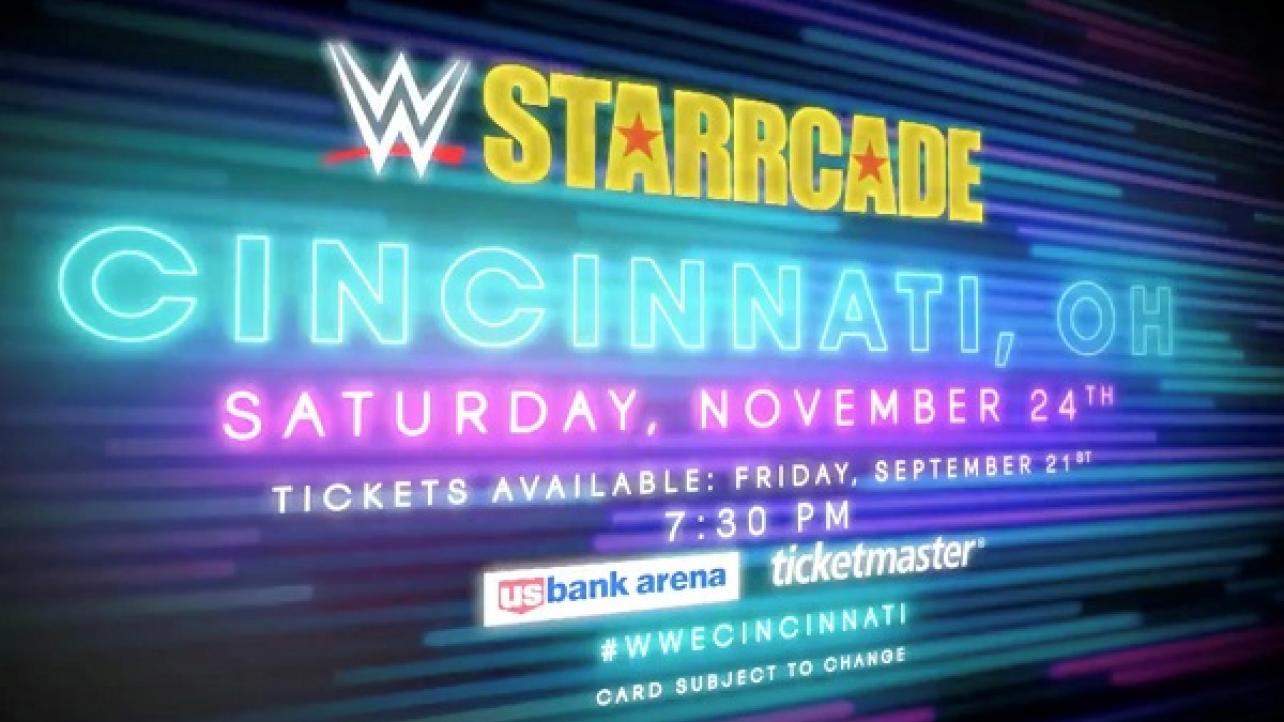 Yesterday, WWE held their now annual Starrcade event in Cincinnati, Ohio and as reported before, the company indicated that they will be airing a one-hour special of the house show on the WWE Network on Sunday evening. With it being only a one-hour special, it was pretty obvious that a good chunk of the event would not be available and earlier today, WWE announced that only two matches and two segments would be shown: