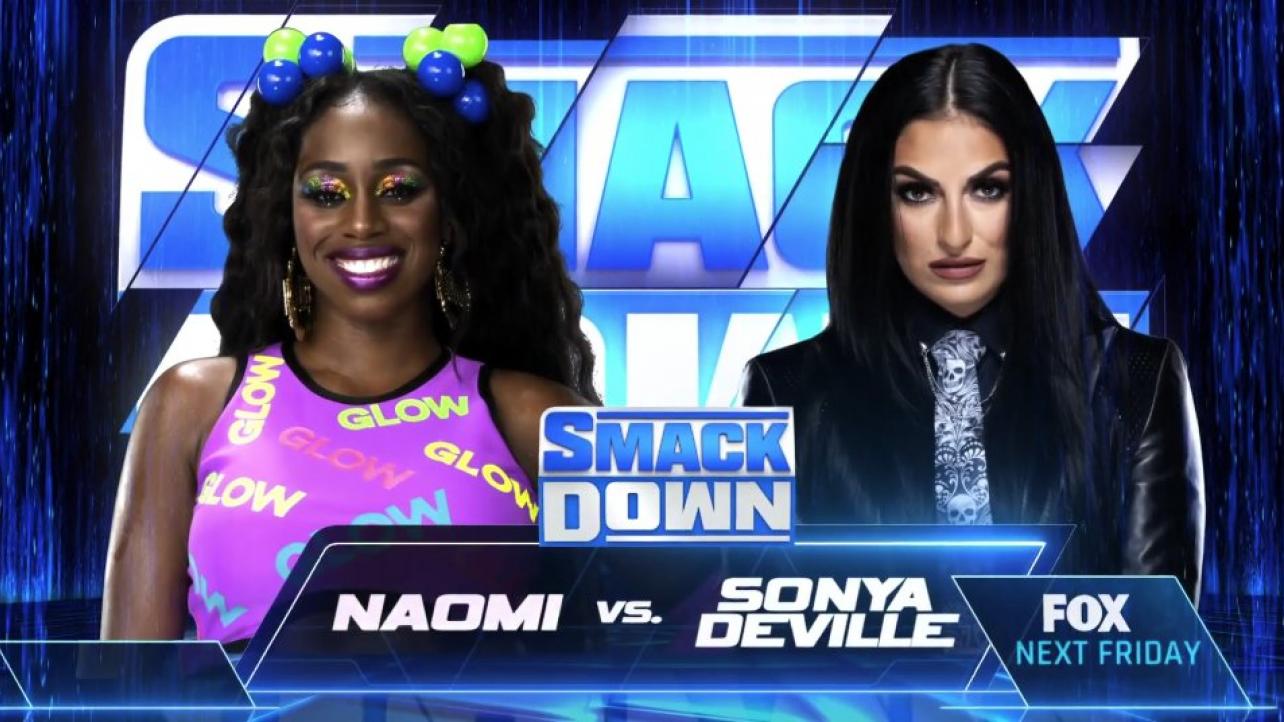 On the blue brand WWE on FOX program this week, which emanated from the AT&T Center in San Antonio, Texas, a backstage segment took place where the long-teased showdown between Naomi and Sonya Deville was confirmed.

The rivalry between the two has been teased for multiple weeks, with Deville leaning into her authority figure role to torment Naomi many times, including blatantly instructing a WWE referee to purposely do a fast-count during a pin attempt on her during a match.

This one was set up on Friday night’s show in San Antonio as well, as “The Charismatic Enigma” was joined by “The Scottish Warrior” Drew McIntyre for a two-on-two beat down of Corbin and Madcap Moss on their “Happy Talk” talk-show segment on this week’s blue brand program.

As previously reported, WWE also ran the final vignette promoting the brand debut of Xia Li on next week’s show, as she will make her first SmackDown television appearance in her new role after being drafted to the WWE on FOX show in the 2021 WWE Draft.

Check out the official announcement regarding the Naomi vs. Sonya Deville and Jeff Hardy vs. Happy Corbin matches for next week’s WWE Friday Night SmackDown show via the tweets embedded below courtesy of the official WWE Twitter feed.

Make sure to join us here at eWrestling.com on December 10, 2021 for live WWE Friday Night SmackDown on FOX results coverage from the STAPLES Center in Los Angeles, California.

Next Friday on #SmackDown!