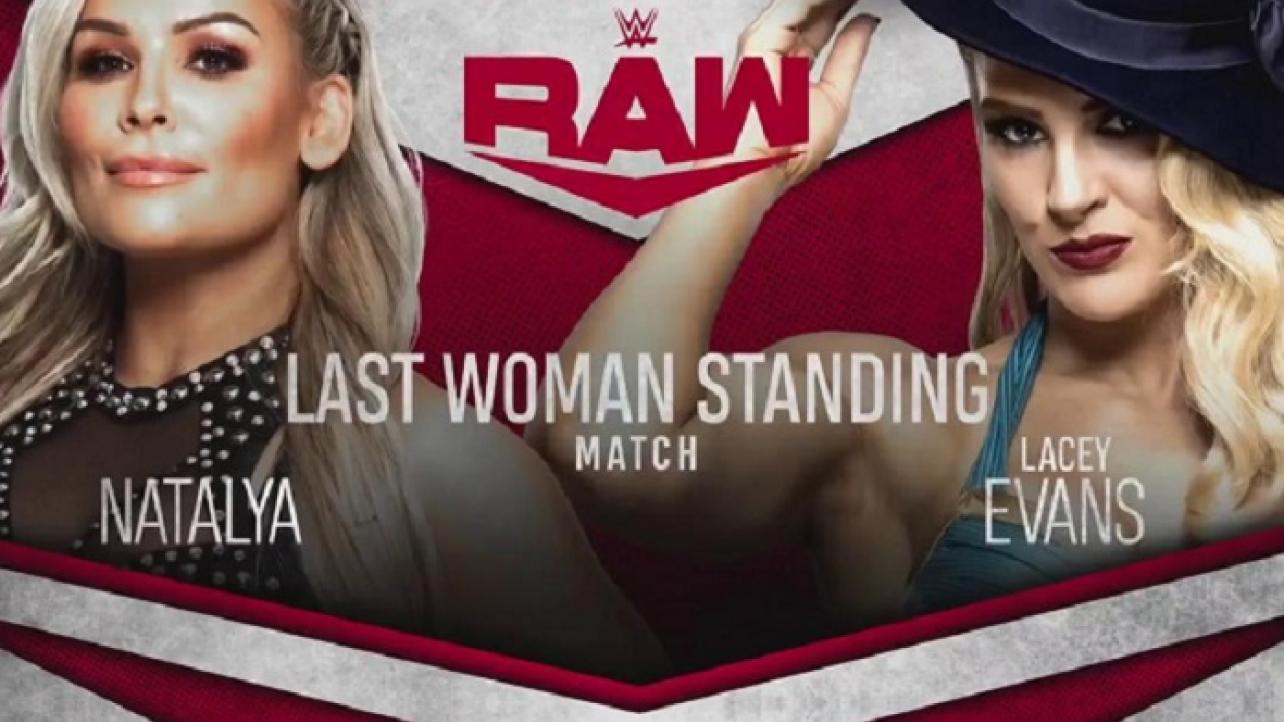 After doing battle at Hell in a Cell yesterday in Sacramento, Lacey Evans and Natalya will square off once again, presumably for the last time as their feud ends, in a Last Woman Standing match as announced by WWE last night: