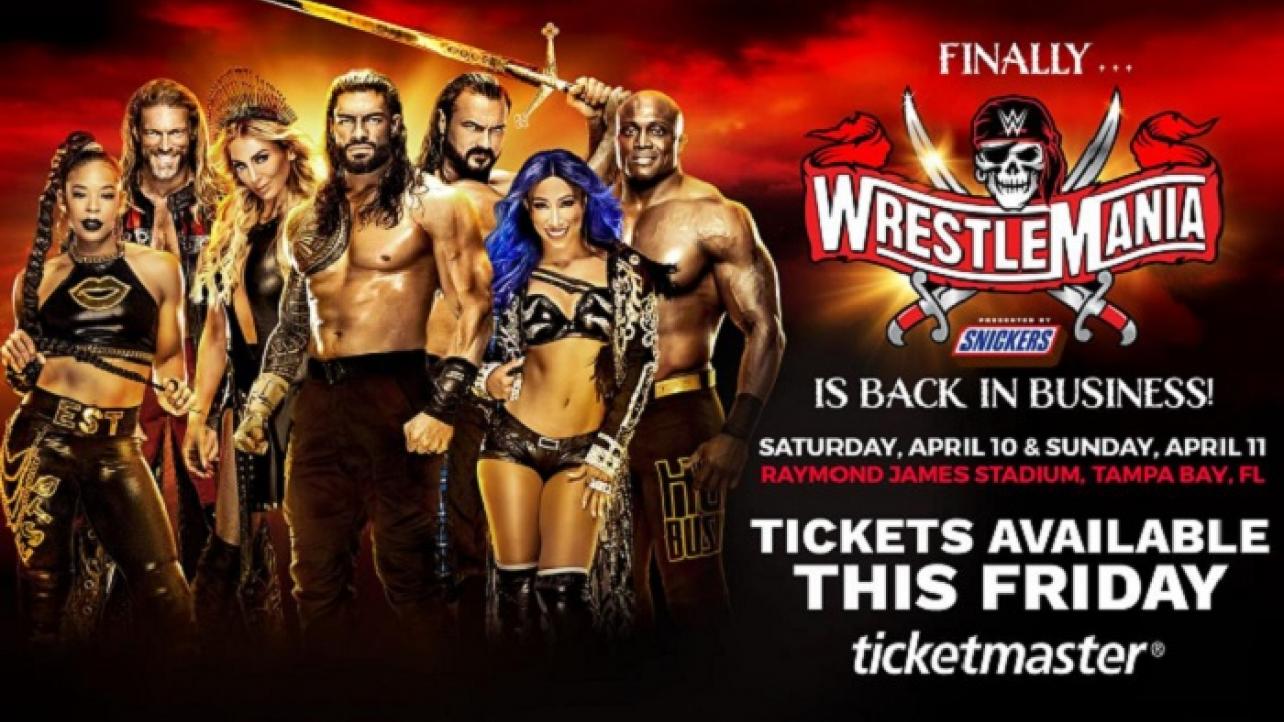 This Friday is your chance to claim your seat(s) at “The Show of Shows.”

On Wednesday morning, WWE finally announced the new on-sale date for tickets to the two-night extravaganza known as WrestleMania 37 on April 10th and April 11th.

WrestleMania is back in business, and tickets to the two-night event will now go on sale this Friday, March 19, starting at 10 a.m. ET.

Ticket prices for WrestleMania range from $35-$2,500 and can be purchased through www.ticketmaster.com.

WrestleMania will take place Saturday, April 10, and Sunday, April 11, at Raymond James Stadium in Tampa Bay, and stream live exclusively on Peacock in the United States and on WWE Network everywhere else.