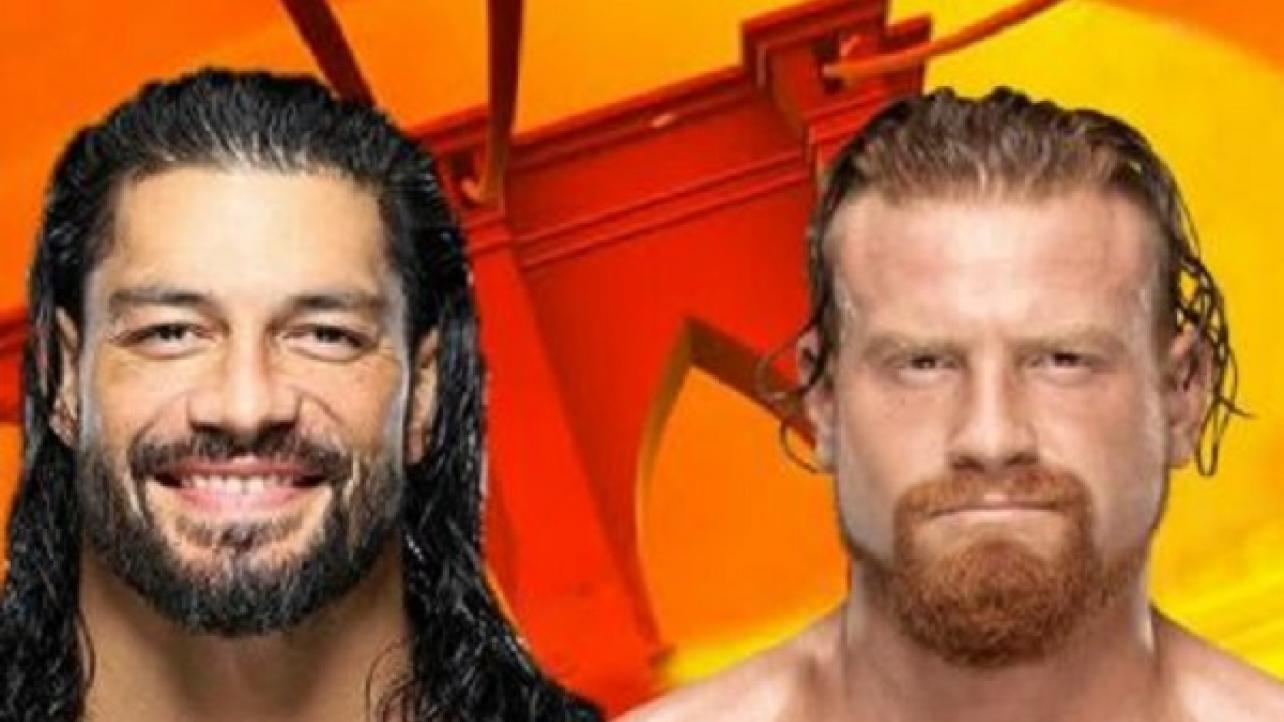 In an update, WWE has officially announced that Roman Reigns vs. Buddy Murphy will take place at Tuesday night’s post-SummerSlam edition of SmackDown Live at Scotiabank Arena in Toronto, Ontario, Canada.

WWE.com released the following announcement after the aforementioned Twitter-exchange between Reigns and Murphy on Monday afternoon:

Roman Reigns has accepted the challenge of the man he interrogated last Tuesday, and will go one-on-one with Buddy Murphy tomorrow night on SmackDown LIVE.

The Big Dog first confronted Murphy at the conclusion of last week’s show, demanding that Murphy give answers on what happened to him the previous week in what was assumed to be a forklift accident. When Murphy refused, Reigns pummeled him until he gave up a name: Rowan.

Daniel Bryan’s massive peer attacked Murphy during the SummerSlam Kickoff, telling Murphy to keep his name out of his mouth. After a rough week, The Best Kept Secret did not lay low, instead taking to Twitter to issue a challenge to Roman Reigns:

Been saying for months I want an opportunity to show what I can do. What do I get? A cheap shot and an attack during what could’ve been a GREAT #SummerSlam match. I’m not waiting… I’m challenging @WWERomanReigns to a match tomorrow on #SDLive. GIVE THE PEOPLE WHAT THEY WANT!

The Big Dog was happy to accept:

Not about holding anyone down, I’m all about seeing if people want to step up. Consider this me accepting your challenge. See you tomorrow night on #SDLive, Buddy. @WWE https://t.co/2N6ZSvySxw

What will happen when Buddy Murphy makes his SmackDown LIVE in-ring debut against The Big Dog? Find out tomorrow night at 8/7 C on USA Network!