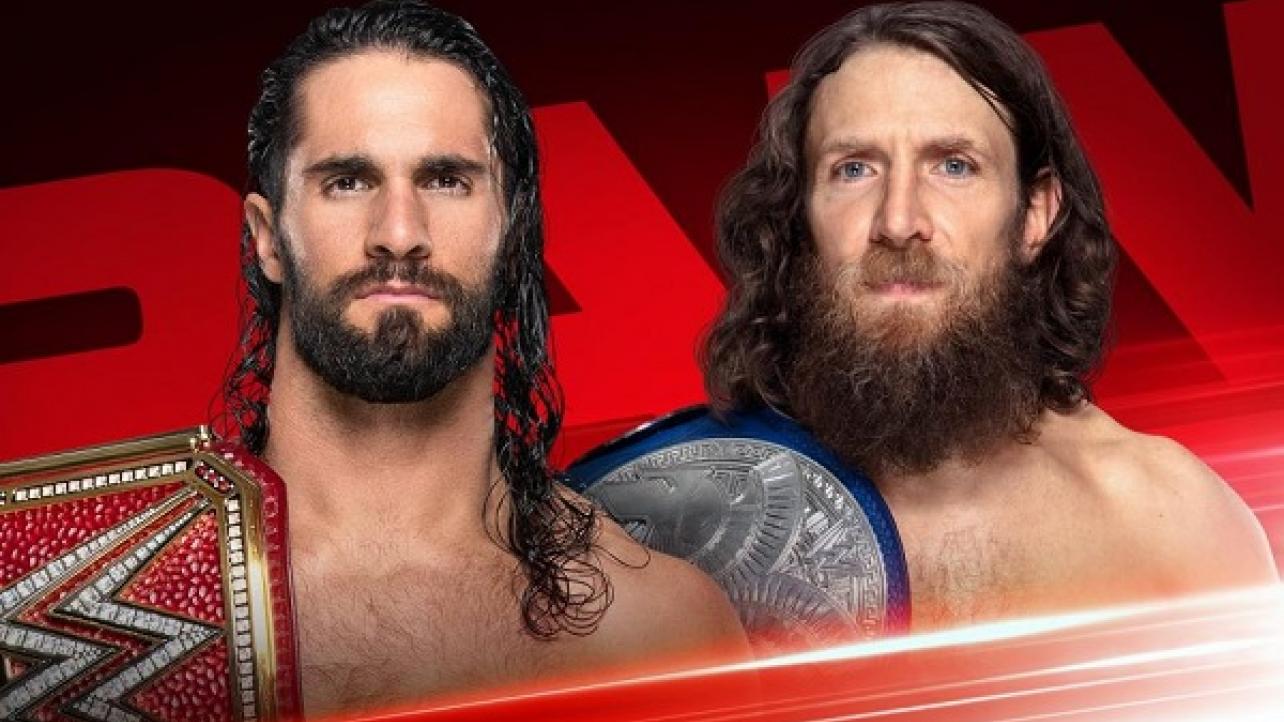 WWE has announced another big match for tonight’s edition of RAW at the STAPLES Center in Los Angeles, California.

WWE.com posted the following announcement regarding the Rollins-Bryan match for tonight’s show:

“Six nights before Seth Rollins defends the Universal Championship against Baron Corbin at WWE Stomping Grounds – with a Special Guest Referee of The Lone Wolf’s choosing officiating the bout – The Beastslayer will do battle with SmackDown Tag Team Champion Daniel Bryan one-on-one on Raw.

“How will Rollins fare against The Planet’s Champion, who comes to the red brand as one of SmackDown LIVE’s Wild Cards? And how might Corbin, who will no doubt be watching the action closely, be a factor in this match?”