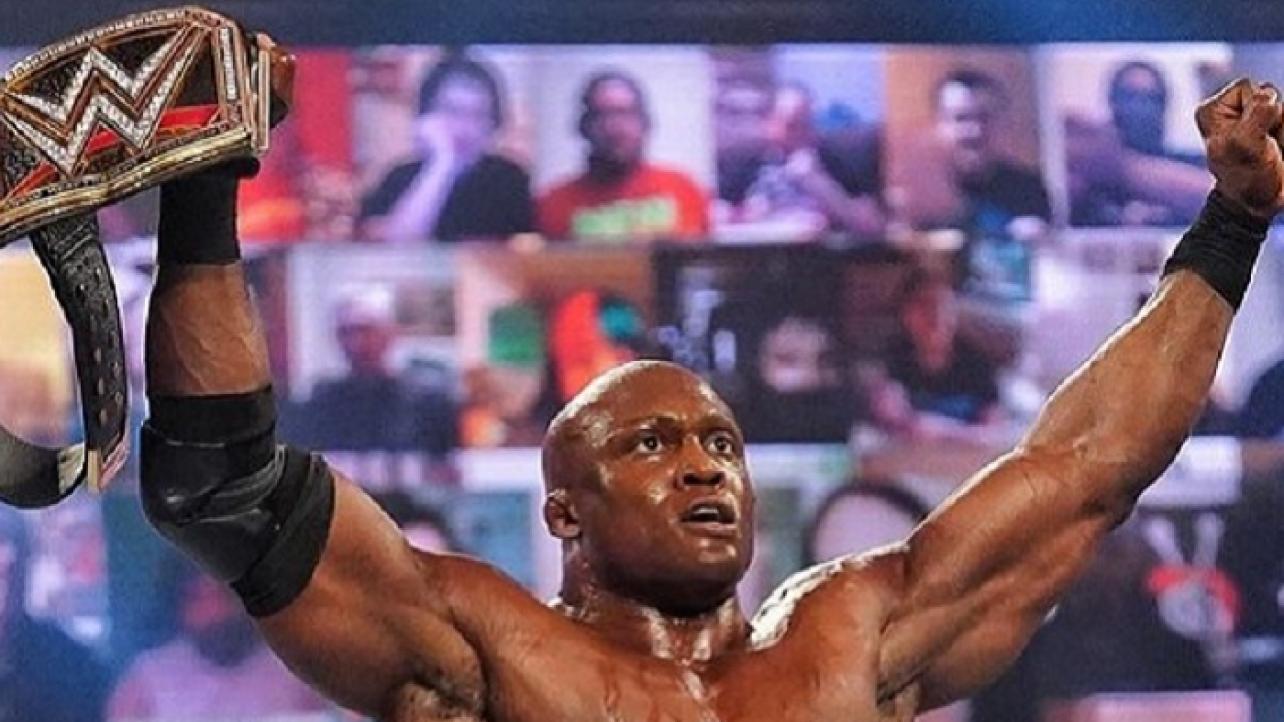 The Hurt Business will have plenty to celebrate when WWE Monday Night Raw returns to the ThunderDome in St. Petersburg, Florida next week.

During this week’s episode of WWE Friday Night SmackDown on FOX, it was announced that the new WWE Champion Bobby Lashley will be ushering in “The Almighty Era” on WWE Monday Night Raw.

Lashley, who defeated The Miz to capture his first-ever WWE Championship at this past Monday night’s edition of WWE Raw, will be hosting “The Almighty WWE Championship Celebration” with the rest of The Hurt Business on next week’s episode of the weekly red brand program on the USA Network.

It is believed that Lashley’s opponent for the upcoming WWE Fastlane 2021 pay-per-view that leads up to this year’s WrestleMania 37 two-night extravaganza will be announced on WWE Raw next week.

Check out the official promotional trailer for the March 8, 2021 episode of WWE Monday Night Raw featuring “The Almighty WWE Championship Celebration” with Bobby Lashley and The Hurt Business via the video embedded below courtesy of WWE’s official YouTube channel.

Make sure to join us here at eWrestling.com on 3/8 for live WWE Monday Night Raw results coverage.