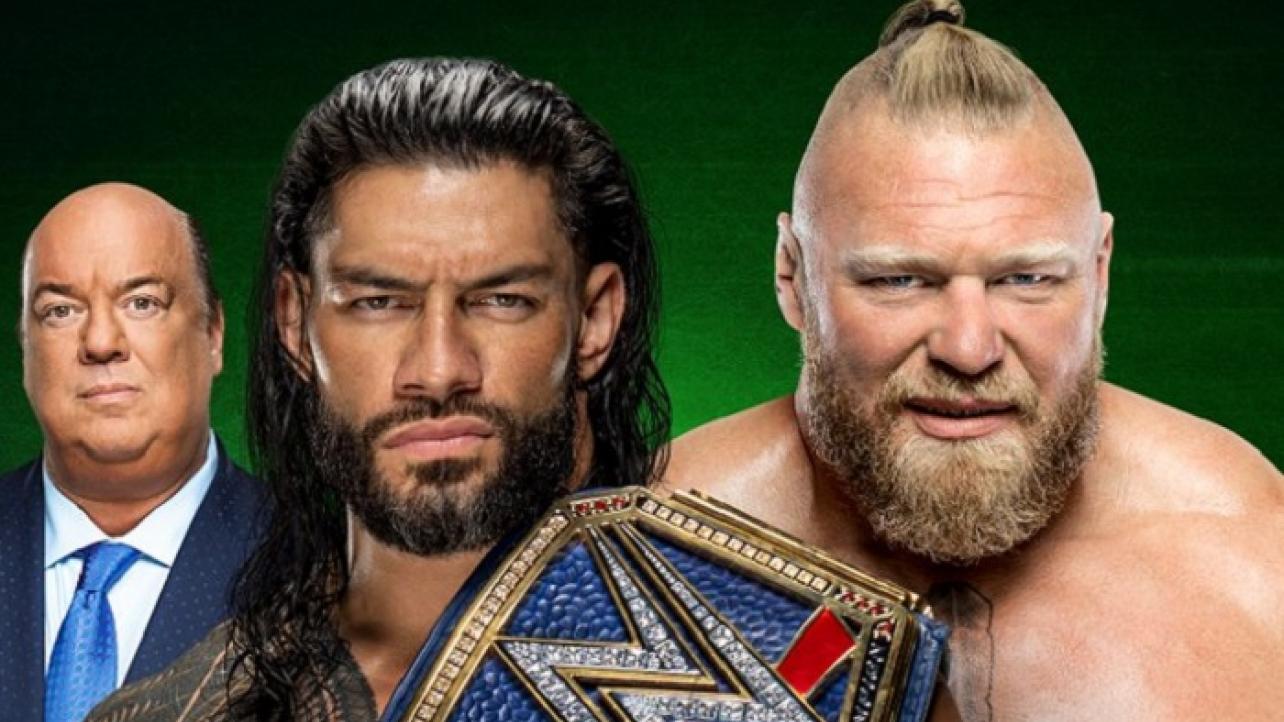 Two big announcements were made at the beginning of the WWE Crown Jewel 2021 Kickoff Show regardinjg two of the big main event matches on the card.

It was announced by the Kickoff Show panel in Saudi Arabia at the start of the official WWE Crown Jewel 2021 pre-show that the Roman Reigns vs. Brock Lesnar match for the WWE Universal Championship will now be a No Disqualification match.

Additionally, it was announced that the scheduled showdown between Goldberg and Bobby Lashley, which is already a No Holds Barred match, is now also a Falls Count Anywhere bout.

UPDATE: Later in the Kickoff Show, Kayla Braxton announced that when Roman Reigns and Paul Heyman learned of plans for their Universal Title defense against Brock Lesnar being changed to a No Disqualification match, they rejected the idea and as a result, it is not, in fact, going to be a No DQ match. There is a chance they will still make the change with another update later in the show. We will keep you posted if that happens.