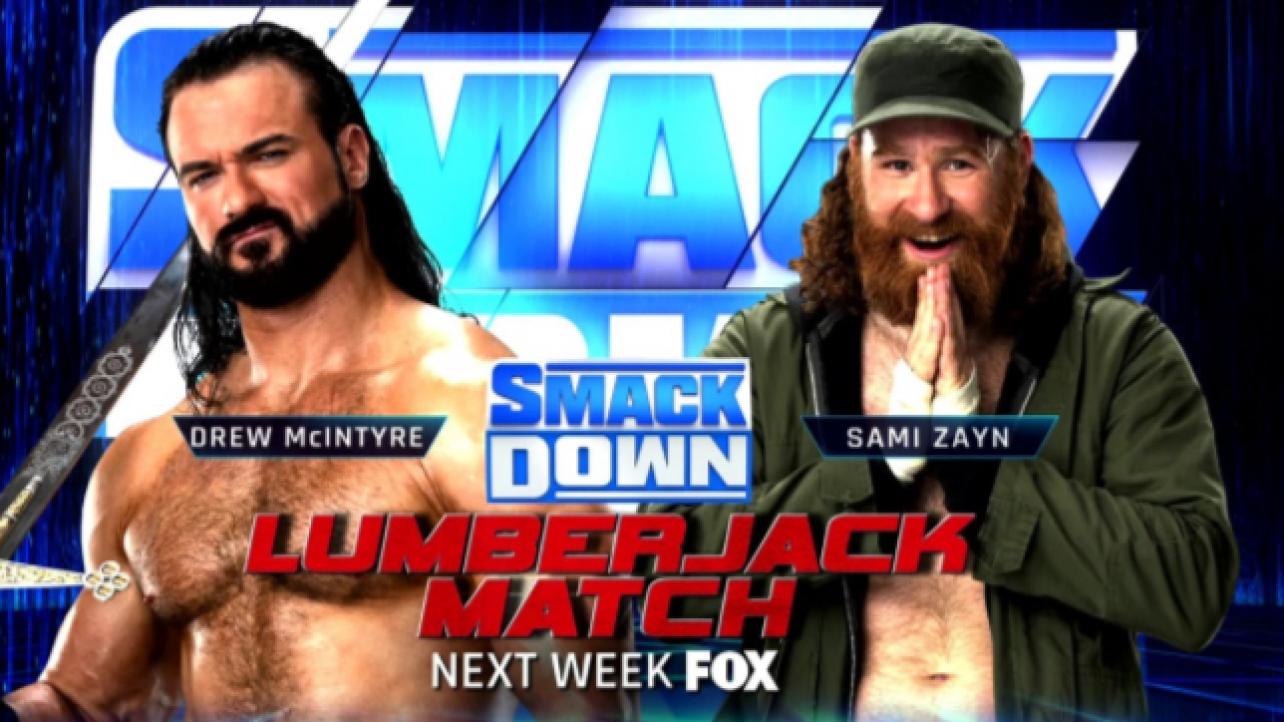 As of this writing, these are the only two matches that have been announced for next week’s SmackDown episode, which is set to take place from the MVP Arena in Albany, New York.

There’s nowhere to run for @SamiZayn next week on #SmackDown! @DMcIntyreWWE pic.twitter.com/0xutcqTTZl