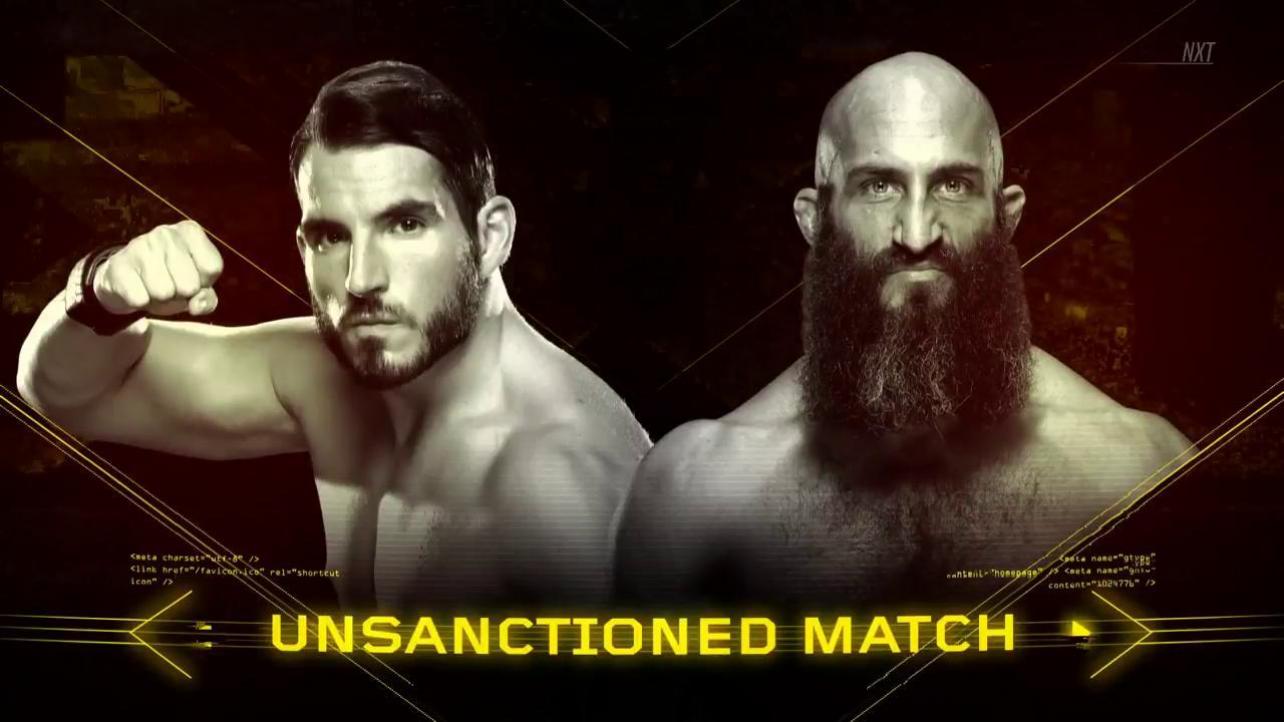 The match was made at the start of last night’s NXT TV broadcast, as NXT General Manager William Regal announced an “Unsanctioned Match” between the two where if Ciampa wins, Gargano will be out of NXT forever. However, if Gargano wins, he will get his job back.

WWE.com released the following announcement regarding the Gargano-Ciampa match next month:

After nearly a year of anticipation, one of the most bitter rivalries in NXT history will come to a head at TakeOver: New Orleans when Johnny Gargano faces former tag team partner and best friend Tommaso Ciampa in an Unsanctioned Match.

If Johnny Wrestling prevails, he will be reinstated as an NXT Superstar, a status he lost in February after Ciampa cost Gargano his job in an all-or-nothing NXT Title Match against Andrade “Cien” Almas. If Ciampa is victorious, Gargano will be banished from NXT forever.

Not only is Gargano fighting for his chance to return to the black-and-yellow brand, but the beloved competitor is also hunting for retribution against The Blackheart, who has committed countless injustices against Gargano since cruelly betraying him last May at TakeOver: Chicago. Ciampa, meanwhile, is desperate to get rid of Gargano once and for all. From disguising himself as a fan and springing a sneak attack from the crowd, to coming to Ciampa’s house in the middle of the night, Gargano has gone to extreme lengths to get his hands on his onetime #DIY teammate.

Driven mad by Gargano’s unrelenting pursuit, Ciampa finally appealed to NXT General Manager William Regal for a solution. Conceding that Gargano’s out-of-ring attacks must stop, Regal ruled that an Unsanctioned Match was in order, bringing into focus what is sure to be a fierce brawl in The Big Easy.

Can Gargano overcome his onetime ally and secure his return to NXT? Or will Ciampa send Johnny Wrestling packing for good from the black-and-yellow brand? Given the unique unsanctioned circumstances, there’s no telling how far Gargano and Ciampa will go to settle the score. The only thing for certain is that this grudge match will be a can’t-miss conflict.