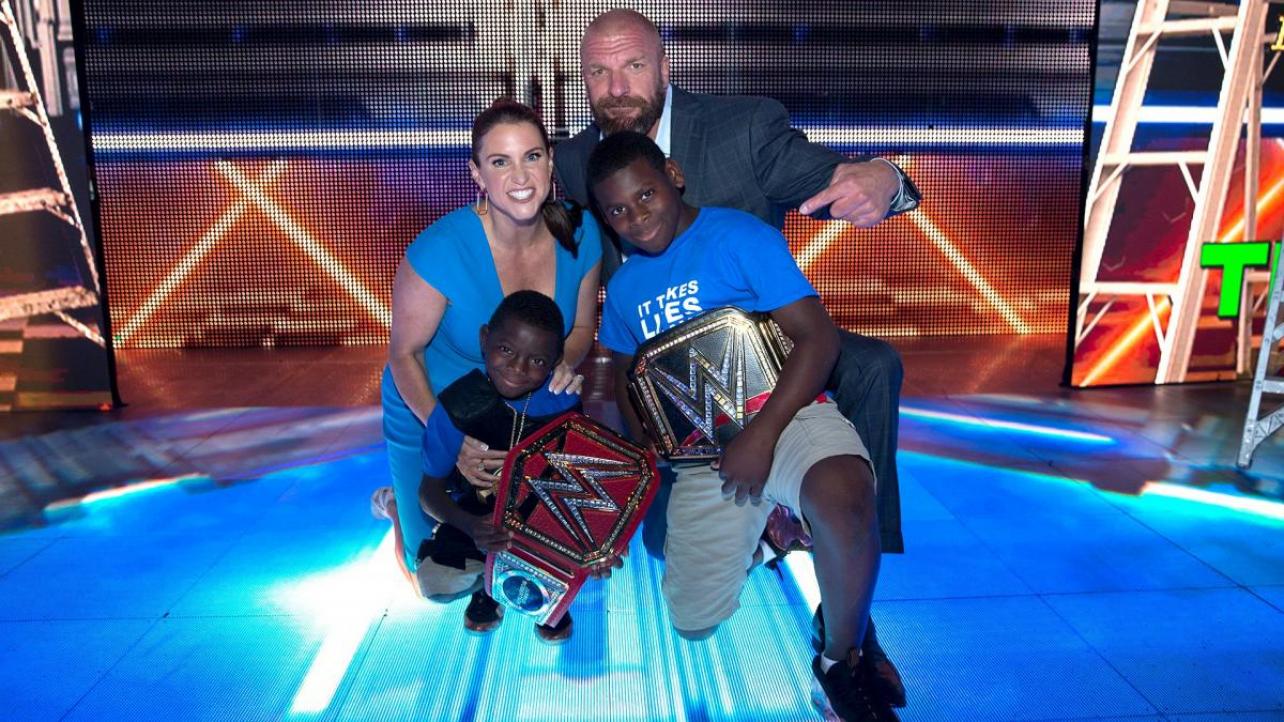 On Monday morning, WWE announced that Jarrius “JJ” Robertson will be the reipient of the Warrior Award at the WWE Hall Of Fame induction ceremony during WrestleMania 34 weekend in New Orleans, Louisiana in April.

Robert, a double-liver transplant recipient, told the official WWE website, “I can’t believe I have been chosen to be the 2018 Warrior Award recipient. Being honored by WWE means the world to me. I feel very blessed.”

Check out the complete announcement, via WWE.com, below:

As first reported by the New Orleans Times-Picayune, WWE announced today that 15-year-old Jarrius “JJ” Robertson, double liver transplant survivor and longtime WWE fan, has been named the recipient of the fourth annual Warrior Award. Named after WWE Hall of Famer Ultimate Warrior, The Warrior Award is presented to an individual who has exhibited unwavering strength and perseverance and who lives life with the courage and compassion that embodies the indomitable spirit of Ultimate Warrior.

The award will be presented to Robertson by Dana Warrior, widow of Ultimate Warrior, at the 2018 WWE Hall of Fame Induction Ceremony, which will stream live on WWE Network at 8 p.m. ET on Friday, April 6, from the Smoothie King Center in New Orleans. USA Network will broadcast a special presentation of the ceremony on Saturday, April 7, at 10 ET/10 PT and on Monday, April 9, at 11 ET/11 PT, immediately following Raw.

While battling biliary atresia, a rare chronic liver disease, Jarrius has undergone dozens of surgeries and has had two liver transplants in his short life. Through these trials and tribulations, Jarrius has not let this disease define who he is. His charismatic, lively and positive attitude throughout his journey has captured the attention of athletes, celebrities and people around the world. Living by the motto “It takes lives to save lives,” Jarrius strives to encourage everyone to become an organ donor.

“I can’t believe I have been chosen to be the 2018 Warrior Award recipient,” said Robertson. “Being honored by WWE means the world to me. I feel very blessed.”

“Jarrius has shown immeasurable amounts of courage, strength and positivity during the hardest of times. His infectious smile and personality light up any room, with no one the wiser of the pain he could have been enduring at any given moment,” said Stephanie McMahon, WWE Chief Brand Officer. “His determination to help others fight their toughest battles and his work to bring awareness to organ donation make him a true Warrior and the perfect recipient of this year’s award in his hometown of New Orleans.”

“It is a privilege to present Jarrius with this year’s Warrior Award at the WWE Hall of Fame Induction Ceremony,” said Dana Warrior. “He lives every day with the Warrior spirit and is an inspiration to people of all ages.”

Robertson has received honors from the New Orleans Saints and the NBA and was the recipient of the Jimmy V Perseverance Award at the 2017 ESPYS. Last year, Stephanie McMahon presented Robertson with a WWE Hero award for his courage, perseverance and dedication to helping others.