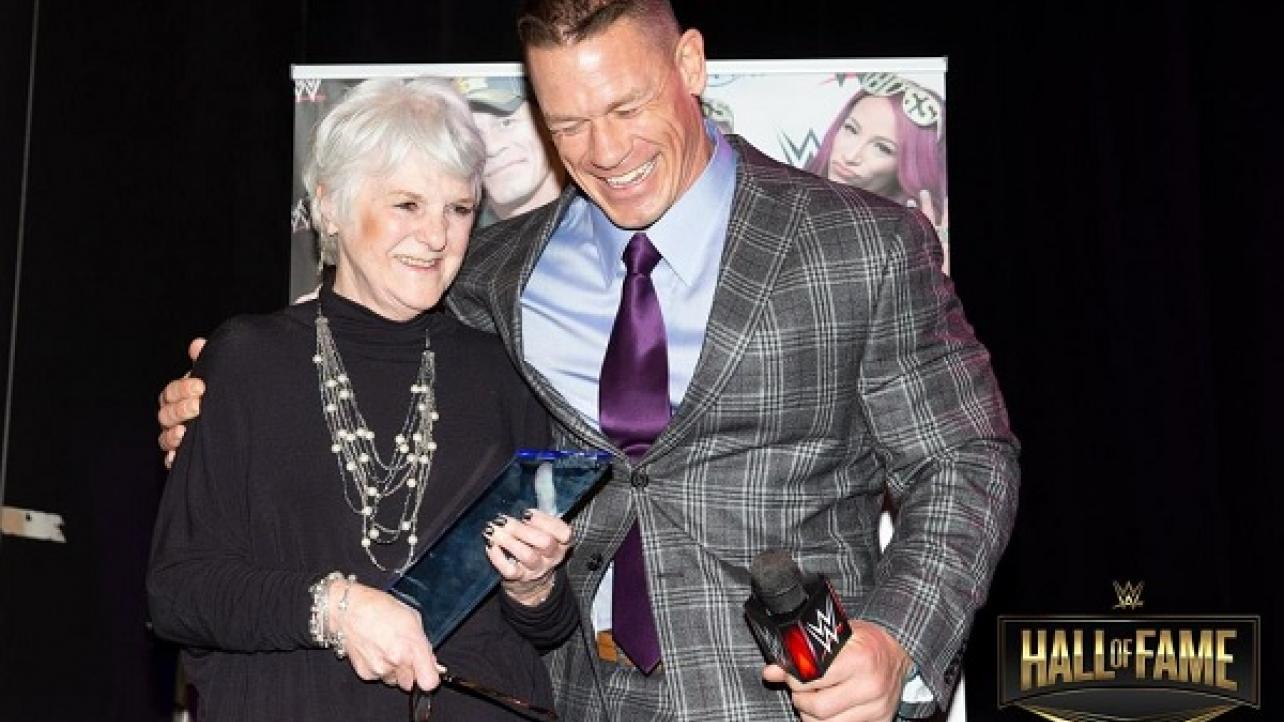 On Monday afternoon, WWE announced another inductee for this year’s WWE Hall Of Fame class.

Longtime WWE employee Sue Aitchison will be the recipient of this year’s Warrior Award at the WWE Hall Of Fame ceremony scheduled for WrestleMania 35 Weekend next month.

Sue Aitchison, a 30-year veteran of WWE’s corporate office, has been named the recipient of the fifth-annual Warrior Award. Named after WWE Hall of Famer The Ultimate Warrior, the Warrior Award is presented to an individual who has exhibited unwavering strength and perseverance and who lives life with the courage and compassion that embodies the indomitable spirit of The Ultimate Warrior.

The award will be presented to Aitchison by Dana Warrior, WWE Ambassador and widow of The Ultimate Warrior, at the 2019 WWE Hall of Fame Induction Ceremony, which will stream live on WWE Network at 7 ET/4 PT on Saturday, April 6 from Barclays Center in Brooklyn, N.Y. The news was first reported by The Stamford Advocate.

A WWE employee for more than 30 years, Sue Aitchison is widely credited with spearheading WWE’s community outreach programs. Over the course of her storied career, she built a long-term partnership with Make-A-Wish and helped grant WWE wishes to more than 6,000 children. Aitchison also pioneered WWE’s WrestleMania Reading Challenge, inspiring a love of reading for millions of children around the world. Because of her commitment to giving back, Aitchison has also been the recipient of Make-A-Wish’s Chris Greicius Award.

“Sue has dedicated her entire career to helping Wish kids fulfill their dreams and putting smiles on countless families’ faces. Her heart and character epitomize the essence of the Warrior Award,” said Stephanie McMahon, WWE Chief Brand Officer. “She is an unsung hero who deserves to be recognized and immortalized in the WWE Hall of Fame.”

“It is an incredible privilege to present Sue with this year’s Warrior Award,” Dana Warrior said. “My husband saw Sue’s efforts firsthand throughout his WWE career. She displays the Warrior spirit every single day and is an inspiration to us all.”

“I am humbled to receive this prestigious award,” Sue Aitchison said. “I look forward to continuing WWE’s efforts with Make-A-Wish and other organizations to make a positive impact on children and their families around the world.”