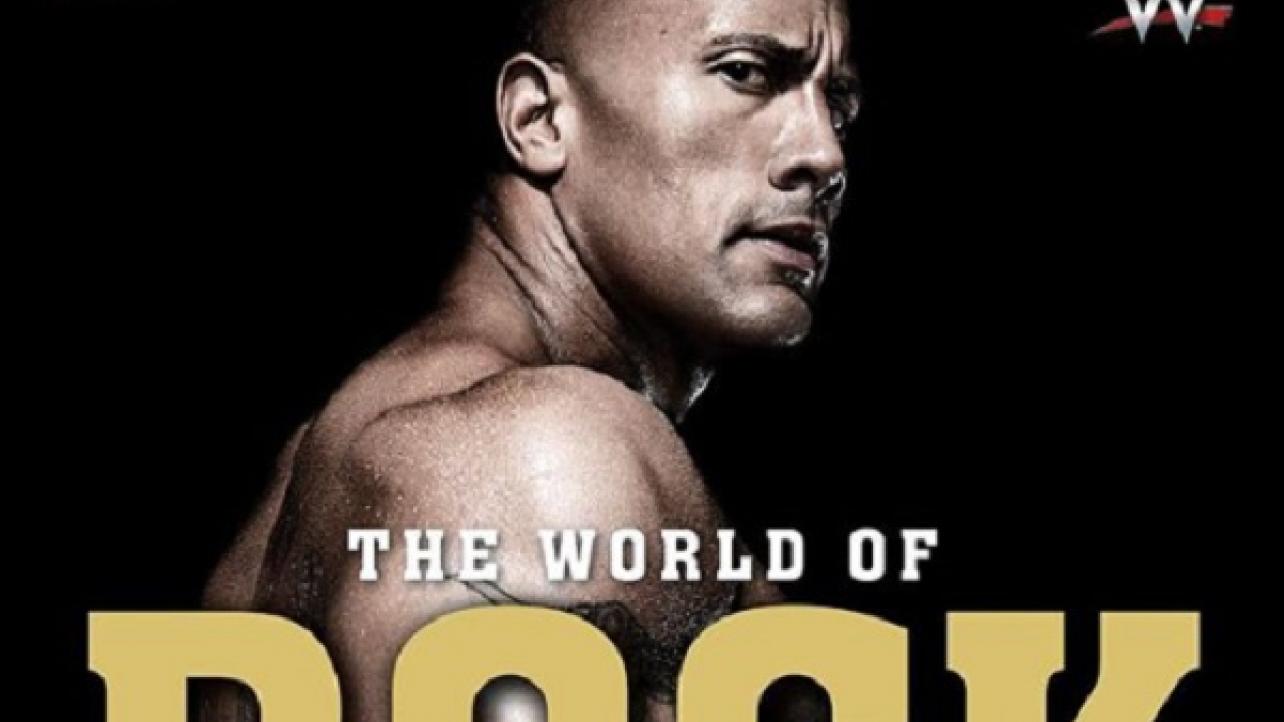 This week, DK Publishing and WWE announced a new book dubbed, “The World of The Rock,” focusing on former WWE Superstar and future WWE Hall Of Famer Dwayne “The Rock” Johnson.

The new book is scheduled to be released on October 2nd. You can pre-order the book now via Amazon.

Featured below is the complete announcement regarding the new book:

The World of The Rock

Celebrate the iconic career of Dwayne “The Rock” Johnson with The World of The Rock, a comprehensive visual guide chronicling his entire career from WWE to one of Hollywood’s most successful box office leading men of this generation.

The Rock, dubbed “The People’s Champion,” made his first appearance in WWE over 20 years ago, in 1996. Then known as Rocky Maivia, he was the first third-generation Superstar in WWE. Since then, The Rock has continued to delight millions of fans around the world with his charisma, catch phrases and championship pedigree—all of which are captured in this stunning book.

Discover The Rock’s fascinating family history, his training and greatest moments as The People’s Champion. The book also chronicles his blockbuster movie career with starring roles in films such as The Scorpion King, San Andreas, Jumanji and the Fast and Furious franchise.

Stunning photography captures The Rock’s career highlights from headlining WrestleMania and his historic rivalries against WWE greats such as John Cena, “Stone Cold” Steve Austin, and Triple H. Timeline spreads break down key moments throughout his career, and Key Match sections show off some of The Rock’s finest moments in the ring.

The World of The Rock reveals the whole story behind “The Most Electrifying Man in Sports Entertainment,” both in and out of the ring and is a must have for fans of all ages.