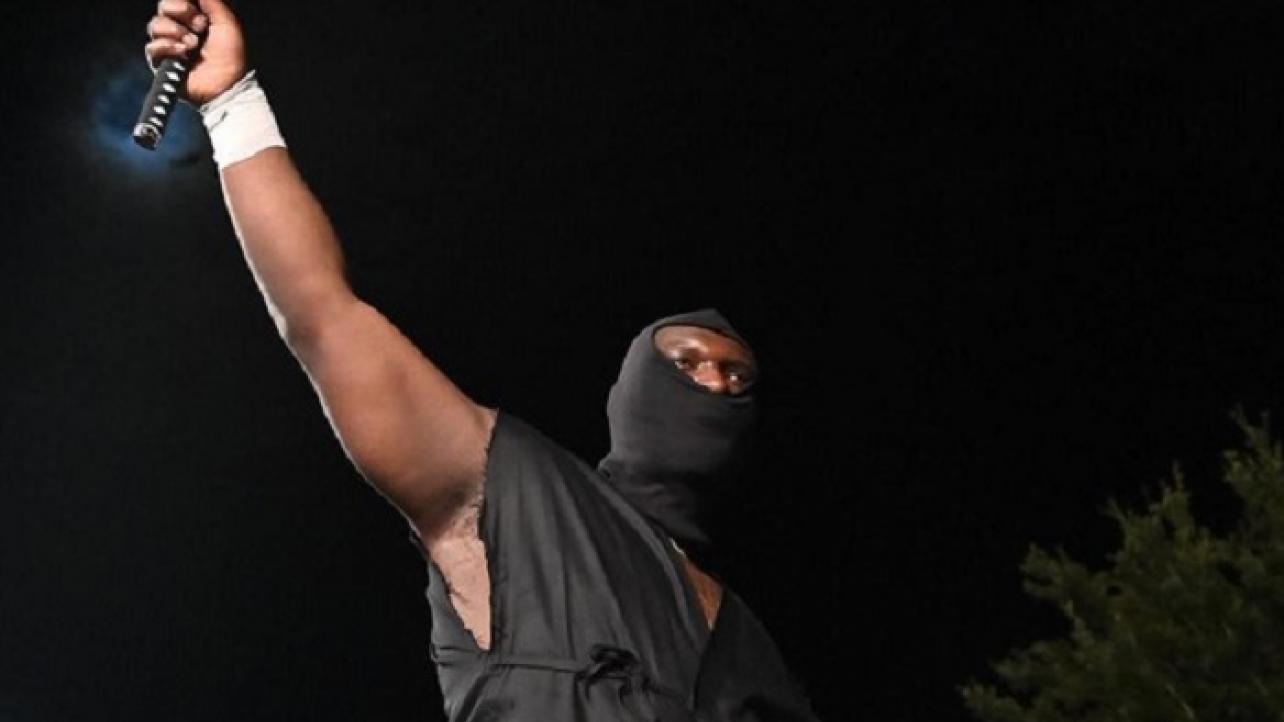 There are several backstage news and notes coming out of the WWE Backlash pay-per-view at the WWE Performance Center in Orlando, Florida on Sunday night.

The identity of the giant Ninja who appeared at last night’s WWE Backlash PPV alongside Akira Tozawa is NXT recruit and developmental wrestler Jordan Omogbehin (see above).

He’s billed at 7’3″ and joined WWE in late 2018. For more photos of the giant — and an additional 7-foot-plus Indian giant that WWE has signed — click here.

It was mentioned on the latest Wrestling Observer Radio at F4WOnline.com that the double count-out finish in the Nia Jax vs. Asuka match was actually not the originally planned finish.

Whatever the original finish was, the change was made late to ensure that Asuka retained her title but that Jax was protected from losing via pin or submission.

WWE has announced that they will be returning to Saudi Arabia for both Crown Jewel and Super Show Down, but no dates were announced.