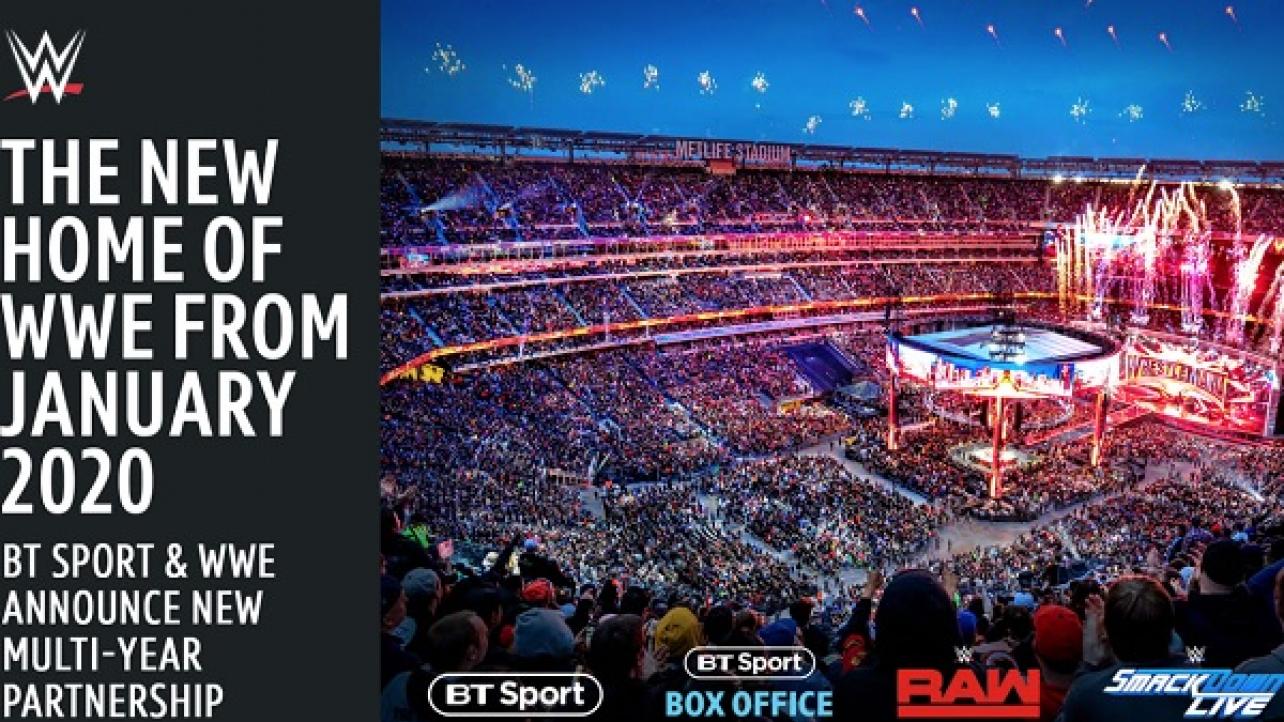 WWE signed a deal to secure a new television home in the United Kingdom and Ireland.

It was announced this week that WWE has signed a multi-year partnership with BT Sport, making the channel their new home in the U.K. and Ireland for the next few years.

The following press release was issued to make the announcement on Thursday morning.

BT Sport will air both Raw and SmackDown exclusively live every week, delivering edge-of-your-seat action and showcasing the world-class athleticism from global Superstars including Roman Reigns, Becky Lynch, Seth Rollins, Kofi Kingston and Charlotte Flair. WWE and BT Sport will also partner across digital and social media platforms to create new content for fans that will increase reach for WWE and drive engagement across the UK and Ireland.

“We are incredibly excited by our new partnership with WWE. It is the most successful sports entertainment brand in the world, with a rich, fun and colorful history, loved by fans across the UK and Ireland. This is a brilliant addition for our customers and we can’t wait to get going in January,” said Andy Haworth, Managing Director Content and Strategy, BT Consumer.