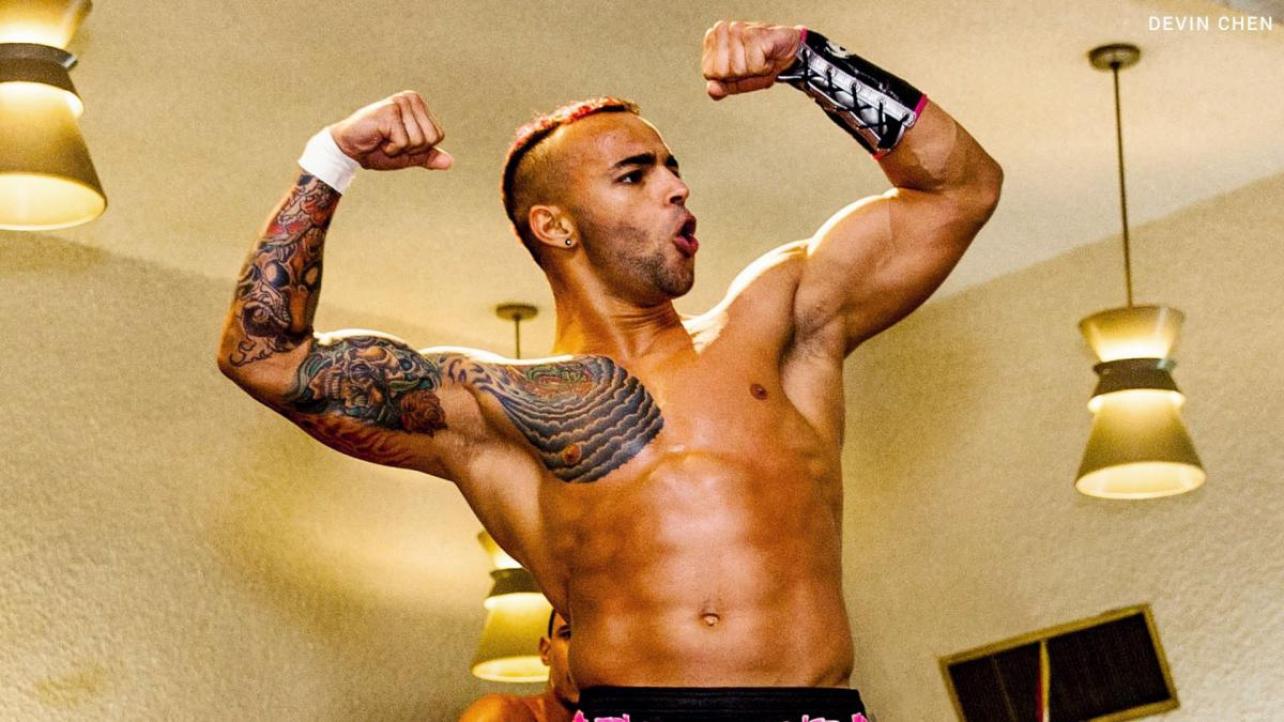 After recently announcing the signing of Trevor Mann (Ricochet), WWE is already hyping up his first Twitter beef.

NXT Superstar Montez Ford of The Street Profits and the WWE developmental newcomer recently had a back-and-forth issue on social media, which WWE capitalized on in the form of an article on their official website.

Check out the complete WWE.com article and the aforementioned tweets below.

Trevor Mann has been at the WWE Performance Center for less than a week, but the acclaimed new recruit appears to already be locked in competition with his fellow athletes in Orlando, Fla. — at least in the weight room.

WWE PC Strength & Conditioning Coach Sean Hayes led NXT Superstars through a Hercules-inspired upper-body workout today, and as a video posted on N’T’s Twitter account reveals, the regimen was a grueling one.

Following the sweat session, Mann — who’s seen in the video doing a set of chin-ups with weighted chains wrapped around him — couldn’t help but take a playful (we think) jab at The Street Profits, suggesting he showed Montez Ford and Angelo Dawkins “how it’s done.”

Today’s workout at the @WWEPerformCtr moved the chains! NXT Superstars were out in full force this morning. Spot any of your favorites? #WeAreNXT #NowWithLowerVolume pic.twitter.com/dg56yoD102

I had to show @MontezFordWWE and @AngeloDawkins how it’s done!!

Never one to let a salvo go unanswered, Ford offered a little context in his response to the WWE PC newcomer:

Following the workout, Mann was overheard saying that he’s coming for the Combine crown in 2018, a reference to NXT’s annual strength-and-conditioning Combine, a competition in which Ford has always been one of the top performers. Could a budding rivalry between the two athletic wonders be shaping up before our very eyes?