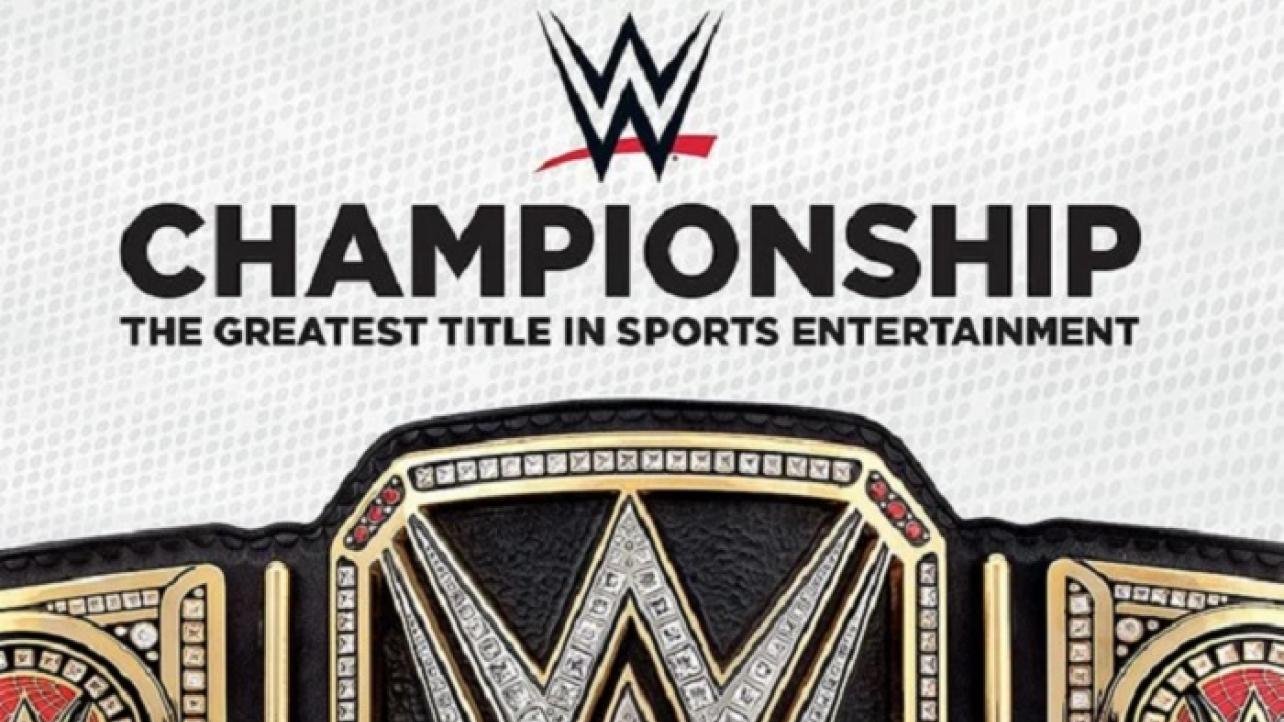 WWE Championship: The Greatest Title In Sports Entertainment Available For Pre-Order In Time For Holidays

The company announced this week that their latest book release through exciting pop-culture hub Hero Collector is now available for pre-order at EagleMoss.com.

“WWE Championship: The Greatest Title in Sports Entertainment” is a deluxe, oversized hardcover book, which measures 11”x 12 ½” and spans 262 pages covering the 50+ WWE Superstars who have held the WWE Championship throughout the 60-plus year history of the iconic pro wrestling / sports entertainment title.

WWE.com released the following announcement regarding the new book, which is manufactured by Eaglemoss Collections

Bruno Sammartino, Hulk Hogan, Bret Hart, “Stone Cold” Steve Austin, The Rock, John Cena, Drew McIntyre and Bobby Lashley are just a few of the more than 50 WWE Superstars and Legends who have held the iconic WWE Championship Title throughout the storied history of WWE. Hero Collector celebrates those champions and more with WWE Championship: The Greatest Title in Sports Entertainment, a deluxe, oversized hardcover book (it measures 11”x 12 ½”) that spans 262 pages.

The book takes a chronological look at each WWE Champion through historic photography and legendary stories. The history of the Championship is brought to life with some of WWE’s greatest matches, including “The Slam Heard Around the World” when Hulk Hogan defeated Andre the Giant at WrestleMania III, the WWE Iron Man Match between Shawn Michaels and Bret Hart at WrestleMania XII, and the Street Fight that pitted Triple H against Cactus Jack at Royal Rumble in 2000.

WWE Championship: The Greatest Title in Sports Entertainment is available for pre-order now here and makes the perfect gift for WWE mega-fans and novices alike.

Jeremy Brown is a writer and editor who has written about pop culture and entertainment extensively, particularly WWE, and was the Deputy Editor of WWE Magazine. Ian Chaddock is a writer and editor who has worked extensively on sci-fi, television, film, music and popular culture in a career in entertainment publishing spanning almost two decades. Richard Jackson is a specialist in the commercial/licensed adaptation of movie, TV and comic characters. He has been with Eaglemoss since 2004, developing and editing magazine and continuity series, and overseeing the creation of die-cast vehicles and figurines. His latest focus is on WWE collectibles and books.

WWE Championship: The Greatest Title in Sports Entertainment is available for pre-order! https://t.co/yv7tIel24K

Fair to say that @HeroCollector_ and @WWE are a bit excited for this one!https://t.co/HDLBhvLR5P pic.twitter.com/HmBenOdgbW

WWE Championship: The Greatest Title In Sports Entertainment Available For Pre-Order In Time For Holidays