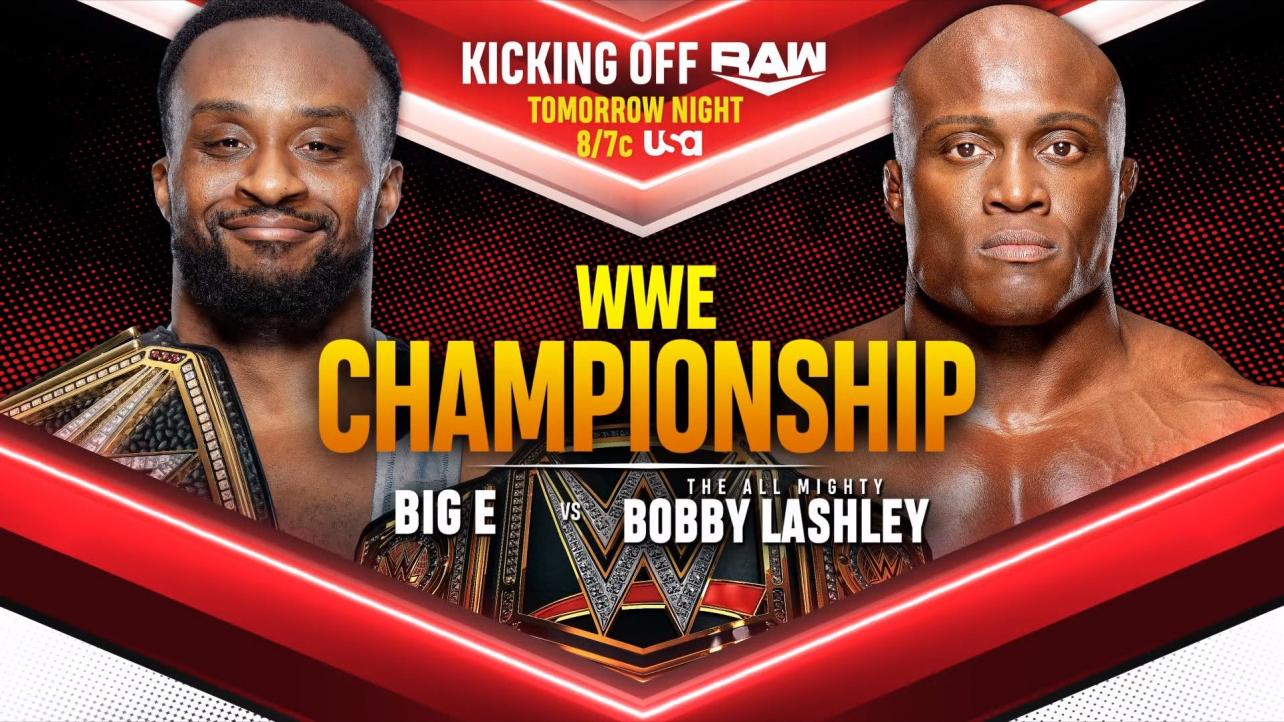 A big championship main event has been announced for this week’s WWE red brand show.

During the WWE Extreme Rules 2021 pay-per-view on Sunday night, Bobby Lashley called out Big E. for a one-on-one showdown for the WWE Championship on Monday Night Raw.

Big E. would address the call-out from Lashley later in the show, ultimately accepting his challenge for a singles match for the WWE title on the post-Extreme Rules 2021 edition of the weekly red brand program.

Later in the show, it was announced that this match will be for the WWE Championship and will be the opening bout on the post-Extreme Rules edition of Raw on Monday night.

Check out the Big E. response to Bobby Lashley’s call-out from Sunday night’s WWE Extreme Rules 2021 PPV via the tweets embedded below.

Make sure to join us here at eWrestling.com on 9/27 for live WWE Monday Night Raw results coverage!