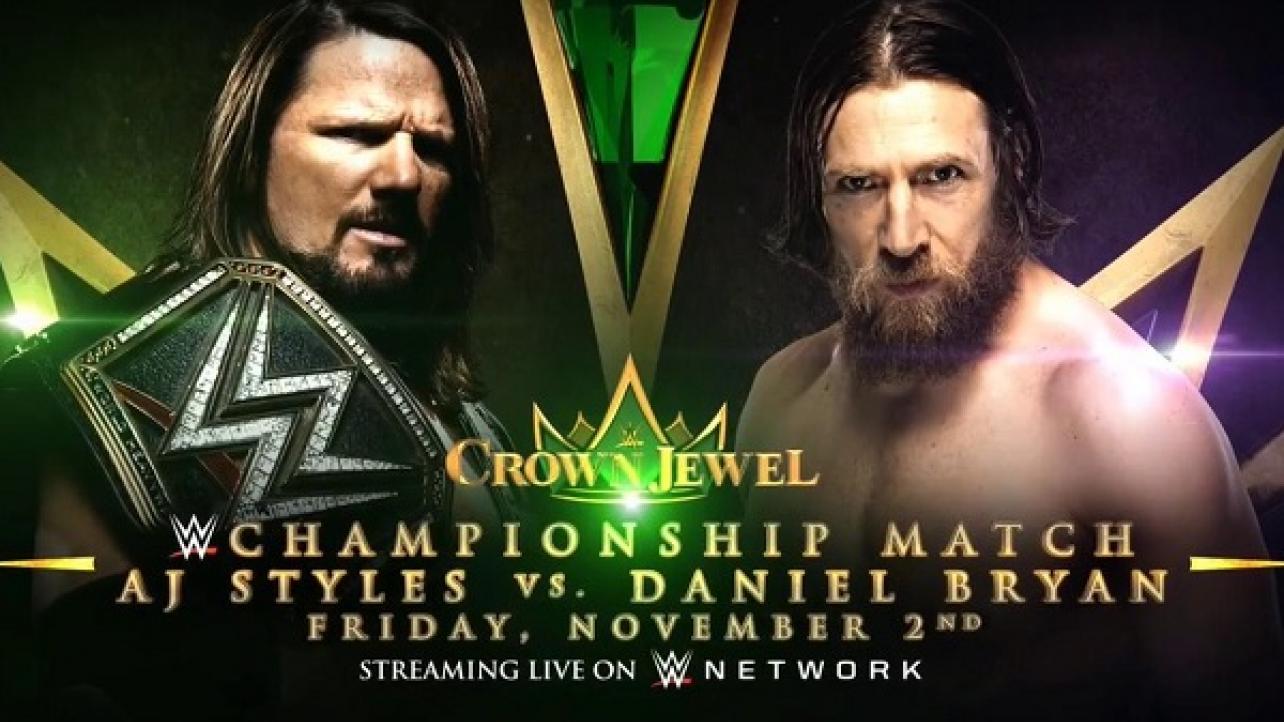 Daniel Bryan defeated The Miz in the number one contender match at the WWE Super Show-Down PPV in Melbourne, Australia this morning. Bryan used a basic cradle after reversing a Skull Crushing Finale attempt from The Miz to score the sudden and unexpected pin just a few minutes into the contest.

Also at this morning’s big show at the Melbourne Cricket Ground, A.J. Styles successfully retained his WWE Championship with another victory over Samoa Joe. “The Phenomenal One” used a Calf Crusher to pick up the submission victory over Joe.

WWE officially announced A.J. Styles vs. Daniel Bryan, a match WWE fans have been craving on a high-profile show, for WWE Crown Jewel, which goes down from the King Fahd International Stadium in Riyadh, Saudi Arabia on Friday, November 2nd. The show will air live via pay-per-view and on the WWE Network.

For complete WWE Super Show-Down results from this morning, click here. Make sure to join us here on 11/2 for live play-by-play results coverage of the WWE Crown Jewel PPV.

When one chapter ends, another opens.
I’ll see you in Saudi Arabia, @WWEDanielBryan. #ThePhenomenalvsTheYes#WWECrownJewel

IT’S OFFICIAL: @WWEDanielBryan will battle @AJStylesOrg for the #WWEChampionship at #WWECrownJewel in Riyadh, Saudi Arabia! pic.twitter.com/DYQI42tnSS