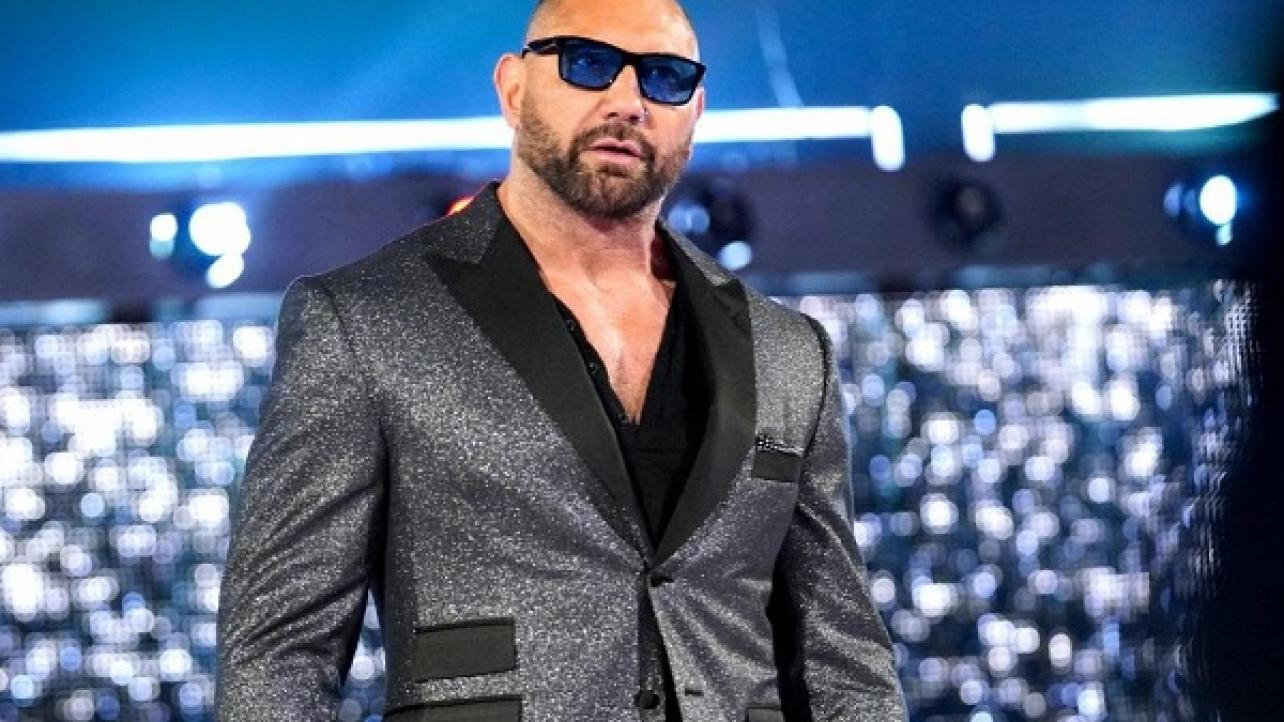 “The Animal” will be returning to WWE RAW this coming Monday night.

WWE announced via their official website and Twitter page on Saturday that Batista will be appearing at the WrestleMania 35 “go-home” show for the red brand to respond to Triple H.

Batista vs. Triple H in a No Holds Barred match is scheduled as one of the featured bouts on this year’s WrestleMania lineup.

WWE.com posted the following on Saturday about Batista returning to RAW this coming Monday night:

Just six days before he makes his in-ring return against his former friend and ally Triple H in a No Holds Barred Match, Batista returns to Raw to respond to The Game. What message will The Animal deliver to Triple H before The Cerebral Assassin puts his career on the line in one of WrestleMania’s most bitter and personal contests?

Make sure to join us here at eWrestling.com on 4/1 for live play-by-play results coverage of the WrestleMania 35 “go-home” edition of WWE RAW!

Just six days before his in-ring return at #WrestleMania 35, @DaveBautista responds to #TheGame @TripleH on #RAW, this Monday at 8/7c on @USA_Network! https://t.co/OkPnmq9h1R